Unlike Amazon and Roku, Google will be live-streaming its “Launch Night In” event to the general public, (https://launchnightin.withgoogle.com) and is expected to announce a new top-of-the-line Pixel smartphone, an updated Chromecast streaming device, smart speakers and, possibly, displays under the Nest brand name.

The Pixel 5 phone is expected to connect to the new fast, wireless standard of 5G, as is the recent Pixel 4A, which will be updated for 5G. According to tech blogger Jon Prosser, the Pixel 5 could sell for $699 and come with 128 GB of storage and the Pixel 4A with 5G will sell for $499. 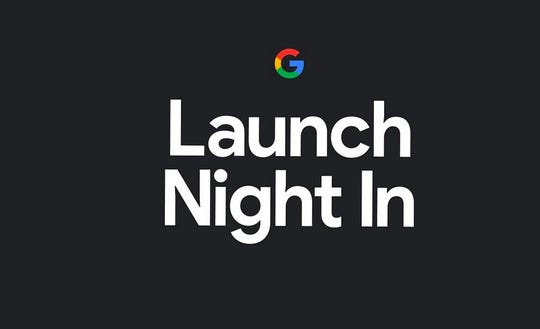 It has already been leaked but, cause so many of you asked me to share my own, this is your closest look yet at which I assume #Google will soon launch as #Pixel5.

This year Google will find even tougher competition. Samsung is releasing a budget version of its flagship Galaxy S20 series, named the FE, for $699, as opposed to $1,399 for the top-of-the-line model. Additionally, in October, Apple is expected to release four new editions of the iPhone, starting at under $700. The FE and new iPhones, as well as the new Pixel, are expected to connect to 5G.

Prosser says he doesn’t believe the new Pixel will change Google’s track record of not selling lots of phones. “I honestly don’t think Google is trying to sell hardware,” he says.

Beyond the new Pixel phones, Google is expected to offer a new edition of the Chromecast streaming device, which has already shown up this week on Home Depot and Walmart shelves. The difference this year: the $49.99 unit comes with a remote control, which it has lacked in the past.

The Home Depot is selling Google’s new Chromecast before it’s been announced https://t.co/7GrTnu5pGcpic.twitter.com/uu4YPxaNCG

In the smart speaker competition, Amazon last week announced updated editions to its Echo line, with a redesigned look that ditched the old coffee can motif for a new, round, spherical look.

Amazon dominates smart speaker sales, with Google a distant No. 2.

This week Roku announced updates to its streaming players, which included the ability to beam programming directly from iPhones to the TV, via its devices, which is similar to what Google pioneered with Chromecast when it first launched in 2013.

Apple earlier this month introduced updates to the iPad and Apple Watch. Analysts expect Apple in October to hold its last major tech product event of the year to launch the new iPhone.