In an election year like no other, the first debate between President Donald Trump and his Democratic challenger, Joe Biden, could be a pivotal moment in a race that has remained stubbornly unchanged in the face of historic tumult. (Sept. 29)

Joe Biden is putting pressure on Facebook to take down President Trump’s posts containing voting misinformation as the two prepare to face each other in the first presidential debate.

In a letter to Facebook CEO Mark Zuckerberg on Monday, the Biden campaign accused the social media giant of regressing in its mission to aggressively fight misinformation about the 2020 election by not barring posts from the president that misrepresent the voting process. At issue are statements by the president that cast doubt on the legitimacy of mail-in ballots.

“Facebook’s continued promise of future action is serving as nothing more than an excuse for inaction,” according to the letter obtained by news service Axios. “Your platform is the nation’s foremost propagator of disinformation about the voting process.”

Facebook, which has taken fire from both sides of the aisle, responded with a written statement.

“While many Republicans think we should take one course, many Democrats think we should do the exact opposite. We’ve faced criticism from Republicans for being biased against conservatives and Democrats for not taking more steps to restrict the exact same content,” the statement reads. “We have rules in place to protect the integrity of the election and free expression, and we will continue to apply them impartially.”

This isn’t the first time the Biden campaign has gone after Facebook. 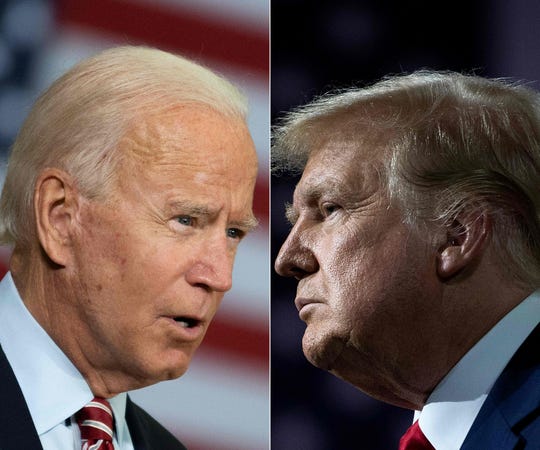 In June, it circulated a petition and a letter to Zuckerberg demanding that Facebook strengthen its misinformation policies to hold politicians, including Trump, accountable for spreading falsehoods.

Tech platforms are at the center of a deeply partisan debate ahead of the presidential election, with Democratic lawmakers and civil rights leaders calling on them to stem the flow of misinformation and hate speech, while conservatives – including Trump – accuse them of suppressing GOP speech.

Biden demands Trump crackdown: Facebook must crack down on Trump, disinformation ahead of presidential election

Save the Children? QAnon fabricates pedophile claims against Joe Biden as 2020 election looms

Facebook is pulling out all the stops to encourage more Americans to cast their ballots, part of an unprecedented effort by social media companies to increase turnout during a highly contentious election cycle in which a record number of Americans are expected to vote by mail due to the coronavirus pandemic.

This latest get-out-the-vote drive from a major social media company is a nod to the vast influence these platforms have on American political life and an acknowledgment of the harm from foreign interference and rampant misinformation in previous election cycles.

A major recruitment drive by Facebook to address the coronavirus-caused shortage of poll workers on Election Day has spurred 100,000 people to volunteer to work at polling stations, the social media giant told USA TODAY exclusively on Tuesday.

More than 1.7 million clicked on a notification at the top of the Facebook app to sign up with election officials in their state. Facebook says it estimates that 100,000 people enlisted as poll workers as a result of the campaign which was shown to users in the U.S. over the age of 18.