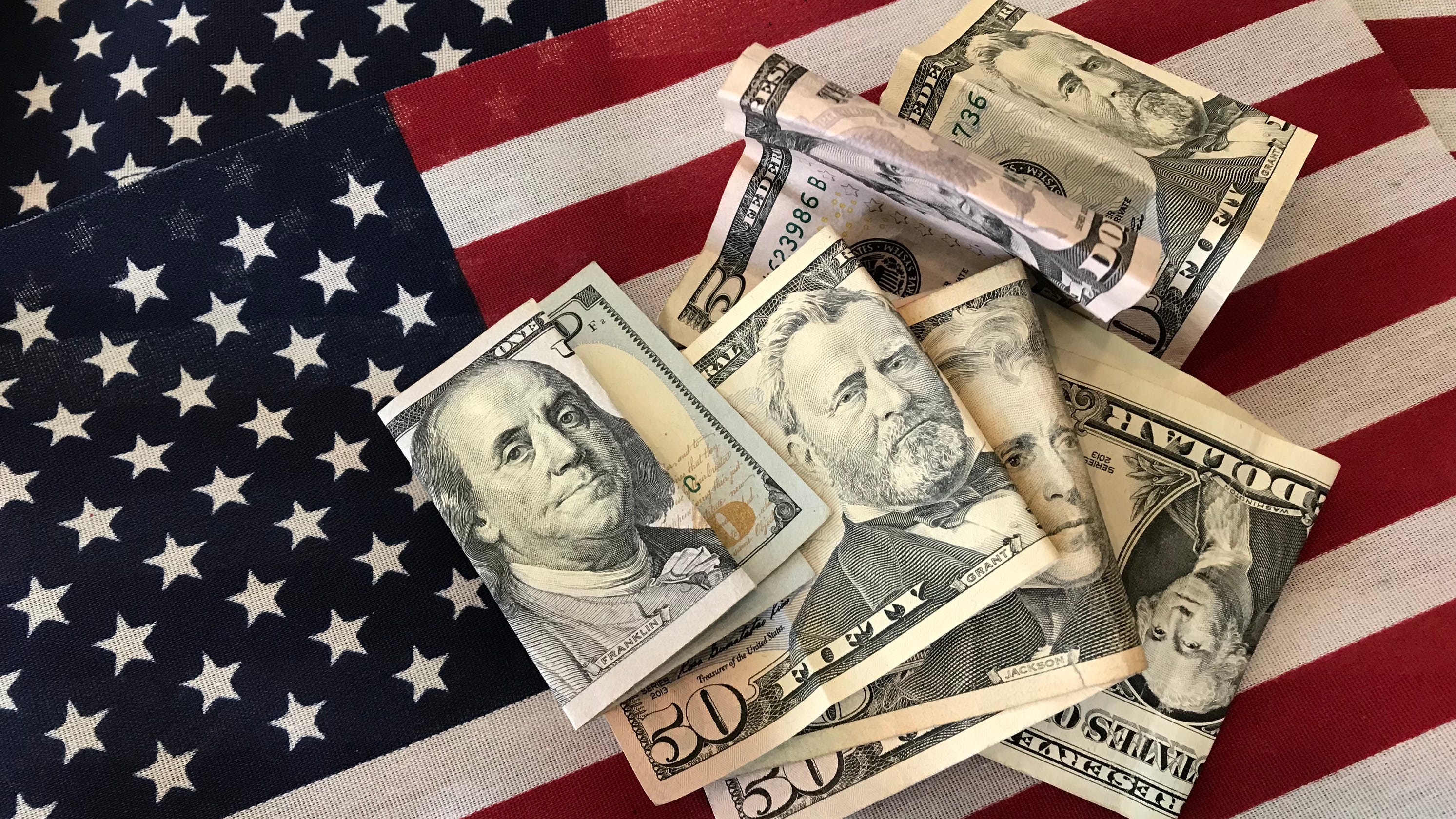 Roughly 9 million people across the country are receiving letters from the IRS about how to claim those missing stimulus checks.

Millions of people, many living on limited incomes, have yet to get their hands on money that could help pay the rent, cover grocery bills, handle car repairs and pay for other essentials.

And they’ve been waiting and waiting ever since the Economic Impact Payments began rolling out five months ago.

Now, they’re looking at a looming Oct. 15 deadline — if they don’t want to wait well into 2021 to get their money.

How many people haven’t received those payments yet is debatable. The Internal Revenue Service and the Department of Treasury do not know how many eligible people have yet to receive a stimulus payment, according to a new report by the U.S. Government Accountability Office. 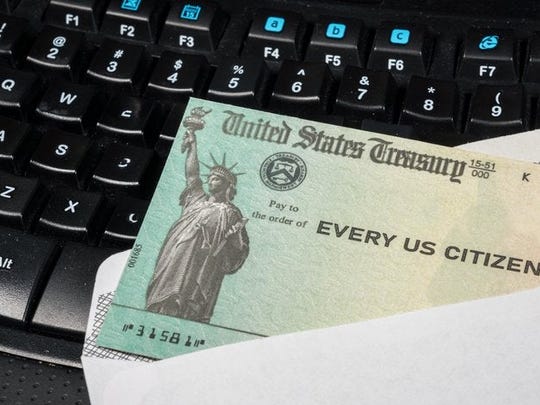 “Not everyone eligible was able to be initially identified,” the GAO report stated.

The GAO noted the U.S. Treasury and the IRS have issued stimulus payments to all eligible individuals for whom IRS has the necessary information to do so.

But a lack of updated information on how many eligible recipients have yet to receive a payment, according to the GAO, could hinder outreach efforts and place potentially millions of individuals at risk of missing their payment.

Theoretically, one might think if the IRS could mail you a letter, well, they could simply mail you the check.

But the letters are going to people that the IRS isn’t quite sure about when it comes to the size of the checks, or even if someone is really qualified to receive stimulus cash.

Why am I getting an IRS letter?

The IRS goes so far as to warn that “receiving a letter is not a guarantee of eligibility.”

The group being targeted involves people who haven’t filed a federal income tax return for either 2018 or 2019.

“Based on an internal analysis,” the IRS said, “these are people who don’t typically have a tax return filing requirement because they appear to have very low incomes based on Forms W-2 and 1099, and other third-party statements available to the IRS.”

People are likely eligible, according to the IRS, if they:

Also it’s important to know that people can qualify for stimulus money, even if they don’t work.

The IRS wants those who receive letters to enter personal information at the “Non-Filers: Enter Payment Info” tool on IRS.gov/eip before the Oct. 15 deadline.

You can provide bank account information to receive the money via direct deposit; or you can wait for a check to be mailed. 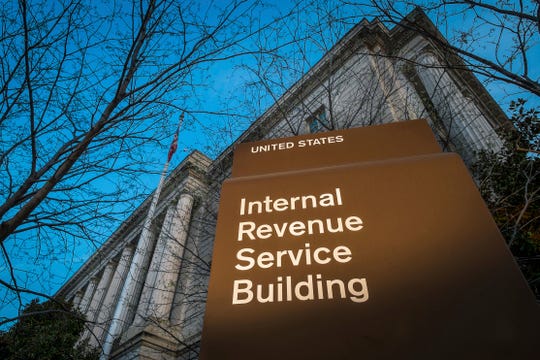 Roughly 9 million people across the country are receiving letters from the IRS about how to claim those missing stimulus checks. (Photo: J. David Ake, AP)

Who shouldn’t use a non-filer tool?

Another key point: Families eligible to receive tax breaks, such as the Earned Income Tax Credit or Child Tax Credit, cannot use the Non-filer tool. To obtain their stimulus money, they would need to file a regular tax return as soon as possible. The IRS said it would use their tax return information to determine any possible Economic Impact Payment.

You are not supposed to use this “non-filer” tool if you’re required to file a 2018 or 2019 federal income tax return but you’ve not done it yet, either.

And you should not use the tool if you can be claimed as a dependent on someone else’s return.

More than 7 million people, according to the IRS, have used this tool to obtain stimulus money.

Much, of course, was confusing about the rollout of the stimulus payments ever since April. At times, the online tools that were created to help the situation added to some of that confusion.

Many people did not need to do anything to receive their economic stimulus money, but others will need to take action now.

Michigan is one of the states with a sizable number of people who will be receiving letters about the missing stimulus cash, which they could be owed as part of the coronavirus relief package. The IRS said 270,590 letters will be mailed to people in Michigan.

The letter, known as a Notice 1444-A, gives a phone number of 800-919-9835 for those who want assistance regarding Economic Impact Payments.

The letter also notes: “If you were required to file a 2019 federal income tax return, the best and fastest way to claim your EIP is to electronically file your 2019 tax return immediately. If you already filed a 2019 tax return, you can check the status of your EIP by visiting IRS.gov/eip and clicking ‘Get My Payment.’ ”

People who aren’t required to file tax returns do not make very much money during the year.

Millions of people, many living on limited incomes, have yet to get their hands on money provided by the federal government’s stimulus checks that could help pay the rent, cover grocery bills, handle car repairs and pay for other essentials. (Photo: fizkes / Getty Images)

What happens if you miss the Oct. 15 deadline?

You won’t lose out on the stimulus money, but you will have to wait until 2021 to get that money.

After Oct. 15, the IRS notes, the only way to claim the Economic Impact Payment will be to file a federal income tax return.

While many people have benefited significantly from receiving extra cash during the economic downturn and the coronavirus pandemic, it’s clear that the process of getting money into the hands of many in deep need has fallen short.

More could need to be done at some point, perhaps even into 2021, given that many people in this group don’t typically file an income tax return.

A GAO report issued Sept. 21 recommended that Treasury work with the IRS to “update and refine the estimate of eligible recipients who have yet to file for an EIP to help target outreach.”

The IRS and Treasury pointed to the 9 million letters being sent, as well as other efforts.

The IRS stated: “This significant, ongoing effort has been nationwide in scope involving thousands of partners inside and outside the government, ranging from federal, state and local agencies to nonprofits and groups working with the homeless and historically underserved communities. Outreach materials have been distributed in more than 35 languages. This effort has already brought in about 7 million people who don’t normally file a tax return.” 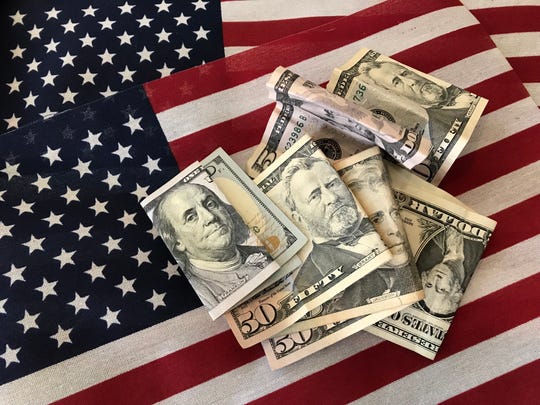 Stimulus cash that was part of the coronavirus relief package will continue to roll out via direct deposit and actual checks in April and early May, though some may get their money later. (Photo: Susan Tompor, Detroit Free Press)

The IRS further defended its work by suggesting its focus has been getting out more checks and information instead of tallying the numbers that remain waiting for money.

“Instead of re-estimating this number, IRS and Treasury have prioritized focusing on getting actionable information to assist individuals who may be eligible for an EIP to claim one,” the IRS said in a statement.

Unfortunately, though, many people who don’t typically file tax returns are still going to need to take some action if they didn’t receive the stimulus payments yet. Making that Oct. 15 deadline is essential to getting the money as quickly as possible.