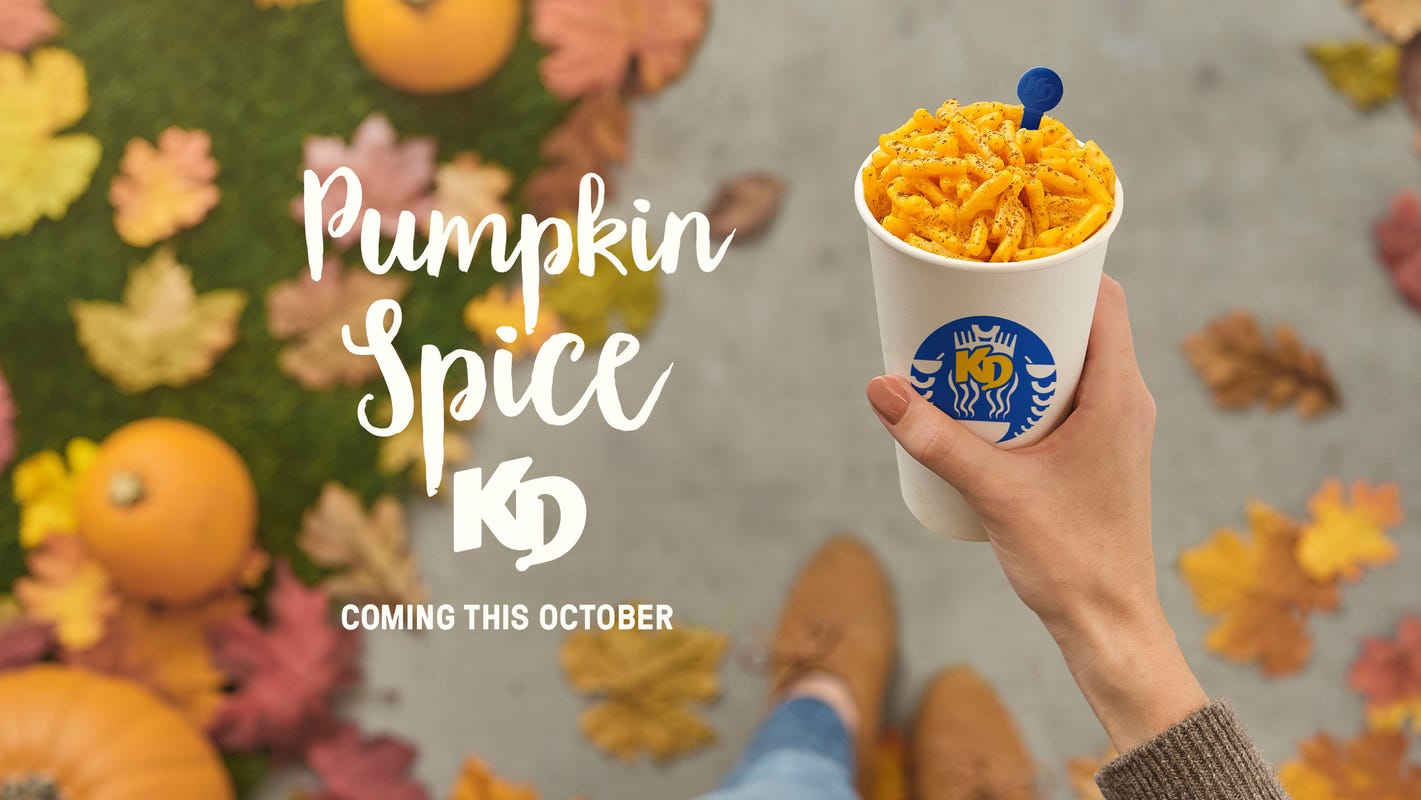 Kraft Heinz is kicking things up a notch in this year’s race to infuse pumpkin spice into everyday foods that might be best left alone.

Just when you thought 2020 couldn’t get more bizarre, the food and beverage company has unveiled pumpkin spice macaroni and cheese in a Starbucks-style cup.

The dish is made using the brand’s classic cheese powder and noodles but topped with hints of cinnamon, nutmeg, allspice and ginger. Only 1,000 people will get a chance to try it, and it’ll only be available in Canada.

“Ever wondered what (Kraft Dinner) with Pumpkin Spice would taste like?” the brand asks on its website. “Probably not, but we made it anyway.” 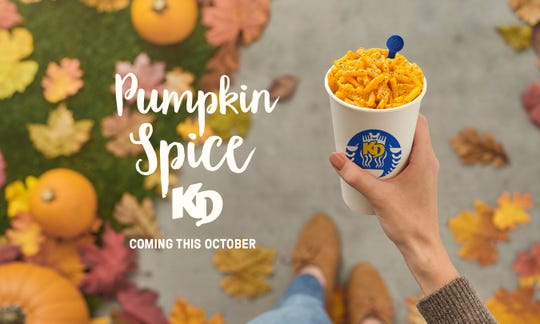 In a press release, Kraft Heinz said its latest release “ain’t no basic batch” and the box will come with a fork, a white, coffee-style cup reminiscent of pumpkin-spice lattes from Starbucks, and it’ll have the recipient’s name written on it “spelled wrong of course,” the company says.

Deliveries will be made in October.

The Pumpkin Spice trend has been around for years and was seemingly launched by Starbucks when it introduced its wildly popular Pumpkin Spice Latte more than 15 years ago. As the years have gone on, however, brands have gone bigger and bolder with their autumnal offerings.

In 2019, the world was introduced to actual pumpkin spice Spam, which the brand jokingly teased back in 2017. Hersey’s unleashed orange pumpkin pie Kit Kats as if the classic wrapped chocolates weren’t fine the way they were. And Fresh Market rolled out pumpkin spice-flavored salsa for your to dip your chips in.

The cultural phenomenon seems to kick off earlier each year, well before the official start of fall in late September. Dunkin announced its lineup of pumpkin-flavored treats and drinks in early August. Not long after, 7-Eleven announced that its pumpkin spice coffee was making an early appearance.