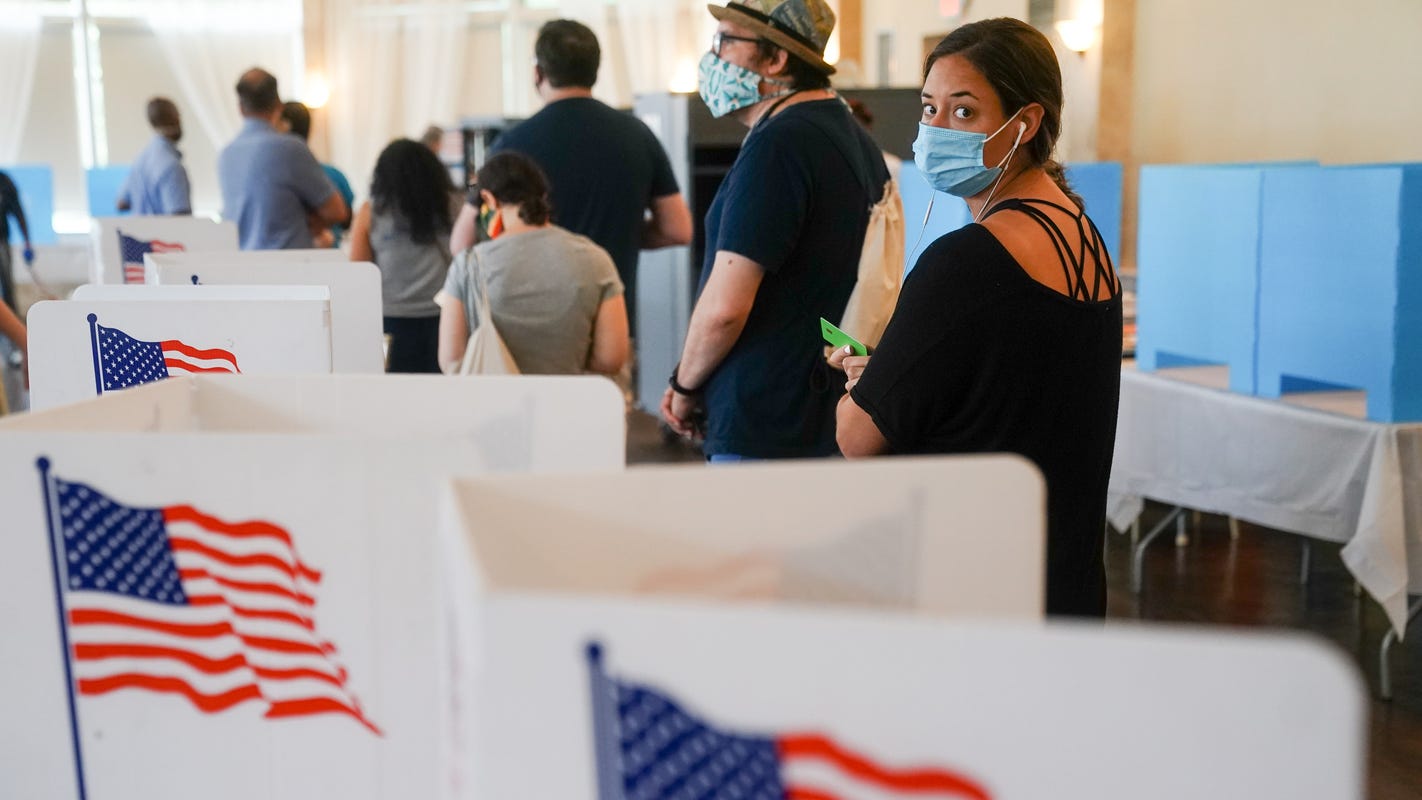 The coronavirus pandemic has narrowed a longstanding divide between most Republicans and Democrats on a wide range of proposals to support the U.S. economy, from raising the minimum wage to making childcare more affordable, challenging the conventional belief that Americans are divided heading into the 2020 election.

A Public Agenda/USA TODAY/Ipsos survey reveals that Americans across the political spectrum support many measures to create good jobs and boost opportunity. The poll of Democrats, Republicans and Independents is part of the three organizations’ Hidden Common Ground project, which seeks to explore areas of agreement on major issues.

Most Americans, regardless of party affiliation, support proposals to raise the minimum wage; make childcare more affordable; and provide anti-discrimination policies that would help their communities build a strong economy that gives everyone the chance to succeed.

While most Americans think the economy is rigged to benefit the rich and powerful, most also think it is okay for the rich to get richer as long as everyone has a chance to succeed. The survey of more than 1,000 adults was conducted from August 28-31.

“The divide we’re seeing between Republicans and Democrats isn’t really a division about where Americans want the county to go. It’s much more about a ‘us vs. them’ mentality,” says Jackson. “But in the policy domain, most people are actually on the same page.”

For years, the Republican-majority Senate has refused to consider any hike in the federal minimum wage, including a bill passed by the Democratic-dominated House last year to more than double the amount from $7.25 to $15 an hour. More Americans favor the proposal, however, suggesting there could be space for negotiation on how much to increase the minimum. The federal minimum wage hasn’t changed since 2009.

Lisa Toner, a registered Republican, is one of those Americans who supports raising the minimum wage. She works as a certified home health care aid in North Tonawanda, New York, outside of Buffalo, making $16.50 an hour. She favors a system where low-skilled workers would start at minimum wage, setting a floor from there to boost wages for those with more experience.

“People who are older and have more experience should have their starting pay above the minimum wage. It makes me upset that someone flipping burgers is making almost as much as me,” says Toner, 49, who added that she is still on the fence on whether to vote for President Donald Trump or Democratic nominee Joe Biden in the U.S. presidential election in November.

Lee, who worked in law enforcement for a quarter of a century in Indiana, made $25 an hour. In the late 1990s, she and her husband moved to Michigan after he retired from more than 30 years of work at a General Motors factory. She took a job as an auditor at a casino for the next 15 years, making $13 per hour before retiring in 2012.

“If people are working, they need to have a livable wage,” says Lee, 69, an Independent who remains undecided on whether to vote red or blue ahead of the election.

The push to reopen the economy during the COVID-19 pandemic has left millions of working parents in a bind as they struggle to return to work without someone to care for their children, who are attending school from home. Three-quarters of Americans (77%) support making affordable, high-quality childcare available to all families, including most Republicans (71%), Democrats (86%) and Independents (75%).

Kevin Moses, a Democrat, wants  affordable childcare. He also supported a hike in the minimum wage.

Moses, who lives in Columbia, Tennessee, has been on disability for 15 years. He previously worked in a steel factory for nearly two decades making $13.75 an hour.

Toner and Lee agree there should be affordable childcare.

Still, most Americans (68%) like Moses say strong anti-discrimination policies would make a difference to their community economically.

“Blacks really endure unnecessary hardship when it comes to getting decent jobs in the South,” says Moses, who added that he plans to vote for Biden. “Stereotyping and profiling usually limit opportunities to get better positions.”

Lee, however, was torn on whether racial discrimination has made it harder for people of color to succeed in her community, she says. She still agreed that anti-discrimination policies would help her local economy.

Most Democrats (60%) agree that racial discrimination makes it more difficult for people of color to succeed, compared with 28% of Republicans and 30% of Independents. To be sure, most Republicans (61%) and just over half of Independents (54%) think that having strong anti-discrimination policies that ensure everyone is treated fairly would help their community thrive economically.