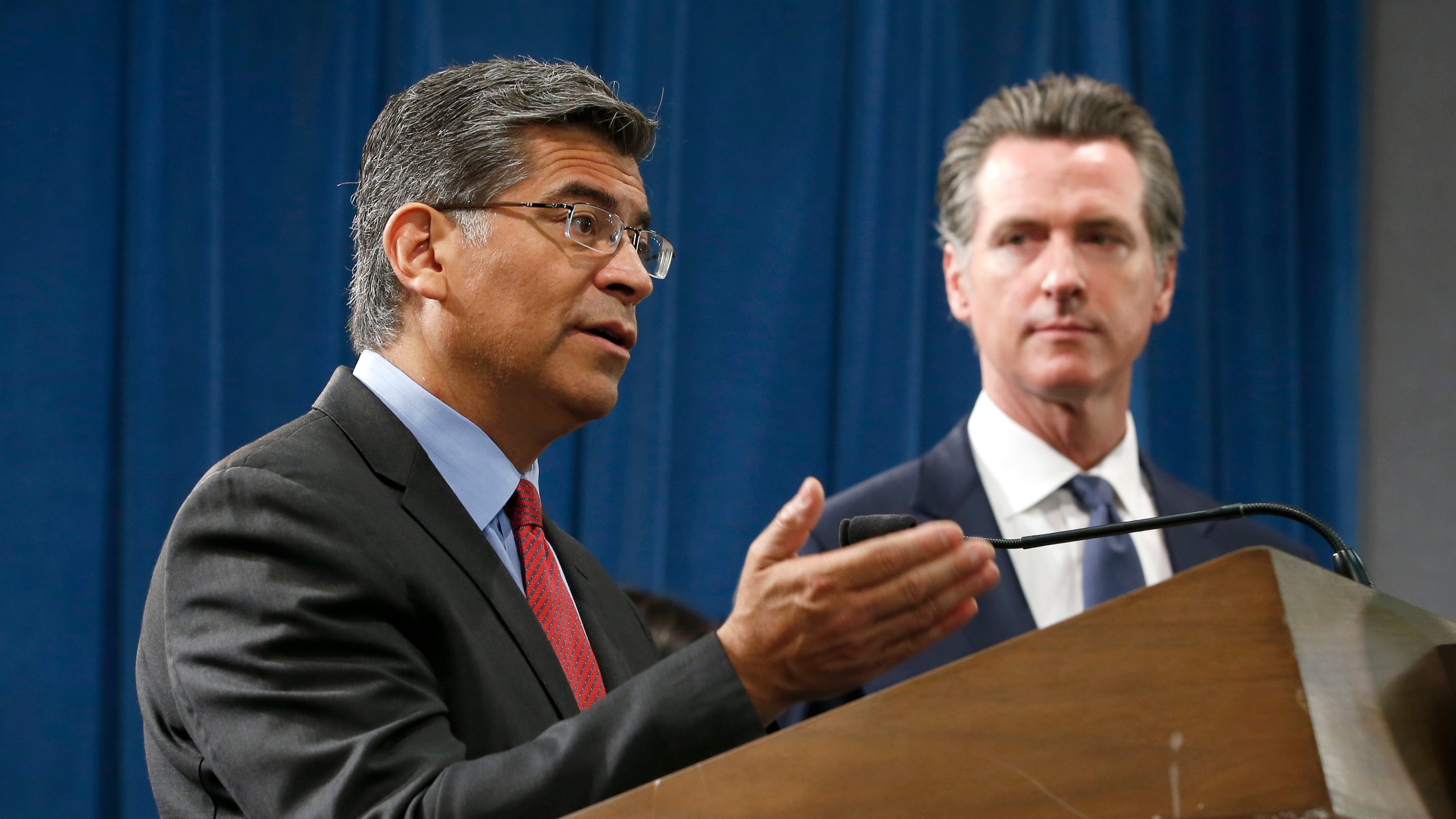 California Gov. Gavin Newsom signed an executive order Wednesday that will ban the sale of new gasoline-powered cars and other passenger vehicles in the state by 2035. The move was among a number of actions the Democratic governor announced aimed at slashing the state’s greenhouse gas emissions and other pollution.

The executive order will not prevent Californians from owning gasoline-powered cars or selling them on the used car market, according to the state.

Hydraulic fracturing, a method of oil and gas extraction known as fracking, could also end be on the Golden State’s chopping block. Newsom said he is working with the California Legislature to ban the practice by 2024. The order also aims to create new health and safety regulations “that protect workers and communities from the impacts of oil extraction.”

Newsom announced his order standing in front of a line of electric vehicles from brands including Audi and Tesla and flanked by California Air Resources Board Chair Mary Nichols.

California Attorney General Xavier Becerra, left, flanked by Gov. Gavin Newsom, discusses the lawsuit the state has filed against the Trump administration’s new rules blocking green cards for many immigrants who receive government assistance, during a news conference in Sacramento, Calif., Friday, Aug. 16, 2019. California, three other states and the District of Columbia filed the suit Friday against some of the administration’s most aggressive moves to restrict legal immigration that are supposed to take effect in October. (AP Photo/Rich Pedroncelli) (Photo: Rich Pedroncelli, AP)

“Of all the simultaneous crises that we face as a state and I’d argue as a nation – for that matter from a global perspective – none is more important, none is more forceful than the issue of the climate crisis,” he said.

Newsom’s order begins by stating that “the climate change crisis is happening now, impacting California in unprecedented ways, and affecting the health and safety of too many Californians.” It goes on to note the impact of the economic devastation wrought by the COVID-19, saying that “as our economy recovers, we must accelerate the transition to a carbon-neutral future,” including an emphasis on getting climate solutions to low-income areas.

A live stream of Newsom’s announcement, scheduled for 10:30 a.m. Pacific time, can be viewed here.

According to the state, the transportation sector accounts for more than half of California’s carbon emissions, 80% of its smog-forming pollution and 95% of diesel emissions. California, the nation’s most populous state, has about 40 million people and there were more than 36 million paid vehicle registrations in the state in 2019, according to the Department of Motor Vehicles.

He added that there are 34 manufacturers of electric vehicles in California, the most of any state in the country, with a combined market capitalization of nearly $500 billion. He said the state’s second-largest export is electric vehicles, and the green economy “broadly defined” accounts for five times as many jobs in the state as the oil and gas industry.

“This is the next big global industry,” Newsom said, “and California wants to dominate it.” He noted that California-based Tesla, for example, had said just this week that it expects to produce a $25,000 electric car within three years due to advances in battery technology.

He said California’s move would push U.S. auto manufacturers to “enhance and advance” their competitiveness globally and noted that other countries including China, Japan and Israel have also set benchmarks for adopting electric vehicles. He praised Ford as one automaker that “gets it” but said others have yet to. “They are on the wrong side of history,” Newsom said.

CARB will be tasked with developing the regulations mandating that all cars sold in-state beginning in 2035 are “zero-emission” vehicles. The state predicts that the move will result in a more than 35% reduction in greenhouse gas emissions and an 80% reduction in certain toxic fumes present in vehicle exhaust.

The board will be responsible for creating additional regulations mandating zero-emission medium- and heavy-duty trucks by 2045 “where feasible,” the governor said. Newsom’s order also instructs the state to greatly expand charging infrastructure to support the expected surge in electric vehicles.

Sales of plug-in electric vehicles have grown quickly over the past decade, according to the U.S. Department of Energy, although the number sold across the country dropped slightly between 2018 and 2019.

The five hottest years on years in recorded human history have been the past five years, and atmospheric carbon dioxide emissions have spiraled well above what scientists labeled as safe levels. While Newsom was touring one of the fires that have torched more than 3 million acres in California this year, shattering the previous record, he said, “This is a climate damn emergency.”

More: These 1990s vehicles are hot on the collectible car market

In June, the air resources board passed new rules calling for all new trucks sold in the state to be zero-emission by 2045. The state is also locked in a legal battle with the Trump administration over passenger vehicle fuel efficiency standards, one of about 50 environmental lawsuits that state Attorney General Xavier Becerra has launched against the Trump administration.

Newsom said he had recently heard a pundit describe California as “a nature hike through the Book of Revelations” and the governor said the state needed to deliver “more than platitudes” on climate change.

His order, he said, was intended to be “as bold as the problem is big.”

Janet Wilson and Mark Olalde cover the environment for The (Palm Springs) Desert Sun, part of the USA TODAY Network. Follow them on Twitter: @janetwilson66 and @MarkOlalde.