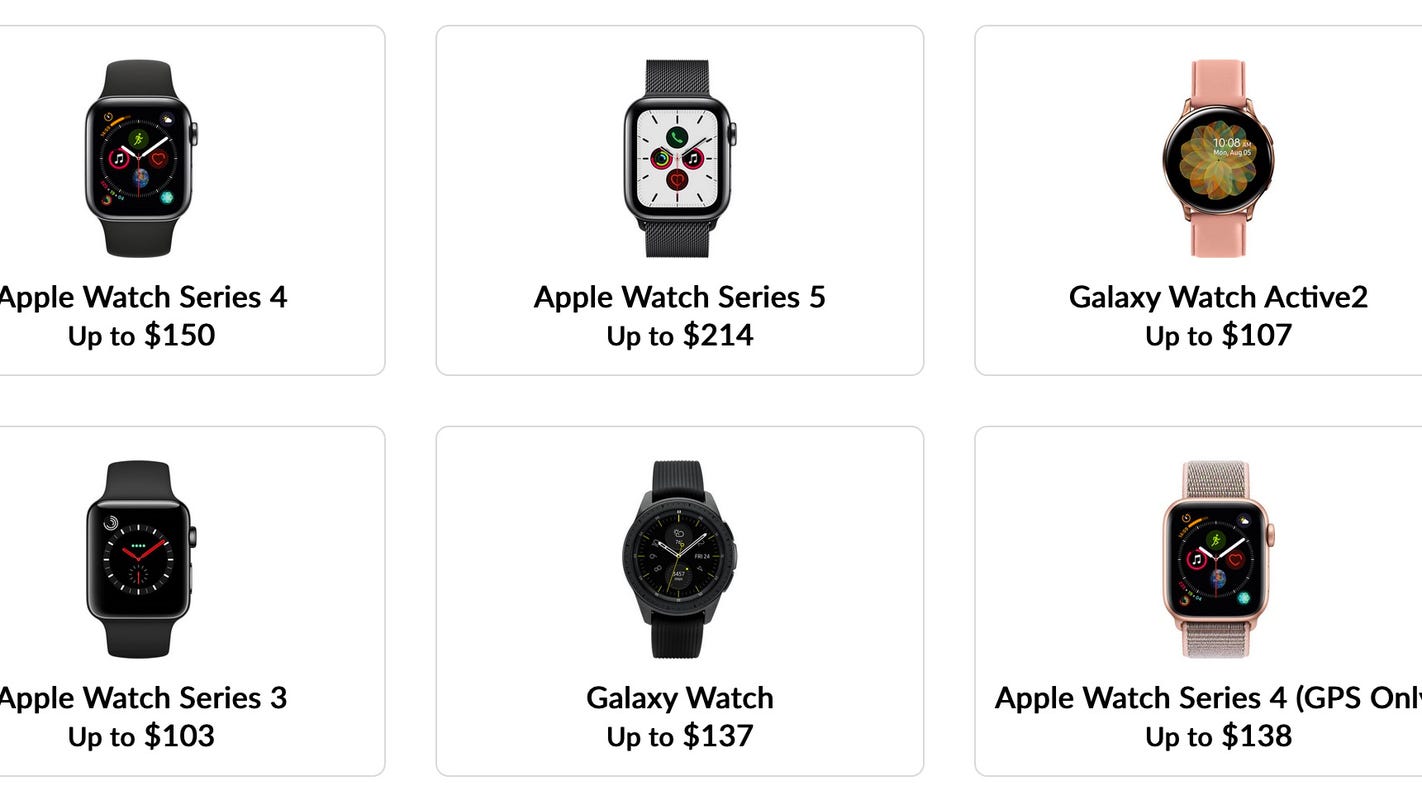 Just like for used phones, a cottage industry is emerging to resell old Apple and Samsung watches.

Apple and Best Buy offer trade-in programs, but they pay less than dedicated trade sites like Trademore and DeCluttr, which offer about 40% of the original price, depending on the condition of your device.

This year’s Series 6 replaces the Series 5 for the same price as last year’s model, and has a few new features, most notably a blood oxygen reader.

How much is my Apple Watch worth?

The caveat is that the devices must be in good condition. The sites pay less for ones that aren’t in the best shape.

Samsung offers a $116 discount for trade-ins of Galaxy phones, tablets and previous watches for the new Galaxy Watch 3, which starts at $369.

(DeCluttr offers from around $50 for the Galaxy Watch to as high as $137 from Trademore.)

Gazelle, one of the top sites for buying used smartphones, doesn’t pay cash for watches. Swappa, a site for buying and selling, is like a Craigslist in that it connects buyers and sellers and takes a cute. It says the 40mm Series 5 Watch averages a resale price of $359.

Sold! Before you send that watch off…

Before shipping your watch to send back to Apple, the company says “You are solely responsible for removing all data, including confidential and personal data, from the device prior to shipping.”

How to do that: On its website, Apple says to open the Watch app on the iPhone, go to the My Watch tab, tap All Watches, then the info button next to the Watch and choose Unpair Apple Watch.

An easier way to do it might be just to get it done on the Watch itself by clicking Settings > General > Reset > Erase All Content and Settings.

How to erase content from Apple Watch (Photo: Apple)

On the Watch, press the Home button and go to the Apps screen.

Tap Settings, then General and Reset.

Click the “reset networks,” button, which will revert the unit back to its factory settings.