Stocks on Wall Street shrugged off an early slide and closed higher Tuesday, halting the first four-day losing streak since the market was selling off in the early days of the pandemic. 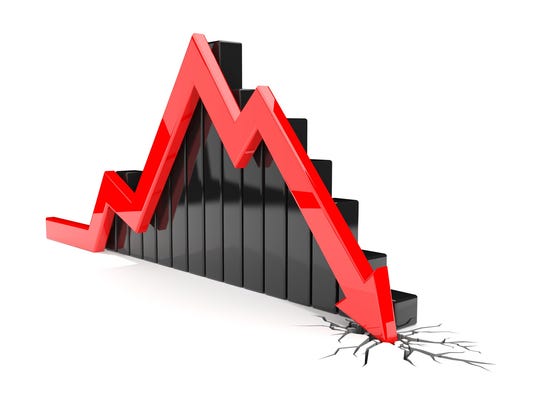 Social Security’s small bump: Why the increase in your check could among the smallest ever

What could life be like in 2025? Futurists think Americans may eat, fly and go to school differently post-COVID

Tuesday’s market rebound has been the exception this month. Wall Street has suddenly lost momentum in September following months of powerful gains that returned the S&P 500 to a record. The benchmark S&P 500 index is down 5.3% so far this month, while the Nasdaq is off nearly 7%. A long list of concerns for investors has caused big swings in the market, from worries that stocks have grown too expensive to frustration about Congress’ refusal so far to deliver more aid to the struggling economy.

“Right now it’s kind of reality is setting in, looking at valuations and realizing that coronavirus is still prevalent, we don’t have a vaccine and we don’t know who’s going to be in the White House in 2021,” said Lindsey Bell, chief investment strategist at Ally Invest.

Federal Reserve Chair Jerome Powell pressed Congress to act on additional aid for the economy during a House of Representatives committee hearing Tuesday, saying that the economy appears to be improving, but still likely needs more government stimulus. Extra weekly unemployment benefits and other stimulus that Congress approved in March have expired, and some areas of the economy have already slowed as a result.

That support from Congress, along with unprecedented moves by the Federal Reserve to aid markets, helped halt the S&P 500′s nearly 34% plummet earlier this year. Investors say it’s crucial that Congress extended more support, but partisan disagreements have blocked the efforts.

The uneasy trading continued early Tuesday as stock indexes swung from small gains to losses through the morning before steadying by afternoon. Tech stocks in the S&P 500 bounced between a gain of 1.7% and a loss of 0.4%, for example.

Big Tech stocks have lost momentum this month on worries their stocks grew too expensive following a supersonic run through the pandemic. Apple, Amazon and others have benefited from the pandemic because it’s accelerated work-from-home and other trends that boost their profits.

Traders also bid up shares in homebuilders after the National Association of Realtors said that sales of previously occupied U.S. homes rose 2.4% in August to their highest level since 2006. Sales are up 10.5% from a year ago and back to pre-COVID-19 levels of early 2020.

Among the biggest gainers was builder D.R. Horton, which rose 4.7%.

Norwegian Cruise Line climbed 2.3%. Energy stocks in the S&P 500 rose as much as 1.6% in the first 20 minutes of trading, only to give all the gains away.