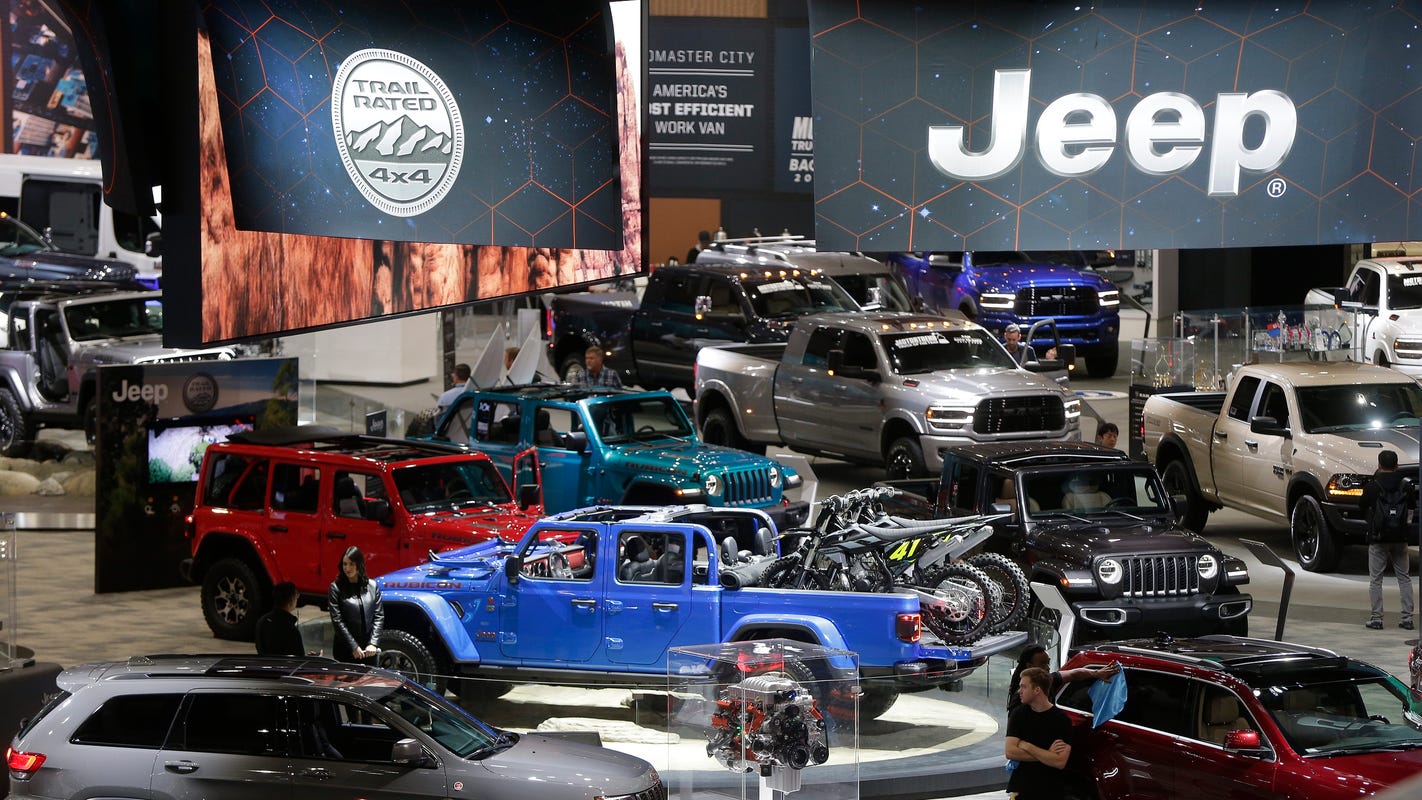 Less than two weeks after the Los Angeles auto show’s move from November to May upset the balance of power among the auto industry’s top events for unveiling new vehicles, the Detroit show just snatched the big prize – the sole available time slot for a major show in the fall, the heart of new-vehicle intro season.

Vehicles are shown on the floor of the AutoMobility LA Auto Show on Nov. 21, 2019, in Los Angeles. (Photo: Damian Dovarganes, Associated Press)

“The more we talked to automakers and our other partners, we quickly realized this time of year is the sweet spot,” NAIAS Chairman Doug North said.

“A lot of new models are introduced in the fall. There’s a need for a leading auto show then, maybe even a greater need than in summer. The move met universal approval.”

The show’s organizers, the City of Detroit and TCF Center management leapt into action when the LA show announced it would move from this November to May 19-31. The new spring dates were uncomfortably close to the other top shows’ long-announced schedules: New York, March 31-April 11, and Detroit, June 11-26.

But LA’s move also created the prime opening NAIAS just seized. The coup by the Detroit Auto Dealers Association, which sponsors the Detroit show, has the full support of leading automakers, DADA  Executive Director Rod Alberts said. That’s vital, because automakers like Ford, GM, Toyota, Hyundai, Honda and Fiat Chrysler can make or break a show by deciding to unveil exciting new vehicles there – or not.

For the past decade, the LA show had dibs on vehicles being introduced in the fall and winter. The 2019 LA show chalked up a big win last fall when Ford picked it to debut the Mustang Mach-E electric SUV. The chance for a first look at the Mach-E drew visitors from far away and journalists from around the world.

LA forfeited that prime-time slot by moving to May.

“When word gets out, the organizers of the LA show are gonna say, ‘How the hell did we let this happen?’ ” said Larry Alexander, president of the Detroit Metro Convention and Visitors Bureau and chairman of the Detroit Regional Convention Center Authority, which runs TCF Center, where the show takes place. “This is a great move for our city and region.”

“A lot of new models are introduced in the fall. There’s a need for a leading auto show then, maybe even a greater need than in summer,” 2021 NAIAS chairman Doug North said.
The move met universal approval.” (Photo: NAIAS)

The Detroit show long benefited from being the first major auto show of the calendar year in January. In 2019, organizers decided to move to June to take advantage of TCF Center’s riverfront location for outdoor events, test drives and tech demos, which automakers increasingly want to offer.

That carefully laid plan did not survive COVID-19, when the Army Corps of Engineers converted TCF Center to an emergency field hospital. In March, NAIAS announced it would skip 2020 and resume with a June show in 2021.

Gallery: 10 car models with the most speeding tickets

The new fall dates may serve both NAIAS’ purposes better. Late September and early October promise even better weather for outdoor events than storm-prone June – and the show is positioned to attract vehicle debuts in the auto industry’s busiest season for launches: the fall.

In addition, October is traditionally a slow time for conferences and trade shows downtown, Alexander said.

“This is a guaranteed piece of gigantic business for the city. We can easily fill the dates in June” with other conventions and shows. “It’s a brilliant move for hotels, restaurants and the hospitality business.”

The future of auto shows is anything but assured as automakers experiment with other ways to unveil new models, but moving to fall leaves Detroit’s signature show uniquely well-positioned in a period when many new vehicles go on sale – and puts several months between NAIAS and its top competitors.

In fact, October was some insiders’ preferred time in 2019, when the show studied alternatives to January.

Associated events, including a preshow display of vehicles from Britain and Italy, and an invitation-only high rollers show of exotic and luxury cars, will fill downtown Detroit Sept. 24-26. News conferences will reveal new vehicles Sept. 28-29, followed by AutoMobili-D’s tech and startup show and industry days. The Charity preview is set for Oct. 1. The show will be open to the public Oct. 2-9.

“September and October in Michigan are spectacular,” North said. “We have wonderful days and cool evenings. It will be perfect for outdoor activities.”

The goal is to turn Detroit’s riverfront and downtown into a two-week celebration of automotive design, engineering and innovation. Expect everything from food trucks to self-driving vehicles and rugged purpose-built courses for off-roaders.

“This gives us a huge leg up on other auto shows,” Alexander said. “Everyone will want to be here.”