Some three months after its launch, NBCUniversal’s streaming channel Peacock is finally available on Roku, the most viewed streaming platform.

The two had been at odds over how to split ad revenues. After a game of chicken Friday, where NBCUniversal threatened to remove all 11 NBC streaming channels from Roku, by the afternoon, they came to terms and put Peacock on the service Monday.

Peacock is still missing from the other huge player in streaming, Amazon, but is available on the Apple TV set-top box, Google Chromecast, tablets, computers and phones, Android TV devices, Microsoft’s Xbox One, Sony PlayStation 4, Vizio and LG  Smart TVs. 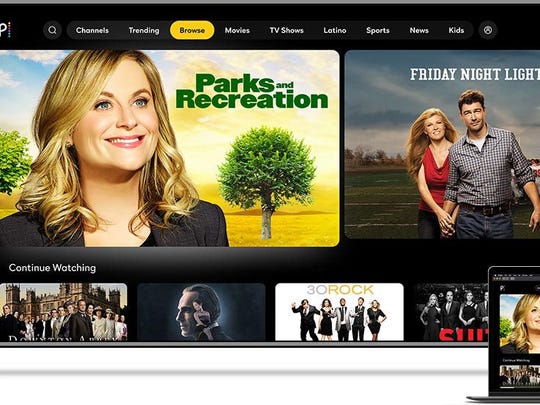 Opinion: Peacock: Every original series reviewed, from the forgettable to the awful to bright light ‘Psych’

Peacock is ad-supported, a big difference from other recent launches from Disney and Apple, which charge a monthly fee, and offers some 20,000 hours of movies from the Universal library and NBC TV series. Some programs are not offered for free, like early access to “The Tonight Show with Jimmy Fallon” and “Late Night with Seth Meyers,” and to get those, the charge is $4.99 monthly, or $9.99 for  However, Peacock offers an option for ad-free viewing, with a $9.99 tier.

CBS All-Access, from NBC rival CBS, charges a monthly free for its programming, and announced recently that it would change its name in 2021 to Paramount+, reflecting the corporate ownership of Viacom CBS, which owns the Paramount film studio, plus many cable channels, including MTV, Comedy Central, BET and Nickelodeon, as well as CBS and pay-TV’s Showtime.

Still missing from Roku and Amazon: HBO Max, the high-profile remake of the HBO service with additional programming from the Warner Media library which debuted in May. The parties have not been able to come to terms.