This week, it was Apple’s turn. Thursday, the spotlight turns to Amazon.

We saw new editions of the Apple Watch and iPad at Apple’s Tuesday event, a new fitness subscription service and family plan to buy watches for the kids, without having to tie them to their own iPhone. It also opened up the floodgates to iOS14, Apple’s mobile operating system upgrade.

Comparison: Which Apple Watch to get: How the cheaper Series 3 and SE compare to the new Series 6

At last year’s event, Amazon introduced fancy, higher-resolution speakers, a low-end Echo Dot speaker with a clock and buds that brought Alexa into the ear.

The fun of the Amazon events, which this year, virtual, are the wild and headline grabbing new concepts. In 2018, it was the talking microwave that responded to Alexa, while in 2019, Amazon countered with glasses that allowed you talk to Alexa as you strolled down the street. 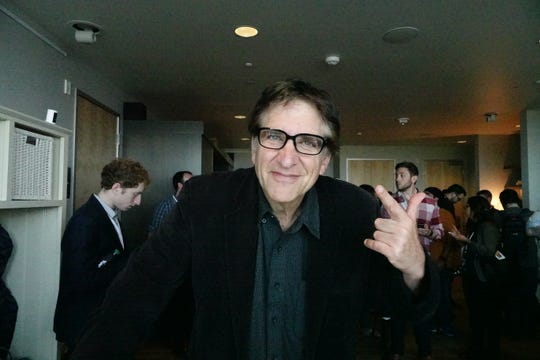 While the microwave did get released, (and sells for $59.99,) the $179 Echo Frames were introduced as an early invite-only product that a year later hasn’t changed. It’s still only available via an invite.

What new concept could Amazon come up with this year?

“That’s likely to be a fruitful area to explore,” he says.

Think about it: A pandemic has sent people home to do their work and take their meetings out of the office, to study in school and communicate with friends – all virtually – mostly on crappy, low-resolution, built-in laptop webcams.

What if they could do it from the living room and talk and learn on Zoom, Google Meet, Webex or other video programs? 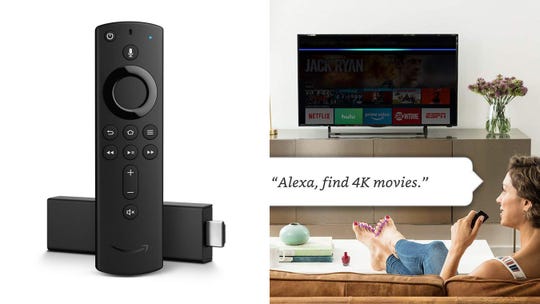 Stream your favorite movies and shows with this simple stick. (Photo: Amazon)

The Echo Show, Amazon’s product to marry Alexa with video, has small screens, compared to the TV, and while you can check YouTube recipes and see your digital pictures displayed, it’s missed out on video meetings. That will change when one Echo Show model welcomes Zoom to the fold later in the year, but Kinsella says that’s not enough.

“The Echo Show is a small screen, and isn’t in a place where the family can all gather round,” he says. “The TV makes more sense.”

(Facebook offers this exact product, Portal TV, a $150 product that connects to the TV via HDMI and comes with a separate remote control. But families have to be willing to hand over even more personal information and tracking information to the social network.)

Amazon is one of a handful of companies that have really benefited from the pandemic, as fewer people were willing to walk into physical stores and instead have been buying products online. In its recent earnings report, Amazon said revenues rose 40% to $89 billion, from $63.4 billion in the year-ago quarter.

Beyond possible new TVs, Amazon is expected to introduce a slew of updated Echo speakers and new smarthome products, including updates from Ring’s video doorbell division. (Sorry, folks. Unlike Apple and Samsung, Amazon isn’t live streaming the event for the public but will live blog it on the company website with text and pictures instead.) 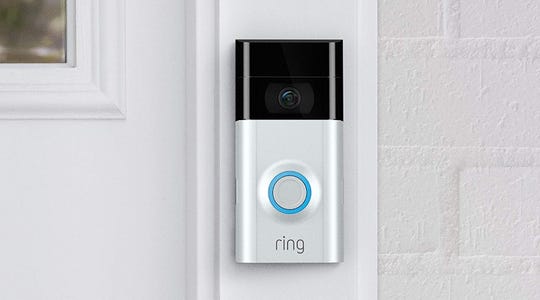 The Ring Video Doorbell 2 comes with a rechargeable battery pack or can be connected to your existing doorbell wires. (Photo: Amazon)

Will that whet your appetite for buying new tech gear this year? If not, you have two more major consumer tech events to look forward to. On Sept. 30, Google is staging a virtual event (open to the public) to show off a new edition of the Chromecast streaming player and an updated Pixel 5 smartphone.

And then in October, the company that makes the best-selling consumer tech device, the iPhone, will stage a second (open to the public) event, devoted to showing off what’s expected to be four new editions of the Apple iPhone. This year, the iPhone is expected to be able to connect to the new ultra-fast 5G wireless networks.

Get out your wallets, everyone. 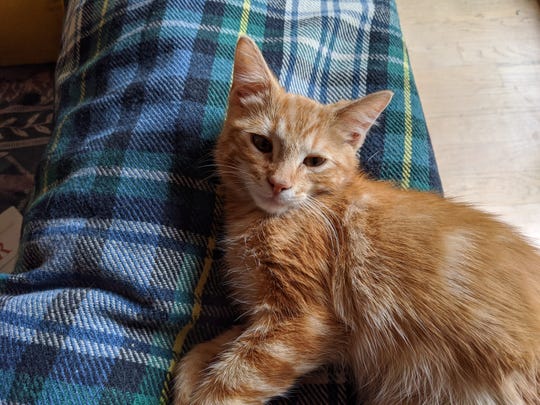 TikTok/WeChat. The Trump administration banned the downloads of Chinese-based apps TikTok and WeChat as of midnight, Sunday, due to security concerns.

Sony PlayStation5 units announced but quickly became really hard to get.The PS5 launches Nov. 12 in the U.S., starting at $399.99 for a digital edition and $499.99 for a standard model featuring an Ultra HD Blu-ray disc drive. A new edition of the Microsoft Xbox will be out Nov. 10.

At Apple’s event, it introduced two new editions of the Apple Watch and left the 2017 Series 3 edition in the lineup. How do they stack up? We compare.

Traffic app Waze introduced a slew of new tools, including the ability to let you know which lane to drive in, for speedier results.

After three months of trying to get onto the Roku streaming platform, it was announced Friday that the Comcast owned streamer would finally join the world’s most viewed streamer in the “coming weeks.” Peacock showcases mostly shows and movies from the NBC Universal library.

Waze: get involved! Noam Bardin, the CEO of traffic app Waze says that if we use the app more often, it will help ease individual traffic routes.

Unpacking the Apple 9/25 event: KTLA’s Rich DeMuro (@richontech) joins me to weigh in on the new Apple Watch, iPad and those subscription offers.

Parents are furious that Oculus play will require a Facebook ID. USA TODAY consumer tech editor Michelle Maltais joins me to weigh in.

Cousin Brucie is back on WABC radio, on phones, tablets and computers. The legendary New York DJ calls into Talking Tech to tell listeners all about it.