The battle between President Trump and Chinese-owned mobile apps TikTok and WeChat reached an inflection point Friday with the Commerce Department announcing that the platforms will be banned from app stores in the U.S. starting Sunday.

That means, if you haven’t downloaded the music video app TikTok or communications platform WeChat by then, you won’t be able to find the apps online for download.

Effective Sept. 20, the government is blocking WeChat’s ability to facilitate fund transfers and payment processing in the U.S. So you won’t be able to send money to a friend’s account or WeChat wallet.

The move also stops other companies from updating the app, maintaining the app and supporting the app’s code in other software or services. As for TikTok, the same provisions kick in on Nov. 12.

So, can I still use TikTok?

If you already have TikTok downloaded on your phone, the new provisions don’t immediately affect you. You can still record, add and share content for at least the next three weeks.

But starting over the weekend, both apps will be barred from new App Store and Google Play store downloads.

What happens on Sunday?

There’s a deadline that prohibits any moves to distribute or maintain WeChat or TikTok on app stores. Therefore, after midnight, it’s unlawful for Apple and Google to make the apps available in the app store.

What is WeChat: And why does President Trump want to ban it?

Move to Triller? Can influencers really get people to switch apps?

Why is the ban happening?

The Trump administration has said the move to remove the social networking platforms from app stores is over fears relating to national cybersecurity.

“Today’s actions prove once again that President Trump will do everything in his power to guarantee our national security and protect Americans from the threats of the Chinese Communist Party,” said U.S. Department of Commerce Secretary Wilbur Ross in a statement. 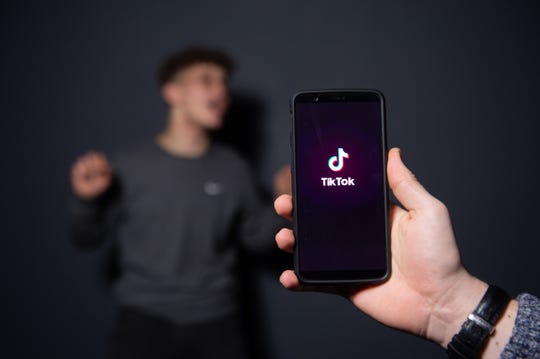 USA TODAY reached out to WeChat and the Commerce Department for comments and more information.

TikTok said in a statement that it is “disappointed” by the Commerce Department’s decision.

“We will continue to challenge the unjust executive order, which was enacted without due process and threatens to deprive the American people and small businesses across the US of a significant platform for both a voice and livelihoods,” TikTok said.

The news comes roughly six weeks after Trump issued a pair of executive orders arguing that TikTok and WeChat pose a threat to Americans because they collect data that could be shared with the Chinese government.

The orders said that the U.S. would ban the social networking apps from operating if they are not sold by their parent companies, which both have roots in China. Despite threats of a U.S. ban, both apps were popular in America throughout August. WeChat had 3.3 million active that month, according to App Annie, while TikTok attracted over 52 million. 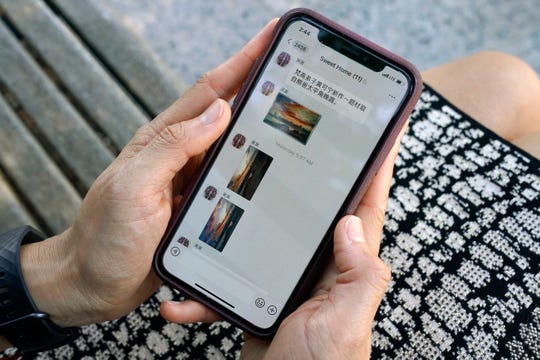 The ByteDance darling TikTok sued the administration over the executive order as it entertained various bids from U.S.-based companies. The app that’s popular among American teens is negotiating a deal with Oracle, which would allow the app to continue running in the states.

The new rules set on Friday pose a more immediate threat to Tencent-owned WeChat, which says it connects billions of people with “calls, chats and more.”

The platform is often used by people who move to the U.S. from China and it enables them to play games, pay for services, read news and connect with friends and family back in the communist country.

Tencent changed the name of its WeChat Work office app to WeCom on Friday, seemingly setting it up as a WeChat alternative that might be safe from Sunday’s app store ban.

WeChat: What is WeChat and why does President Trump want to ban it?

The latest restrictions come just two days after the Justice Department heard arguments from WeChat users who say they rely on the app for work and worship. They called for a federal court in California to stop the WeChat ban citing freedom of speech, free exercise of religion and other constitutional rights.

Should I really worry about app safety?

Trump says any app based in China poses a security threat.

WeChat gives the Chines government “a mechanism for keeping tabs on Chinese citizens who may be enjoying the benefits of a free society for the first time in their lives,” according to Trump’s executive order. While TikTok “automatically captures vast swaths of information from its users,” which “threatens to allow the Chinese Communist Party access to Americans’ personal and proprietary information.”

Both apps have denied those claims. Still, there are some general safety rules to keep in mind when using smartphone apps.

When it comes to social media privacy and security, researchers at the cybersecurity firm Check Point say it’s a good idea to make your profiles private, only allow people you know to follow you and use two-factor authentication when you can.

“The best way to make TikTok safe is you make it like a read-only type account where you’re the viewer of posts versus a participating player,” said Check Point researcher Mark Ostrowski. “But then you’re turning off the exact thing that’s making TikTok so popular.”