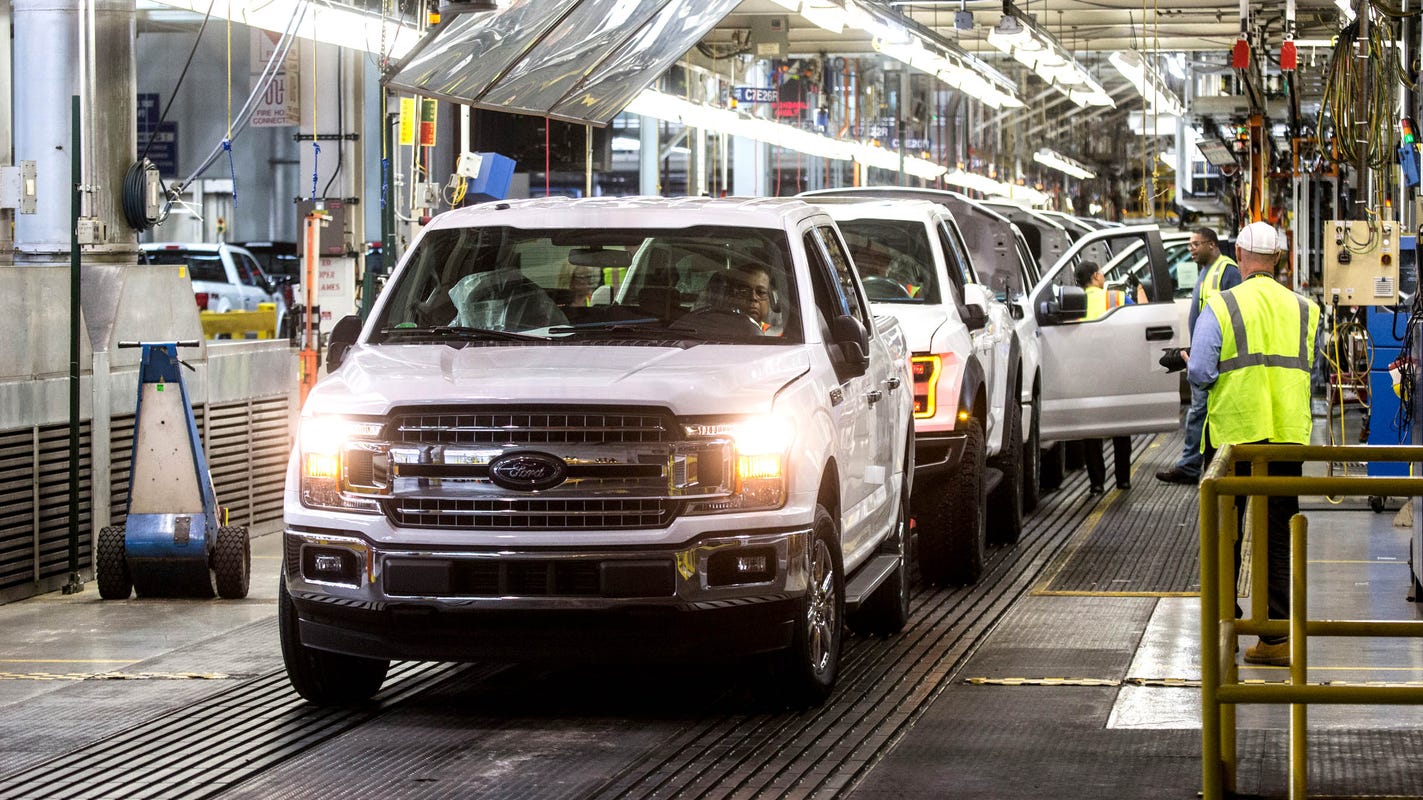 Ford Motor Company revealed Thursday an audacious plan to build a $700 million plant at the Rouge complex that would create the first all-electric F-150, the nation’s best-selling vehicle.

“We are proud to once again build and innovate for the future here at the Rouge with the debut of our all-new F-150 and the construction of a modern new manufacturing center,” Bill Ford Jr., executive chairman, said in prepared remarks.

“This year’s COVID-19 crisis made it clear why it is so important for companies like Ford to help keep our U.S. manufacturing base strong and help our country get back to work,” he said.

The new Rouge Electric Vehicle Center will add 300 jobs as part of the project, which will support battery assembly and production of the F-150 PowerBoost hybrid and fully electric F-150.

Ford is just beginning to build its redesigned 2021 F-150 at  the Rouge complex and Kansas City Assembly with plans to ship to dealerships starting in November. This latest announcement about the electric version comes despite economic challenges worsened by the pandemic, and keeps a commitment to new jobs and investment plans negotiated as part of the four-year UAW labor contract.

“When we had our agreement in the fall with the UAW, this was part of our total plan,” Gary Johnson, Ford chief manufacturing and labor affairs officer, said. “From a manufacturing standpoint, I didn’t have any discussions with the current (U.S. presidential) administration. It was all part of our UAW national contract.”

While Ford had mentioned a significant planned investment in southeast Michigan previously, this is the first time the company has confirmed its location and announced a new plant.

The rationale behind a separate facility points to flexibility, Johnson told reporters. “We will use the current body and paint shop” in collaboration with the new building, which will be about 500,000 square feet. He declined to reveal manufacturing capacity, saying demand will drive decisions.

“The building — it’s going up,” Johnson said. “Expectation is we’ll have the building completed sometime next summer. We’ll start doing our early prototype builds as part of our launch plans. So, more to come. The steel is up.”

The all-electric pickup is planned to hit the market in mid-2022.

Ford proudly noted that of the more than 2 million full-sized pickup trucks made in the U.S. in 2019, Ford UAW members assembled nearly half or twice as many as any other automaker.

“The electric F-150, which is undergoing tens of thousands of hours of torture testing and targeting millions of simulated, laboratory and real world test miles, will be more powerful than any F-150 available today,” Ford said in a news release.

While competitors are staking out the electric truck market, Ford is confident.

More: Ford’s secret weapon has a passion for batteries and came from NASA

Kumar Galhotra, president, Americas & International Markets Group, told reporters it’s too early to talk about all the specifics such as load capability but said of the all-electric Ford F-150:

New technology on the electric F-150 will allow mobile power generation so people may use trucks as a power source for camping, too.

Battery use will be transformational, and performance will be enhanced, Galhotra said. The look and feel of the all-electric F-150 will be different but “stay true to the Built Ford Tough DNA,” he said.

Ford determined the “work customer” will play a key role, based on research involving current and potential F-150 owners. They want the ability to “seriously power a work site for their tools,” Galhotra said. And “when you remove the engine from a vehicle” the size of the F-150, it creates a substantial storage space in the front of the truck to store work equipment.

The hybrid will be available with an onboard generator, and the electric F-150 has far more power than consumers can imagine.

As part of the ad campaign, Ford is spotlighting its commitment to American jobs as the automaker that  builds and sells more than 75% of its vehicles in the U.S., more than any other automaker, and employs the most hourly automotive workers here.

Meanwhile, two of its high-profile launches this season, the all-electric Mustang Mach-E and Bronco Sport, are being built in Mexico. Ford had built the discontinued Fiesta in Mexico and had untapped capacity, the company said.

“If we produce in Mexico, we can ship to Europe duty free,” Galhotra said. “That certainly enters the picture. … For the Bronco Sport and Mach-E, we had plants that had open capacity. It’s better to fill that rather than build brand new facilities. We’re committed to manufacturing but we do take other things into account when we build outside the United States.”

Bill Ford, who hosted a visit from President Donald Trump in May, said the issue of jobs and manufacturing is core to the national interest and urged political unity.

“We cannot have a strong economy or a strong democracy without a strong manufacturing base,” he said. “I have sat with presidents of both parties who understand this. This is not and should not be a political issue.”

In mid-September 2018, Ford hinted to the Free Press that something might be in the works during a time of reflection about the 100th anniversary of the Rouge.

“I describe it as the heartbeat of the company,” he said at the time. “We make the F-150 there. It’s our flagship, built by the best workers in the country. Whatever we do in the future, we’ll do it at the Rouge.”