Apple is offering a way to connect watches for the family from kids to elders via one iPhone. We take a look at what the costs are from phone to service.

Apple has a new way for families to communicate with their kids without having to spring for iPhones, which could cost anywhere from starting prices of $399 to $1,100.

The new “Family Setup” plan, which starts today, lets parents buy editions of the Apple Watch and tie them to their iPhone, something that hadn’t been possible before when each watch had to be tied to a unique iPhone.

But they don’t get access to the highly touted health features of the Watch. And the purchase doesn’t come cheap.

Not all editions of the Watch are supported – and the most economical, the $199 Series 3 Watch, isn’t supported. The new Watch SE works, as does the new Series 6 edition, which will both be available Friday. 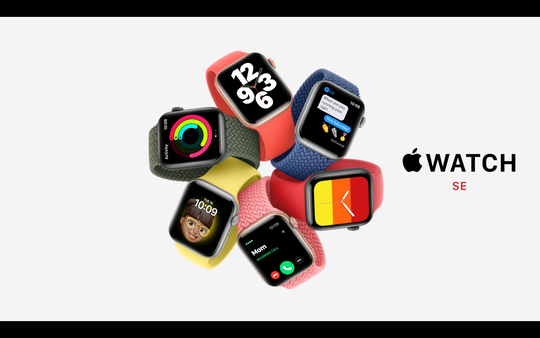 Apple iOS 14: 5 features I really like – and one I’m not so crazy about

Apple touts the SE as starting at $279 and the Series 6 at $399, but for the Family plan, parents need to purchase step-up editions with cellular connectivity. Those SE models start at $329 for the 40mm watchface or $359 for the 44mm version. Then add roughly $10 monthly for your wireless plan (depending on the carrier) and you’re looking at a minimum of $658 for a family with two kids, plus $240 a year in cell charges.

That’s still cheaper than a minimum of $399 each (or $798) for two SE iPhones, the lowest-priced iPhone, plus the expense of adding them to the family wireless plan.

For folks with older Watches, last year’s Series 5 and 2018’s Series 4 work, but they’ll have to be updated to the OS7 software update. (Parents also need to have an iPhone at least as current as an iPhone 6S, which was released in 2015.)

Through the new software and the cellular plan, kids can make calls and send text messages via their phone. Each will get a new, unique phone number.

Apple says that parents can approve all contacts and that, to participate, each kid needs their own Apple ID. Apple’s minimum age requirement is 13 but says parents can create the ID on their child’s behalf.

Through the ID, kids can follow their schedule and family events using Calendar, view photo albums synced from a guardian’s iPhone, listen to music from the Apple Music streaming service and use Apple Maps for navigation.

To make sure the kids are staying focused during school hours and not playing games or accessing apps, Family Setup adds a new mode called Schooltime. A yellow circle is displayed on the the watch face, signifying that access to apps is restricted and Do Not Disturb is turned on.

Apple says the kids will get 14 hours of daily usage under the Setup plan, as that’s all the potential juice the battery can handle.

But when it comes to health and popular features like irregular rhythm notifications, ECG, Cycle Tracking, Sleep and Blood Oxygen, your kids won’t be able to access them because they need an iPhone for full setup and management capabilities, says Apple. Additionally, heart rate notifications are available for only users 13 and older, and fall detection is available for users 18 and older.