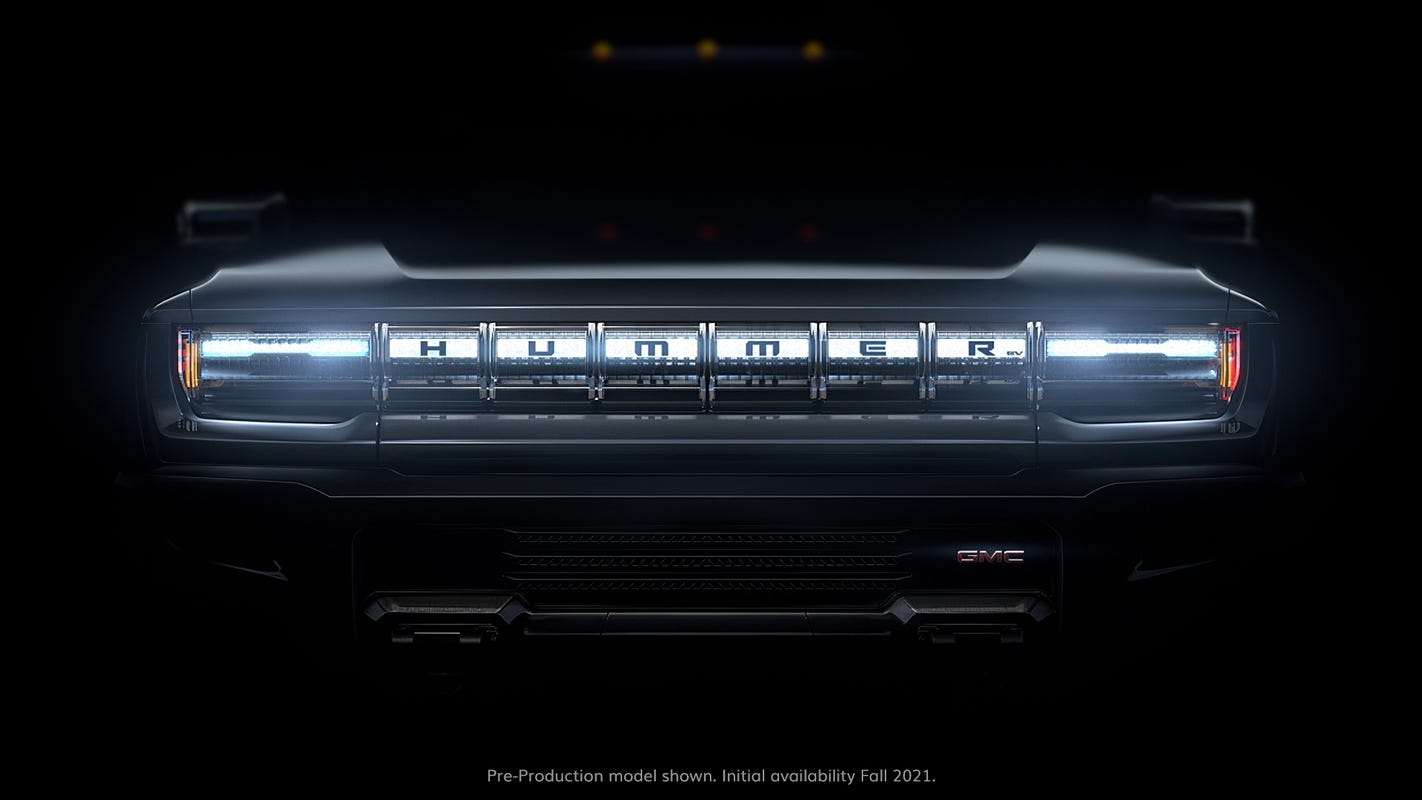 Crab Mode1 feature is enabled by the GMC HUMMER EV’s four-wheel steering capability, allowing it to move in a diagonal direction.

General Motors will reveal its GMC Hummer electric pickup Oct. 20 and begin taking preorders for the vehicle at that time.

GMC will release details of the reveal closer to the date, but it will not be live.

Crab Mode is enabled by the Hummer EV’s four-wheel steering capability, allowing it to move diagonally, a functionality custom made for off-roading customers, GMC said in a statement released later Monday.

“The more we get in touch with it, the more impressed with it we are from the capability, to it being a technologically advanced vehicle, to its interior and exterior design,” Aldred said, adding that the GMC Hummer will set the tone for EV pickups.

In the video, the vehicle is seen mostly from an aerial view, as it creeps along a beach near the shoreline. The camera pans down to the beach where a crab crawls in front of the Hummer’s thick off-road tires. The video ends, dubbing the vehicle as the “world’s first all-electric super truck,” adding customers can reserve one from participating GMC dealers.

On Oct. 20, Aldred said, “We will be taking reservations and expanding a little bit on what crab mode is, which has people intrigued … why it’s relevant in this space and what it can do.”

GMC will provide more detail on the process to reserve a Hummer closer to the reveal date, but Aldred said it is, “not dissimilar to process in other recent reveals,” insinuating there will be a fee or down payment required to order one.

There are about 1,700 GMC dealers and nearly half have chosen to sell the Hummer, Aldred said. Those dealers are going through training now and will receive the special “hardware” needed, such as charging stations, to sell and service the electric pickup.

The Hummer will be assembled at GM’s Detroit-Hamtramck plant starting late next year. GM has invested $2.2 billion to retool the facility to build all-electric vehicles going forward and Aldred said the retooling process is on schedule.

“We’ve held to our original timing and so we’ve seen exceptional progress from the team and we’re right on track,” Aldred said.

Last week, GM said it is taking a stake in electric vehicle maker Nikola Corp. in a deal that will eventually deliver $4 billion in benefits to GM as it commercializes its EV technology. The 10-year agreement with Nikola will ultimately reduce costs for each company as GM pursues its all-electric vehicle strategy.

The deal announced would allow Nikola to exchange $2 billion in newly issued stock for services and access to GM’s parts and components. Nikola has yet to make any of the heavy-duty hydrogen fuel cell trucks it is developing. Both sides expect to close the transaction prior to Sept. 30.

GM will “engineer, homologate, validate and manufacture the Nikola Badger battery electric and fuel cell versions,” the companies said. The Badger is a heavy-duty fuel-cell electric pickup expected to go into production by the end of 2022.

Despite the deal, Aldred said he is not concerned the Badger would steal sales from the Hummer.

“It’s going to be a rapidly growing space. Arguably, it will compete in a similar space, in pickup trucks,” Aldred said. “But we do believe in the future of electrification and that it will be expanding rapidly and there’s room for both.”

There are other electric pickups in the works. Rivian, of which Ford Motor is an investor, is designing the R1T pickup set to go into production next year. In June, Ford leaders told Wall Street that its electric version of the F-150 pickup will be available within the next 24 months.

Lordstown Motors in Ohio will start production on its Endurance electric pickup later this year and launch it for sale next year.

Rivian and Lordstown Motors will face Tesla, which has a foothold in the EV space and almost always has Wall Street’s attention. Last year, Tesla revealed its Cybertruck, which goes on sale late next year.