Will you or won’t you see an extra $50 or more in your paycheck each week as employers temporarily give workers a break on payroll taxes?

It’s hard to say, but many companies clearly aren’t rushing into anything. And some are flat-out saying no way, we’re not attempting this one.

Deferring payroll taxes for the rest of 2020 may be one of those ideas that sounds good on paper but turns into a ton of paperwork, and one extra hassle that many employers don’t want to take on right now.

Best bet: Don’t expect to see any boost to your cash flow just yet – if ever.

Uncle Sam isn’t cutting taxes, just taking on a quirky role as a loan shark who fronts you the money but expects to get paid back soon.

What could happen in 2020 to payroll taxes?

President Donald Trump in August signed an executive order that allowed employers to temporarily defer payroll taxes from Sept. 1 through Dec. 31 in light of the ongoing COVID-19 disaster. Trump was attempting a workaround for the idea after a second stimulus package stalled in Congress.

Struggling with credit card debt?: Here’s what you can do with them during COVID-19

More: American spend about $18k a year on nonessentials. Here’s how you can save more.

The Trump deal is unlike the temporary 2% payroll tax cut that workers quickly saw in 2012 after President Barack Obama and Congress took action. This latest deferral deal has more strings and risks for both workers and employers. And it’s optional for most employers.

Several companies with major operations in Michigan – including Ford Motor, Fiat Chrysler Automobiles, Huntington Bank and United Shore – said that they continued to review the option as of early September.

But a few others said they’re not making any changes.

General Motors is not implementing the voluntary program, according to spokesperson David Caldwell on Tuesday.

Comerica Bank isn’t going to set up a program to defer payroll taxes either.

“After a thorough evaluation and based on feedback from many colleagues, Comerica will not be participating in the payroll tax deferral program,” said Matthew Barnhart, vice president of corporate communications for Comerica in Michigan.

Troy-based Flagstar also said it will not be participating in the federal payroll tax deferral.

“We don’t feel that it provides a meaningful benefit to our employees. The taxes would not be waived, but would only be deferred until early 2021, when payment would be required by employees at then-current tax rates in addition to their normal Social Security taxes,” according to Susan Bergesen, vice president media/corporate communications. 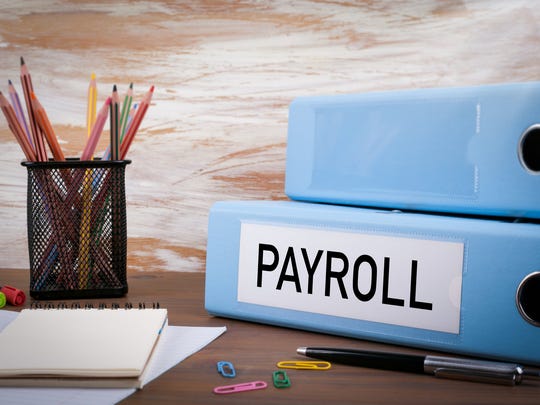 Instead, she said, Flagstar has addressed financial hardships brought on by COVID-19 by setting up an employee assistance fund that has made $145,000 available to eligible employees. The Flagstar Foundation made $100,000 available and employees helping their fellow employees raised another $45,000.

Even so, many federal workers will need to know the ins and outs of the program, as it will likely start hitting their paychecks soon.

“Unions that represent federal employees are upset that the deferral appears to be mandatory for eligible government workers, and are urging the Trump administration to allow employees to have a choice,” according to a report in The Hill.

What kind of money might be on the table?

Under the president’s executive order, businesses have a choice and aren’t required to make any changes. The Internal Revenue Service has confirmed that deferring the employee portion of Social Security taxes is optional. The amount that could be deferred is the 6.2% payroll tax employees pay to fund Social Security.

If a company makes a change, the payroll tax break could apply only to workers with incomes that are less than $4,000 every two weeks before taxes or $2,000 weekly. 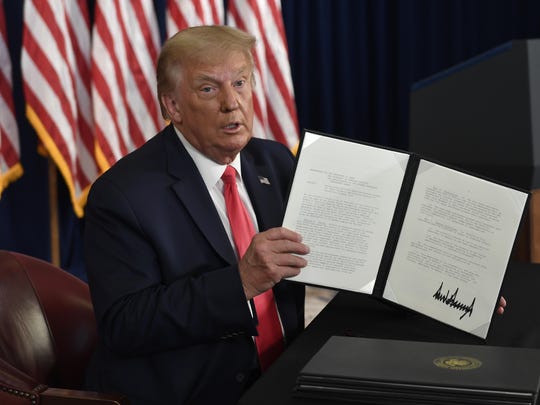 Higher paid workers – say those with a salary of $105,000 or more – would not be eligible for a break and an employer could have a mix of workers who receive a break and others who don’t.

“This modest, targeted action will put money directly in the pockets of American workers and generate additional incentives for work and employment, right when the money is needed most,” the memorandum stated.

What do the CPAs think?

Ed Karl, vice president for taxation for the  American Institute of CPAs, said companies must determine how to limit the risks associated with deferring the collection of the payroll taxes.

“What happens if the employee leaves before all the money is paid back?” Karl said. “Who is going to pay it back? The employer is responsible.”

As we work our way through the recession and the public health crisis, much remains in flux. Companies could be looking at significant rounds of layoffs late this year or early next, if we face a second wave of spiking coronavirus cases in the winter and the economy stumbles further.

“Are you going to collect from all those people who lost their jobs?” Karl asked.

It’s possible, he said, that an employer could withhold that money from the final paycheck but what if the wages won’t cover the payroll taxes that were deferred?

Karl said that a company that ends up filing for bankruptcy would not be able to see the payroll taxes owed discharged in bankruptcy. The employer would still owe the deferred payroll taxes.

If you’re looking to unload some credit card debt, here are the steps you can take to do a balance transfer.

Would any companies be willing to take the risk and defer the payroll taxes?

Karl said some companies with a very small payroll might feel secure that they won’t lose those employees and that company might be more willing to participate, maybe a small family business. Others suggest a company that has long-term, consistent employees might be willing to take a risk, too.

“Each business needs to access its circumstances,” Karl said.

The U.S. Chamber of Commerce noted that deferring payroll taxes now would create a substantial tax liability next year. “Without Congressional action to forgive the payroll tax, the order threatens to impose serious hardships on employees who make under $104,000 a year, who will be stuck with a large tax bill in 2021,” according to the chamber.

As of early September, some tax professionals were advising employers to carefully review their own risks before initiating any changes.

“Most of our clients are hesitant to place themselves in harm’s way should they not be able to retrieve deferred funds from an employee,” said James O’Rilley, CPA and tax director for Doeren Mayhew in Troy.

Many, he said, don’t want to take the added risk. And some argue that employees won’t be happy when they’re paying two rounds of payroll taxes – the amount withheld in 2020 and the amount due for 2021 – early next year.

Employers, O’Rilley said, face a huge potential burden relating to employees who may leave the company without a way for employer to “claw back” the Social Security not withheld.

Some employers would prefer that individuals who have taken the deferral should be held responsible, not the employer, for paying back taxes at time of filing their 2020 Form 1040 in April 2021.

The Trump payroll tax proposals are generating plenty of political buzz, particularly Trump’s comments about one day planning to terminate the payroll tax entirely. But your paycheck in 2020 isn’t likely to change as a result of all the talk.