Twitter on Thursday said it would more aggressively label or remove tweets containing misleading or disputed information about the upcoming election including premature claims of victory before election results have been certified or incitement of unlawful conduct to prevent a peaceful transfer of power.

The announcement marks the latest step by a major social media platform to further crack down on misinformation ahead of the November election.

Last week, Facebook made a similar announcement, saying it would not allow false claims of victory and instead would redirect users to accurate information on the election results. Facebook also said would ban new political ads in the week before Election Day.

The move to strengthen polices in the critical lead up to the election acknowledges the vast influence of social media on American political life and this year’s highly contentious election cycle in which an unprecedented number of Americans are expected to vote by mail due to the coronavirus pandemic.

The changes coming to Twitter will also target: false information that causes confusion about the election and disputed claims that could undercut faith in the process such as unverified information about election rigging, ballot tampering or vote tallying.

“The goal is to further protect against content that could suppress the vote and help stop the spread of harmful misinformation that could compromise the integrity of an election or other civic process,” Twitter said in a blog post. “We will not permit our service to be abused around civic processes, most importantly elections. Any attempt to do so – both foreign and domestic – will be met with strict enforcement of our rules, which are applied equally and judiciously for everyone.” 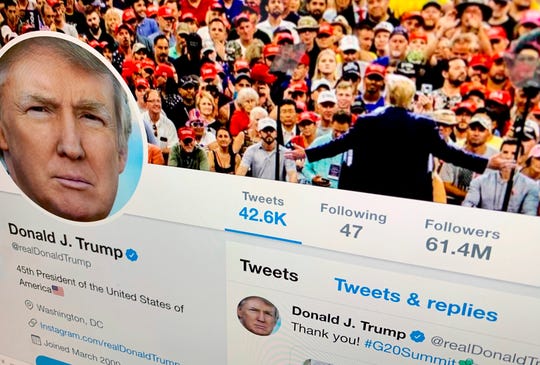 According to the more aggressive policy taking effect next week, tweets that are labeled will be less visible on the platform. People following accounts whose tweets have been labeled or removed will still be able to view and retweet the content.

In announcing the policy, Twitter did not single out any offenders. But the policy may further antagonize President Trump who has skewered the social media company for flagging his posts, claiming it is biased against conservatives.

Trump has suggested that he may not accept the election results. He has also questioned the legitimacy of mail-in voting.