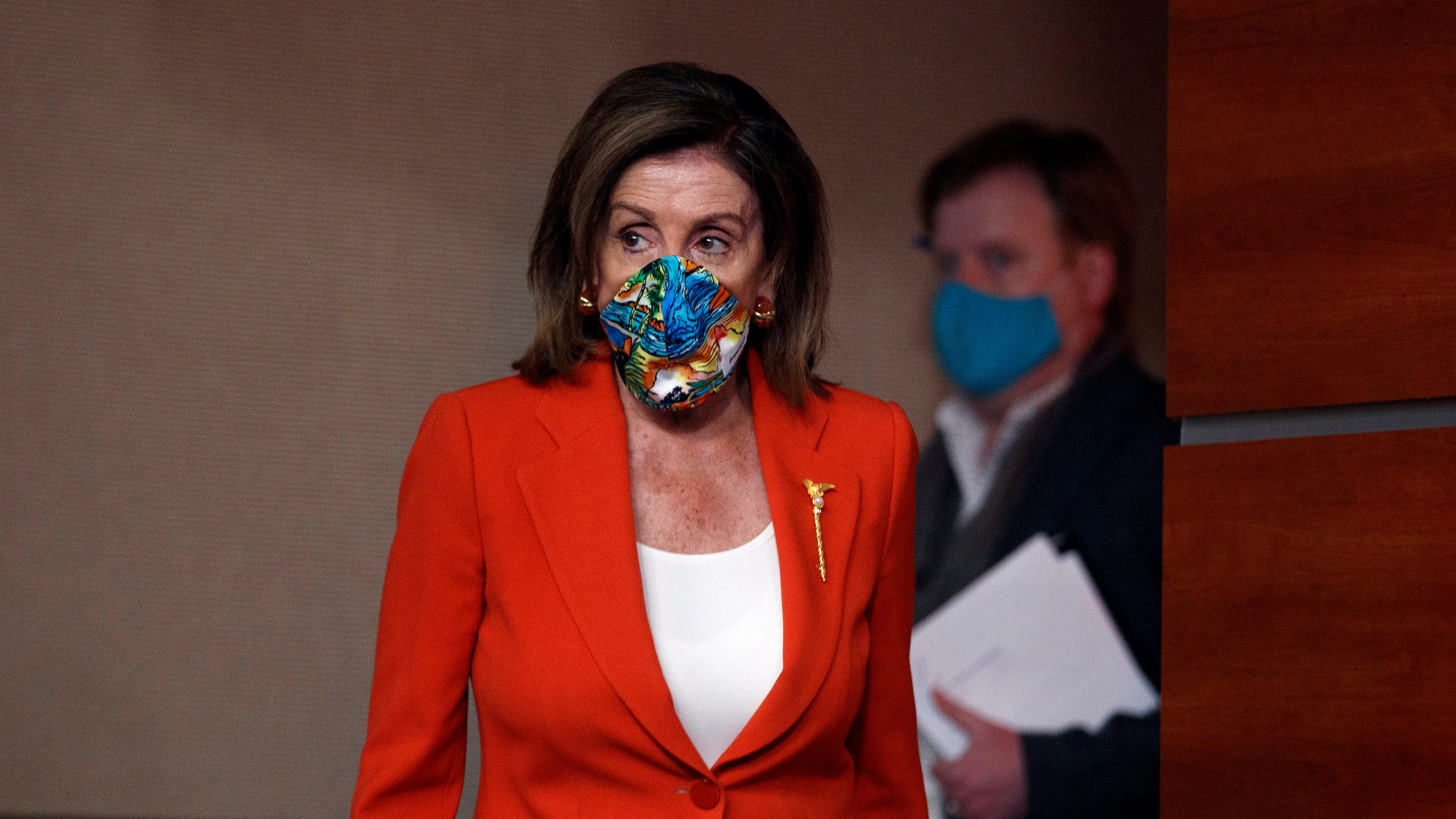 President Trump suggested that voters in North Carolina should test the state’s election system by voting once by mail, then a second time in person.

WASHINGTON — House Speaker Nancy Pelosi and the Trump administration have come to an informal deal to avert a government shutdown at the end of the month when the federal government is set to run out of funding, two congressional sources said Thursday.

Pelosi and Treasury Secretary Steven Mnuchin came to the agreement Tuesday during a phone call about the two sides’ stalled efforts to pass another COVID-19 relief package, a source familiar with the call said. The deal would extend government funding at the same levels they are currently operating at and will likely allow both sides of the aisle to avoid a high-stakes series of negotiations before voters cast their ballots in November.

Full details about the agreement were not available but staff-level talks are set to begin soon, the two congressional sources said, adding that no decisions have been set in stone on how long the bill would last.

House Speaker Nancy Pelosi of Calif., wears a face mask as she arrives to speak at a news conference on Capitol Hill in Washington, Friday, June 26, 2020. (Photo: Carolyn Kaster, AP)

While discussions have picked back up between Democrats and the administration on another stimulus relief package to help Americans and businesses weathering the coronavirus pandemic, it’s unclear whether any stimulus relief might be added to the government spending bill. Pelosi and Mnuchin did not explicitly discuss the option and did not rule it out, one source familiar with their conversation said.

The agreement may ease worries about another government shutdown. But it doesn’t solve the issue of how to offer relief to Americans suffering the economic fallout. The two sides remain divided over what they want in a new round of coronavirus relief.

The inaction prompted Trump to sign four executive orders to continue some aspects of earlier stimulus bills, but they did not address all the relief sought in talks. After he signed the orders, the two sides continued to blame the other side for the impasse as Congress left for a month-long recess.

The Senate returns from its recess next week, potentially the last opportunity for Congress to act on coronavirus legislation while also juggling must-pass bills to keep the government funded. Senate Republicans have said they hope to vote on a smaller COVID-19 bill next week, though the legislation is likely to face opposition from Democrats who argue more funding is needed to help state and local governments and businesses.

More: Republicans say the Senate will take up coronavirus stimulus bill next week amid stalemate with Democrats

More: Government shutdown sets record as longest in U.S. history. When will it finally end?

President Donald Trump sparred in the Oval Office with Democratic leaders Nancy Pelosi and Chuck Schumer over a border wall and a potential government shutdown. (Dec. 11)

White House Press Secretary Kayleigh McEnany told reporters Thursday “we do believe that we will be able to get funding to avoid a shutdown.”

The last government shutdown from Dec. 2018 to Jan. 2019 was the longest on record, at 35 days long. Stemming from a standoff between Congress and the White House over funding for a wall along the southern U.S. border, it forced about 800,000 federal government workers to go on furloughs or without pay.

Trash piled up at national parks, air travel was disrupted and repairs on the Hubble Space Telescope were delayed. Even tax revenue decreased. The nonpartisan Congressional Budget Office estimated tax revenue was down $2 billion in 2019 because the IRS had halted some operations during the shutdown.

But a shutdown this year would have a ripple effect unlike those before it, experts said.

Sarah Binder, professor of political science at George Washington University and a Brookings Institution senior fellow, said it would be a “catastrophic blow” to have a shutdown in the middle of the pandemic, especially if workers at agencies like the Centers for Disease Control and Prevention and National Institutes of Health were furloughed.

But “nobody really wants to be blamed for the government shutdown,” especially so close to an election, she said.

Congress’ few weeks in session are the House and Senate’s last opportunity to pass legislation of any kind before the November elections, and Binder said the short time frame could be a way to “force lawmakers’ hands” on a deal on both funding the government and a COVID-19 relief bill.

Rep. Bobby Scott, D-Va., and the chair of the House Education and Labor Committee said Thursday it was definitely a “legitimate question” on whether the government could shut down at the end of the month, an outcome he said would be “disappointing” and “regrettable.”

“I don’t think there’s interest on either side in a government shutdown, particularly in the middle of a pandemic,” he said, adding it was likely Congress would pass a measure to fund the government.

“I would rate the chance of a shutdown is as close as close to zero as you can get,” he said.

The government shutdown has wide-ranging ramifications on food safety and assistance programs, plus it’s putting a freeze on the release of new beer.