“When you look at Black representation, it’s pretty dismal,” says Stacy Brown-Philpot whose decision to step down as chief executive officer of TaskRabbit at the end of August undercuts an industry already short on executives from underrepresented groups.

Her departure also leaves her gig-economy company without any Black representation in the executive suite or on its board of directors.

“The face of Silicon Valley has to change in every single respect,” Brown-Philpot, one of Silicon Valley’s few Black CEOs and one of its most prominent Black women leaders, told USA TODAY in an exclusive interview.

In her four years at the helm of TaskRabbit, she oversaw the company’s acquisition by IKEA in 2017 and guided it through the coronavirus pandemic.

Brown-Philpot, who sits on the boards of HP, Nordstrom and Black Girls Code, talked with USA TODAY about her experiences in Silicon Valley, George Floyd’s death and Kamala Harris, the Democratic nominee for vice president.

The interview has been condensed for length and clarity.

Question: How did the death of George Floyd and the protests affect you personally and how have they affected your business and the broader business world?

It was tragic to watch and to see. I experienced anger, sadness, frustration, hopelessness. And I even relived my own experiences with racism. Every time someone asks me how I am doing, I kind of process a moment that I have had of my own.

But I also experienced a level of love, care and support that I have never seen before and I felt for the first time in my life what it was like to truly be seen. I have had a lot of allies and people who’ve been advocates and active supporters of diversity in general and in tech, but after the George Floyd incident, they really saw me and what was happening.

Racial divide: Why are there still so few Black executives in America?

When the protests began we had some town halls at TaskRabbit and created space for all of us to talk about how we were feeling. Instead of just jumping into ‘Let’s fund this organization’ or ‘Let’s get out there,” (it was) ‘Let’s talk about what’s going on and how we are feeling about it.’ And that open environment really helped strengthen our culture. It really helped encourage people to talk about their feelings and helped us come up with the things we need to do as a company.

What are the things you need to do as a company?

I am proud that TaskRabbit is a very diverse company. The numbers look really good. And yet, we are still in a world where something like this can happen which means we really need to do more. 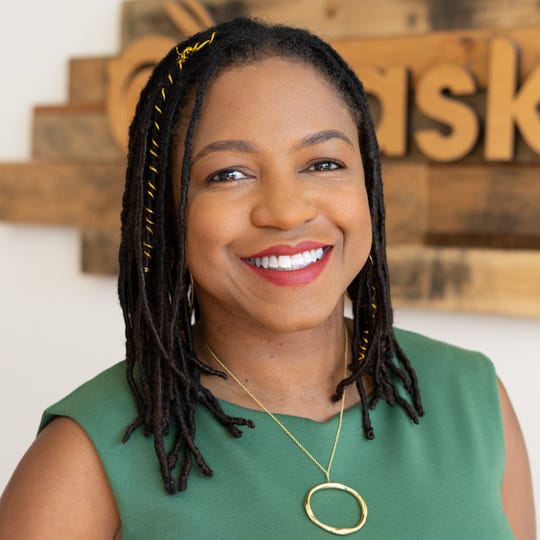 We are being more conscious and more deliberate on making sure we have Black representation at all levels of the company including our board, and it’s not where it should be, so that’s a specific effort that the team is going to embark on.

(Of the employees that chose to self-report their ethnicity to TaskRabbit, 8% are Hispanic or Latino and 7% are Black or African American, the company said.)

What percentage of your leadership team is Black?

Other than me, there are no other Black people on my leadership team. I am not proud of that. I wish that were not true. And we can and should and will do better.

Is there Black representation on the board?

I am on the board right now, and they are currently evaluating some opportunities to ensure that that continues after I’m gone.

You went from Goldman Sachs to Google. What drew you from investment banking to the tech world? When did you first become aware of the opportunities in this world?

I grew up in Detroit and most people who were successful became doctors or lawyers. Even going into business was not something that people recognized as success. I was the first in my immediate family to go to college. My mother raised us by herself. My grandmother took care of us. We didn’t have a lot of money. Whatever I did, I needed to raise some money.

When I was at Goldman in 1999, it was during the dot-com boom and subsequent bust. It really piqued my interest in Silicon Valley. As an M&A analyst, my job was to figure out the value of these companies and it was just fascinating to see that these companies had no revenue and yet had so much value. That’s what drew me to business school at Stanford to really just learn what this place called Silicon Valley was all about.

What made you decide to set down roots here and in the tech industry?

When I left business school, I went to work at Google and I thought I was going to be there for a couple of years and just get some really good experience at this tech company and then from there, maybe go back East.

Two years turned into nine years because the company grew from 1,000 to 50,000 people in that time. The level of exposure and experience that I got in that time at that company was just phenomenal. I lived in India. I ran our team in Hyderabad. I grew as a leader, operator and executive. I became a part of the fabric of what Silicon Valley is supposed to be all about.

When you were at Google, there were very few Black employees who worked there. What was that like?

We were growing so fast and doing so much that everybody was working hard and it was a meritocracy but that wasn’t enough. Two years in, I looked up and I became more aware that there aren’t more people like me. That’s what inspired me to create the Black Googler Network.

We weren’t intentional about recruiting. We were just trying to hire great, smart people because we were growing so fast without realizing that, we needed to target certain groups that, like me, don’t know that a career in tech is a great career, that it can be lucrative, that it has opportunities for wealth creation. That’s not something that’s taught in the Black community.

So we had to go out and make the effort to do it. We went on from there to change the way we did recruiting, to increase representation in our internship programs of Black and Latinx people and to improve the numbers in terms of diversity in the company.

To this day Google struggles to recruit and retain Black employees. Why is that?

Being one of the only is very lonely. The few of us who are out here, we come together as often as we can to share stories and support each other. One of the challenges that each of us has inside our company is staying focused on making sure we get the representation we want and create a truly inclusive work environment in which people can bring their whole selves to work.

I don’t know a Black person who hasn’t experienced racism anywhere in the world. Like many people, I’ve had my experience of being overlooked. People didn’t see me.

When I traveled after becoming CEO, I would sit in my seat and someone would sit next to me and invariably sometimes I chatted with people. I would tell somebody I am the CEO of this company called TaskRabbit. “Oh you’re the CEO of TaskRabbit, good for you,” would be the answer. And that answer is a microaggression. Of course, it’s good for me. It’s good for the company. It’s good for a lot of people that I am the CEO. Those kinds of things happen to me all the time. 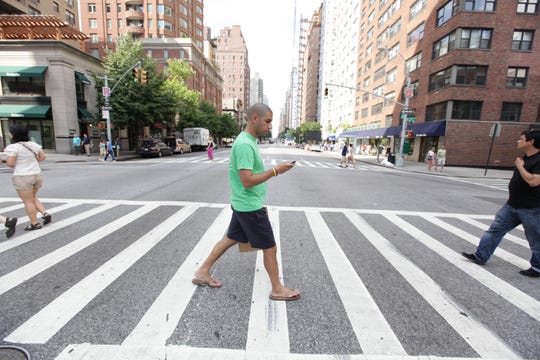 You recently announced that you had become an adviser to a $100 million fund that Softbank is creating to invest in companies led by people of color. How did this come about and what do you hope to accomplish?

Like most people in the May to June time frame, we were watching the events unfold and trying to figure out what, if anything, we should do about it. Marcelo (Claure, CEO of Softbank) and Paul (Judge, co-founder of TechSquare Labs and Pindrop), whom I met two years ago on a Henry Crown Fellowship Program through the Aspen Institute, were chatting about what we can do to have a big impact.

We came up with the idea to create a fund, a big one, $100 million, to invest in Black people, Latinx people and Native Americans who just have been shut out from these opportunities. It was a way that the three of us felt we could have the most impact, that we could really truly change the way the process of how raising capital is done for these groups of people and that we could create opportunities for wealth generation among communities that really need it, want it and deserve it. And I am hoping that’s what happens.

What was it like for you to see Kamala Harris accept the vice-presidential nomination?

There were multiple qualified Black female candidates for VP which for me was just an amazing sense of pride and joy. And then for her to be selected from my home state of California, I was so happy. I am looking forward to her leadership in so many ways.

What is next for you?

I have not decided yet. I am planning to take a real break and do nothing for a bit, so that I can reflect on all that has happened, all that we’ve been able to accomplish at TaskRabbit and all that I’ve been able to accomplish in my career and find that next thing that I want to commit to for at least the next five years and it’s going to be something that will have a lasting impact.