COVID-19 and the global downturn have hit car sales hard, but the pandemic isn’t the only thing on the minds of new car buyers.

Consumers are less satisfied in general with their rides, but among the Detroit Three, Fiat Chrysler Automobiles can tout some good news in the latest survey of customer satisfaction.

The latest version of the American Customer Satisfaction Index shows that FCA, maker of Ram trucks and Jeep SUVs, actually improved its score compared to a year ago. That can’t be said for either General Motors or Ford.

The survey is based on interviews with 10,414 customers, “chosen at random and contacted via email between July 1, 2019, and June 14, 2020,” so the period covered also includes the initial months of the coronavirus pandemic. 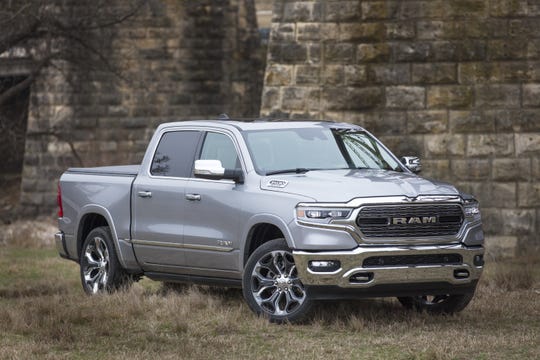 Experts weigh in: Should employers force workers to get COVID-19 vaccine?

Social Security: The smart way to claim benefits during the pandemic

“Looking at domestic automakers, customer satisfaction results are mixed as both Ford and GM show steep declines while Fiat Chrysler nets a gain. Ford falls furthest this year, tumbling 5% to 76 (on a 0-100 scale), the lowest score among the Detroit Three,” according to the 2020 American Customer Satisfaction Index report being released Tuesday.

That result marks a turnaround for FCA, which had in recent years registered the lowest score of the three companies in the annual survey. FCA also saw a marked improvement from last year.

“A year ago, Fiat Chrysler was the biggest loser in satisfaction, but for 2020, the carmaker rebounds 3% to tie with GM at 77. The improvement brings Fiat Chrysler … in line with both GM and Ford for the first time in five years. While the company benefits from high and stable satisfaction for its Ram nameplate, both Dodge and the self-named Chrysler brand post positive driver satisfaction upswings this year,” the report said.

Those improvements for Dodge and Chrysler should note that the two brands bring up the bottom of the list, but the Ram brand, which competes in the highly profitable pickup segment, is solidly in the top six, which includes Lexus, Audi, Cadillac, Mercedes-Benz and Toyota. But among mass market brands, not counting luxury nameplates, Ram and Toyota are tops. 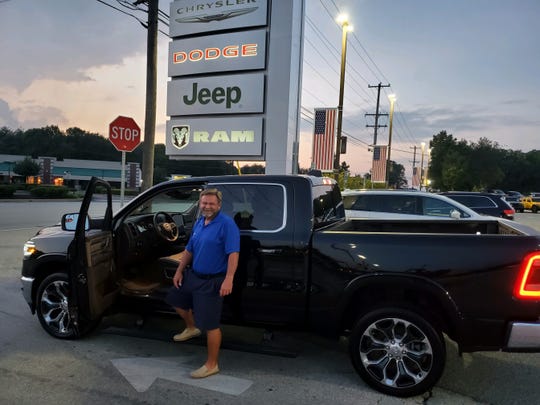 John McNichol of Glen Mills, Pennsylvania, is sold on Fiat Chrysler’s products, although he attributes much of that to the relationship he has with his dealer, David Kelleher, president of David Dodge Chrysler Jeep Ram.

McNichol, president and CEO of the Pennsylvania Convention Center in Philadelphia, said he met Kelleher years ago at a fund-raiser and Kelleher and his dealership have done everything right, including at one point talking him out of a more expensive Jeep Wrangler and into a Ram pickup that Kelleher knew would be more to his liking.

“I’ve got nothing but good things to say,” McNichol said.

Although he used to be “agnostic” on car brands, McNichol, who has sent just about everyone he knows to his friend’s dealership, has a mini-fleet of FCA vehicles in his family now — a Dodge Durango, a Chrysler 300 and both sons drive Jeep Cherokees. And then there’s the 2019 Ram 1500 Limited.

“It is just a smoking hot truck. I love it,” McNichol said.

The Ram 1500 runs so much better than his one-time favorite vehicle, a GMC Yukon Denali, McNichol said. That Ram drives like a “great, upper-end SUV.”

That’s quite a testimonial from a current FCA customer.

For Ford, and to a lesser degree GM, the news from the survey was troubling.

“A sharp decline for luxury plate Lincoln combined with a smaller drop for the Ford brand pushes the company to a five-year low,” according to the report. “GM plunges nearly as far, down 4% to 77, beating Ford by a point. While GMC trucks hold steady for customer satisfaction, the company’s Buick and Chevrolet nameplates both retreat to record-low satisfaction levels.”

The declines, however, are not unique to GM and Ford, with 17 brands posting declines year over year. European carmakers hold a lead over Asian and U.S. companies.

“For both domestic and international carmakers, customer satisfaction is now at its lowest level in five years,” the report said.

Luxury brands, with a 4% decline, were hit harder than mass market brands, which dropped 1%.

The report did offer a way for at least some automakers to boost their customer satisfaction ratings — improve how they handle recalls.

“The brands that experience the strongest negative impact of recalls on satisfaction this year are two Fiat Chrysler plates, Ram and Jeep, along with luxury plates Cadillac and Mercedes-Benz. For these brands, customer satisfaction would be significantly higher if their handling of the recall process improved,” the report said.

The auto industry can take some comfort in knowing that it’s nowhere near the bottom of industries ranked by the American Customer Satisfaction Index. Subscription TV services, Internet service providers and video-on-demand services round out the bottom, and Americans apparently love their breweries, which, as an industry, is tops for satisfaction.

“The ACSI was started in the United States in 1994 by researchers at the University of Michigan, in conjunction with the American Society for Quality in Milwaukee, Wisconsin, and CFI Group in Ann Arbor, Michigan. The Index was developed to provide information on satisfaction with the quality of products and services available to consumers. Before the ACSI, no national measure of quality from the perspective of the user was available,” according to survey’s website.