The early days of the coronavirus pandemic were marked by a run on toilet paper and baking supplies, the sort of necessities and comforts driven by nation-wide stay-at-home orders. But that focus on domestic comforts may be shifting, with retail trends pointing to rising anxieties among Americans as the pandemic drags on.

Sales of personal safety devices such as pepper spray as well as solar-powered mobile phone chargers are on the rise, according to several retail sources. And while spending on travel and restaurants remains depressed, demand for RV rentals is surging, says Bill Parsons, group president of data and analytics and international at Envestnet|Yodlee. That indicates consumers are willing to travel as long as they can ensure their safety from the coronavirus.

The shift in spending comes as Americans are venturing out of their homes, even taking summer vacations, but seeking to shield themselves amid rising anxieties over everything from the virus itself to the perception that crime may be on the rise. Even though crime remains low — and in fact dropped in March as people remained indoors — anxieties have been sparked by unrest in cities such as Portland, Oregon over police brutality and systemic racism.

“It’s a sense of unease that everybody has,” says Kristin Cook, senior editor at retail deal site Ben’s Bargains, which saw a spike in demand for pepper spray and solar-powered chargers at the start of August. “For a while there it felt like everyone sort of decided we were over [the pandemic], but we’re seeing the anxiety-type purchases ticking up, as people realize this is will be more of a long haul.”

But it’s not only protests and riots that are prompting interest in personal-safety devices. People are again venturing out-of-doors, but are more likely to be on their own due to social-distancing recommendations. That’s spurring purchases of pepper spray and personal alarms.

“People want to go into nature, where it might not be as crowded,” notes Ali Ferber Peters, who co-founded the personal alarm company Birdie last year. “Carrying an alarm gives people confidence.”

Her alarm business had its slowest month in March, Peters recounts. But sales have grown “exponentially” this summer, she says, with sales as much as tripling each month since May. Those increases are driven by mothers buying the alarms for their daughters, as well as young women buying the brightly colored devices — which emit a 130-decibel alarm — for themselves.

Consumers are responding to the continuing uncertainty of the pandemic as well as anxieties over future events including the Nov. 3 presidential election, says Mace Security International CEO Gary Medved. He says the Cleveland-based company is contemplating adding a third shift to its factory to keep up with demand for its Mace-branded pepper spray, which had introduced new colors and packaging in the months before the pandemic shut down the economy.

The sales boost “is not letting up,” Medved says. “The last few months have told people, ‘Be prepared.’” 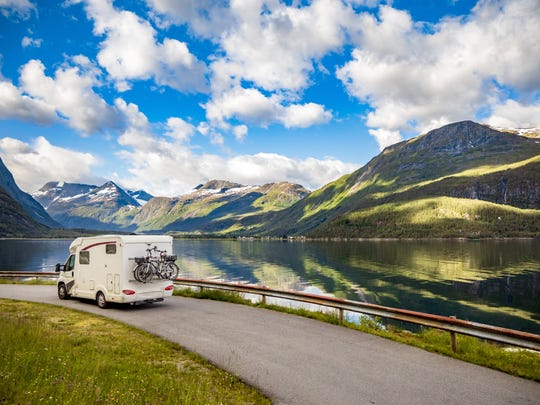 To be sure, some of the basics that were in demand at the start of the pandemic remain coveted, leading to “massive, country-wide out-of-stocks for all things Lysol, bleach and wipes,” says Anne-Marie Roerink, principal and founder of marketing research company 210 Analytics, which tracks grocery sales.

Meat sales remain high, as do sales of frozen foods, including frozen pizzas, as people prepare more meals at home, she says. “Frozen pizza has been a pandemic go-to for consumers, with sales still up 15% over year-ago levels,” she says.

Another trend she’s seeing: Consumers are buying for the long haul, including purchasing larger containers of yogurt and candy bars. Blame this on the shift to at-home work, with consumers no longer needing single servings they can toss into their bags before heading to the office in the morning.

“The big question becomes whether those changes are here to stay,” she says. “It is likely that much of it will depend on whether people will continue to work from home.”

Consumers are looking for “bubbles” that can help them feel protected while resuming some of their regular activities, notes Parsons of Envestnet|Yodlee. That’s why spending on RV rentals tripled for both June and July, while spending on hotels declined by double-digit percentages, compared with a year earlier, he notes.

“People say, ‘I want to be in a bubble, and an RV lends itself to a bubble’,” he notes. “People are choosing the RV as a way to manage through the pandemic and be in a safer place.”