From lighting to sound, here are 5 tips to prepare for a virtual job interview.

Imagine you’re on a Zoom call and you actually want to zoom in to the image.

You know, get the camera closer to the action or maybe show something maybe on the back wall that a viewer might want to know more about.

It’s not going to happen with that little webcam that’s built in to your computer, nor will a dedicated webcam solve the issue.

But the Mevo camera this week introduced a way to bring its webcam-like functionality to Zoom, and now you can and actually zoom around the room.

It’s not easy to pull off on a $400 camera (with way higher resolution than that of a traditional webcam), but the results are worth it.

We’ve talked a lot this week about different ways of using Zoom, whether that be with add-on apps to extend the experience, or with dedicated video devices from Amazon, Google and Facebook. But the Facebook/Zoom connection won’t happen until next month, and perhaps you don’t want to spring $129 or so for the Facebook Portal to make it work. 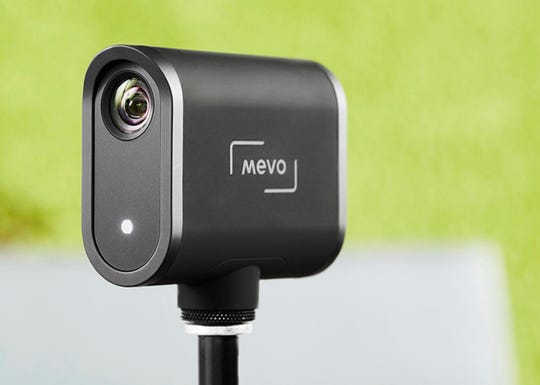 Perhaps you would prefer not buying a new camera like the Mevo or Amazon Echo Show, and instead just use your old (or new) iPhone or Android phone. I’ve got some tips on how to make that work for you as well.

NeuralCam is an app that connects your iPhone for Zoom (Photo: NeuralCam)

Two new apps for using the iPhone as a webcam came out this month, and both make it drop dead simple to connect – something you couldn’t say about earlier attempts.

NeuralCam (free or $29.99 yearly with pro features, like removing the watermark) and Reincubate Camo ($40) work on Macs and iOS devices only. Aidan Fitzpatrick, the Great Britain based developer of Camo, says he’ll ship an Android version later this year.

“The flagship Androids have good cameras, but the average Android doesn’t,” he adds.

Neural says it has no plans for an Android version yet. Android fans should try EpoCam, whose pro version is a more economical $5.49. The free version only lets you go into Zoom with a super low 640×480 non-HD resolution. Pay the full fare and you get 1920×1080.

For Camo and NeuralCam, you download the phone apps from the Apple App Store, and an additional Mac plug-in. Then, attach the Lightning charging cable from the phone to the computer to connect. 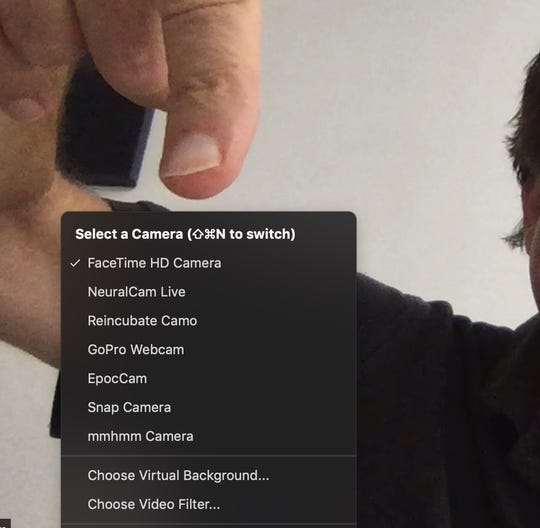 Once connected, open Zoom and access the drop-down menu on the Video tab, and you’ll see a choice of cameras. Select, and you now have a way better looking webcam.

Just be sure, buy a smartphone attachment and a tripod to mount the phone near your desk. Tripods come in many sizes. A small, tabletop tripod will be too small to be at eye-level, which is where you want the camera. Try a medium hybrid, like this $37 model from Neewer. 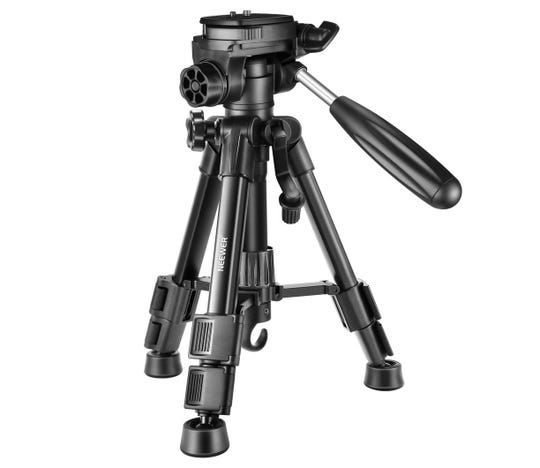 If you have a recent iPhone with multiple lenses, you’ll be able to zoom into the image during your Zoom call. Neural and Camo also work with other video conference programs, including Microsoft Teams, GoToMeeting, Skype and Google Meet.

Fitzpatrick has a good explainer on his website for why an iPhone can produce a way better image than a webcam. We wrote recently about how to turn recent GoPro Hero8 cameras and Canon DSLRs into webcams as well.

For the Mevo, which has been positioned as a camera for live webcasting, the benefits are a really long battery life, higher resolution image, the ability to record directly into the camera and the zoom in tools – which let you play director on the phone screen while you’re Zooming, by cropping in and out.

The app currently only works with the most recent Mevo camera, the $399 Start version, on Windows and Apple. However, the camera needs to be plugged into the computer with a USB cable.

A new wireless offering, which lets you walk around the room with your camera (something really hard to do with a webcam) is available for only Apple computers currently, but a Windows edition is coming soon, says Mevo. For Macs, you’ll need to download a web app. 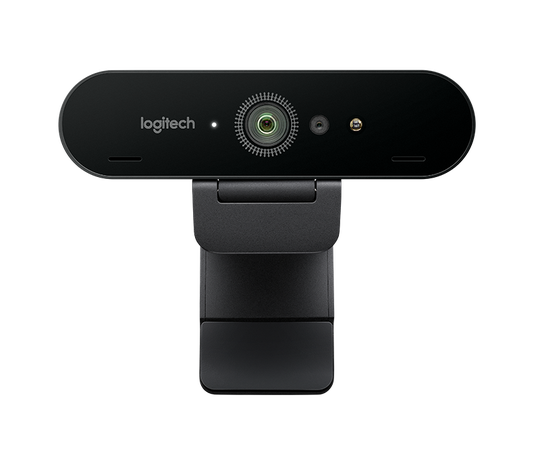 Logitech Brio is a webcam with 4K resolution (Photo: Logitech)

Meanwhile, webcams, which became a hard to get item since March when the pandemic started, are still hard to get. Logitech, whose 4K resolution $199 Brio is out of stock, says on its website it’s “working tirelessly” to fulfill orders as soon as possible.

It looked like Uber and Lyft were going to stop serving California residents, but a judge gave the ride-hailing companies an emergency stay. An appeals court allowed the companies to continue treating their drivers as independent contractors in California while an appeal works its way through the court. A new California law called for companies to treat “gig” workers as full-time employees, a law the firms were fighting.

Twitter CEO Jack Dorsey donated $10 million to a recently launched center devoted to studying and stamping out racism. The contribution to Boston University’s Center for Antiracist Research was made through Dorsey’s philanthropic venture Start Small, according to Dorsey’s Twitter account and BU Today, a university publication.

Speaking of Twitter, president Donald Trump asked the Supreme Court to allow him to continue blocking critics on Twitter. After Trump blocked some of his followers, Trump sued, charging that he was seeking to “suppress dissent.”

How to jazz up your video presentation

DNC showed how to stage a virtual event