The new Samsung Note 20 Ultra 5G phone is about as premium as they get, with so much power to spare, a beautiful screen, the best video resolution yet on any Note phone, a faster more responsive pen, and a super high price, starting at $1,299.

That’s a good $50 more than the top of the line iPhone, the 11 Pro Max, which has a smaller 6.5-inch screen to the giant size 6.9-inch screen of the new Note, the update to last year’s Note 10 models.

The Note, now available, also has a refresh rate that’s double the speed of the iPhone 11 Pro, 120Hz to 60Hz, which means smoother video, which gamers will love, and the stylus pen that is the trademark of the Note. 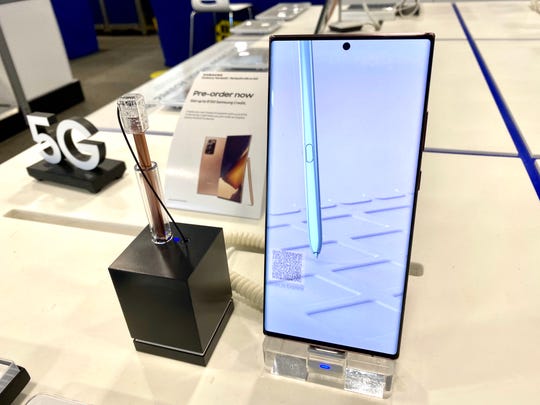 Not yet: 5G networks are not shining. But with new phones from Samsung and Apple, could this be 5G’s year?

Confused?: Thinking of buying a 5G smartphone? Finding your carrier’s flavor of 5G requires a taste for investigation

There are actually two models of the Note20 to choose from: the Note20 5G and Note 20 Ultra 5G. Samsung sent us a Note20 Ultra to test out.

The differences are slight: 6.7-inch screen on the $999 Note20 model and a smaller battery. Both are advertised as “all-day” batteries.

This year’s pen has a faster response, per the company and a new position: It’s now on the bottom left of the unit, instead of the right, which some might find odd.

Whether a pandemic seems like a fine time to splurge this kind of money on a premium phone is your call. Just know that it’s not Samsung’s highest-priced phone, by a long shot. Last year’s first edition of the Fold, which when unfolded turns into a tablet, starts at $1,980. A new edition of the Fold, with an even larger screen, is slated for September release. Samsung hasn’t announced the new price yet.

Let’s take a look at some of the upgrades:

You can now create a screen shot by waving the pen across the screen and clicking and separately, you can write on a PDF, a godsend for those who need to sign official documents. As in last year, you can use the pen to snap a selfie.

The new Note offers three lenses, like March’s Galaxy S20 phones, and an improved zoom feature on the portrait lens, 5X zoom, up from 2X. This is a fantastic feature, and you should leave it at that, but readers, please don’t go any further. Samsung also offers a 50X digital zoom, which is a gimmick like the 100X zoom in the Galaxy S20 phones that came out in March. It’s not really a zoom, in that it brings you closer to the action. What it does is crop your photo instead to move in, and it makes it all fuzzy and grainy, for a truly awful looking shot.

Take a look at the test shots below, shot in ultra-wide, wide and 5X zoom on the portrait lens, followed by the highly pixelated 50X version. 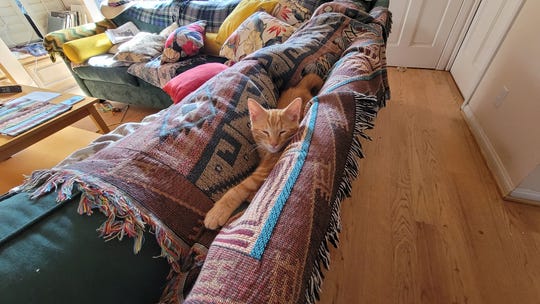 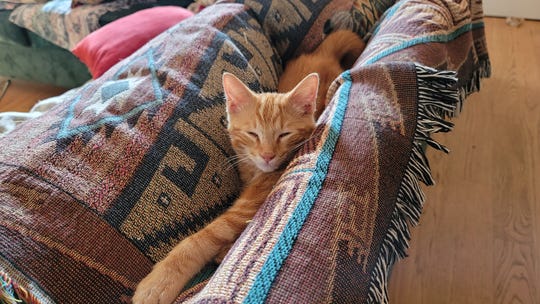 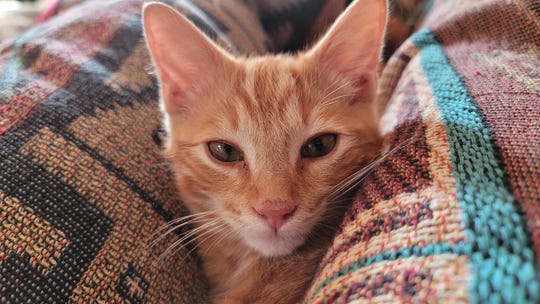 While Samsung has positioned this phone for the future, by making it available to the new emerging 5G networks, which are advertised to be super speedy, know that 5G has a ways to go. The networks are currently either spotty (Verizon and AT&T) or nowhere as fast as advertised by all three wireless carriers, which also includes T-Mobile.

However, the carriers say 5G in the coming year will look a lot different, as they continue to build out their networks. The adoption of 5G is expected to get a big boost in the fall when Apple releases an expected line of 5G phones.

But for a second opinion, I passed the phone on to my editor Michelle Maltais, a Samsung Galaxy user, for her take.

Michelle: My family is an Android family – we currently use a pair of Galaxy S10+ phones. There were a couple things that struck me, beyond the slim design and the brassy yet rosy-enough sheen of the Mystic Bronze.

The camera was the most notable upgrade for me. In addition to what Jeff noted above, the selfie camera is remarkably better than the one I’m currently using. It’s able to capture a sharp, clear shot even when I was backlit with the bright fluorescent light of my home office.

And while it’s unseemly to dance on anyone’s grave, I was happy to see Bixby was nowhere in sight, though a button to summon Google Assistant would have been nice. (To be clear, Bixby’s still lurking – not actually gone – but not annoyingly interrupting with an accidental press of a left-side button. A swipe to the left can summon Bixby, if you need it.)

The short time I owned a Note 9, I enjoyed – and too often lost – the pen for quick note-taking. I could find enough use for the function that allows you to quickly take notes on the lock screen and save them. Using the pen for picture taking would take some getting used to, but it could make is a bit easier taking a family photo without having to use a timer. The short time I used the phone, I found the pen a welcome partner that I resented less than pens (or pencils) on other rival devices that don’t have a compact place to be.

Everything on the phone just looked sharper, which was great news for my screen-tired eyes. The detail in the photos – light behind my daughter’s hair, for instance – was ever more crisp and visually nuanced, almost as the eye itself might see it.

Now for the deal breakers for me: the bulge, the pen placement, the price and, yes, the missing headphone jack.

Wow, those camera lenses really do stick out. While Jeff told me it didn’t bother him so much, as a woman with rare pocket space, kids and uncarpeted floors, I was a bit nervous about them getting banged on a table, stuck on my clothes or otherwise harmed in dropping. It also made the otherwise sleek phone feel awkward in the hand.

The new spot for the pen is likely to be celebrated by left-handed users. However, as a rightie, I found it just too cumbersome to move around the heel of my left hand to remove the pen every time.

There’s this issue with the price. The Note20 is certainly not out there over the $1,000 mark alone. Though the deals out there now effectively knock the price down significantly.

And lastly, the missing jack. Excuse me, but my Galaxy S10 phone from 2019 has one, and Samsung used the headphone jack as a selling point. But what a difference a year makes, huh? This year, yes the choices of super powerful phones with actual headphone jacks are dwindling to nothing. (Most of the budget Galaxy A series do have the jack, though!)

So beyond the price, my bottom line: A phone without a headphone jack is not for me.