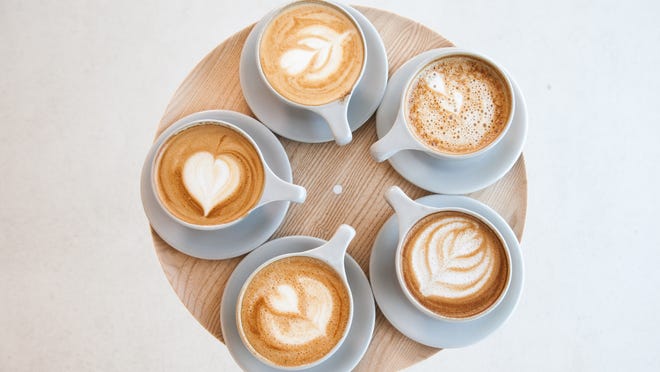 Americans have soured on traditional milk, and the fallout is spilling into the dairy aisle.

As consumers increasingly turn to milk alternatives and thousands of dairy farms are collapsing, milk producers are now faltering, too, putting thousands of jobs at risk and threatening their brands.

Consumption of dairy milk fell about 41% from 1975 to 2018, dropping from 247 pounds per person annually to 146 pounds, or about 17 gallons, according to the U.S. Department of Agriculture’s National Agricultural Statistics Service.

Changes in breakfast habits, a desire for healthier drinks and environmental concerns are key factors. Alternative beverages based on almonds, soy, coconuts, oats and other products are flourishing and undermining dairy milk.

“A lot of consumers look at milk and they see the high fat, the high cholesterol, they may have concerns about the way the milk was produced,” said IBISWorld analyst Devin Savaskan, who tracks the dairy industry. “You see a lot of people switching to a completely plant-based diet and that’s just going to continue to drive down the popularity of milk.”

“Breakfast was dominated by a bowl of cereal and a glass of orange juice 50 years ago. And that’s not the way folks are eating breakfast today,” he said in an interview with USA TODAY.

The trends have contributed to a financial crisis for dairy farms for years. More than 94,000 family dairy farms shut down from 1992 to 2018, according to the National Farmers Union.

Part of the problem is that even as dairy farms disappear, overall milk production has increased – in part due to improved techniques for cow milking – which has flooded the market with milk.

Now, after several years of price drops due to excess supply, farmers have boosted milk prices to try to make up for their own losses. In November, the most recent month in which data was available, the price of raw milk was $21 per 100 pounds, up 22% from November 2018, according to the USDA.

But the average retail price of whole milk and 2% milk rose only 4% during that time period. That means profits are plunging for milk processors like Dean and Borden, compromising their ability to pay substantial debts.

What’s more, brand-name milk companies are facing heightened competition from private-label competitors. Retailers are increasingly selling their private-label milk at a discount to lure customers into the store, according to Dean Foods.

Walmart in early 2018, for example, opened a dairy plant in Indiana, which cost Dean Foods about 100 million gallons of sales, according to a Dean Foods court filing. Walmart and its subsidiaries, including Sam’s Club, accounted for 15.3% of Dean Foods’ sales in 2018.

There aren’t enough milk buyers to support the amount of production in the marketplace, said Arun Sundaram, a CFRA Research analyst who tracks agriculture.

The turmoil poses a serious threat to the brand names that occupied American refrigerators for decades, he said.

For companies like Dean Foods, whose more than 50 brands include DairyPure, TruMoo, Land O’ Lakes and Country Fresh –  the increasingly intense competition has proven especially damaging.

The Dallas-based company, which was founded in 1925 and has about 15,000 employees and 58 manufacturing plants in 29 states, has been negotiating a potential sale to national co-op Dairy Farmers of America since Dean’s bankruptcy filing on Nov. 12. Both organizations confirmed that they are continuing to pursue a deal.

Fluid milk sales make up 67% of the business for Dean Foods, which also supplies schools, contractors and restaurant chains like McDonald’s, Panera, Taco Bell and Starbucks, Dean Foods CFO Gary Rahlfs said in a court filing. But sales of fluid milk fell 5.8% in 2018 and 4.2% in 2017, Rahlfs said.

Until a deal can get done with Dairy Farmers of America, “we will continue operating our business as usual,” Dean Foods said in a statement in response to USA TODAY questions.

With pension liabilities and other debts also stacking up, Dean Foods was nearly out of money when it filed for Chapter 11 bankruptcy protection to “prevent potentially ruinous customer flight,” the company said in a court filing in November.

If a money crunch kept Dean from delivering milk, that would mean “school lunchrooms, coffee shops, and grocery stores across America could face weeks without cartons for their lunch trays, milk for their coffee, or gallons for their refrigerators,” Dean Foods said in the filing.

Borden – which traces its roots to 1861 and is known for its “Elsie the Cow” mascot – was the largest dairy company in the world in the 1980s, according to a court filing. But the company encountered financial trouble in the 1990s, was sold to KKR for $2 billion in 1995 and sold off many of its divisions and brands.

To diversify its revenue, the company has created new products like a high-protein flavored milk drink called Kid Builder as well as Gingerbread Egg Nog and new refrigerated dips.

Still, fluid milk and cream made up 92% of the company’s about $1.2 billion in sales in 2018. With nearly 3,300 employees, Borden operates 12 manufacturing plants and has sales concentrated in the southeast U.S. In addition to grocers Walmart and Kroger, the company supplies milk to chains like Dairy Queen, Dunkin and Starbucks.

But Borden CEO Sarsam told USA TODAY that the price of raw milk, which milk producers purchase from dairy farms, has increased 30% since he joined the company in May 2018. He blamed what he called “milk monopolies”, in the form of national co-ops, for colluding to increase prices “at great cost to us.”

He said the “anti-competitive” behavior is a function of outdated regulatory policies stemming from the Depression when the average dairy farm had only four cows. Today, he said, four co-ops control nearly half of the nation’s milk supply.

Sarsam said Dairy Farmers of America should not be allowed to complete a deal to acquire Borden rival Dean Foods.

“That would likely have the effect of eliminating other competitors in the marketplace,” he said.

Dairy Farmers of America executive vice president Monica Massey rejected the assertion that the nation’s milk coops, of which it is the largest, are squeezing milk producers through anti-competitive actions.

“This is an unsubstantiated claim,” Massey said. “To blame cooperatives for the business issues of other companies is unfair.”

The Department of Justice has asked Dean Foods for information about its potential deal with Dairy Farmer of America and other possible transactions under consideration, Dean Foods spokesperson Anne Divjak confirmed in an email.

“It is routine for the DOJ to review potential transactions and, as part of this review, to contact customers to gauge their reactions,” Divjak said. “Dean is cooperating with the DOJ in answering its questions. Dean believes that a transaction with DFA would be procompetitive and beneficial to both farmers and consumers.”

To be sure, it’s not all bad news for the dairy industry. Consumption of cheese and butter has reached all-time highs, according to the U.S. Department of Agriculture. And 94% of American households continue to purchase milk, according to the Dairy Farmers of America.

Plus, sales of certain types of milk – namely, whole milk, flavored varieties and filtered milks – have been rising.

“We have a very positive story to tell about dairy,” said Michael Dykes, CEO of the International Dairy Foods Association. “Consumers are consuming dairy products and our industry is growing.”

He said the role of alternative milk in undermining milk producers “has been overplayed, primarily by the media.” He pointed to various forms of water as a more significant competitor.

In 2019, dairy milk accounted for about one-third of the dairy industry’s $107 billion in revenue, a figure that includes cheese and yogurt, according to IBISWorld estimates

By contrast, milk alternatives totaled about $2.3 billion in revenue.

But the dairy industry is overflowing with companies that are fighting for a share of a shrinking pie. There were about 822 dairy industry companies in 2019, compared with only 18 in the alternatives space, according to IBISWorld.

In a court filing, Dean Foods acknowledged that “increasing competition” from a wide variety of sources, including private-label brands and alternative products, has undermined its business.

Some companies are taking an if-you-can’t-beat-‘em-join-‘em approach.

In 2016, New York-based Elmhurst Dairy shut down after more than 90 years of milk sales. In the wake of the closure, Henry Schwartz, son of the company’s founder, started Elmhurst 1925 to focus on plant-based milks in partnership with scientist Cheryl Mitchell.

After about three years in business, Elmhurst 1925 has drinks in 6,000 stores, including its most popular drink, unsweetened almond milk.

“That’s really the way they should be thinking,” Elmhurst 1925 chief marketing officer Peter Truby said of traditional milk companies. “They should really try to diversify.”

The major milk companies are taking a more combative approach.

Dean Foods, Borden Dairy, Dairy Farmers of America and others are waging a campaign to ban alternative drink makers from using the term “milk” to describe their beverages.

“There are plant-based products called ‘milk’ on grocery store shelves today that don’t include a single drop of dairy,” Dean Foods CEO Eric Beringause said in a statement to USA TODAY. “Even worse, consumers are being misled into believing that these imitation products are as healthy as their dairy counterparts.”

The company called for the Food and Drug Administration to enforce “Standards of Identity” regulations that would reserve dairy terminology for traditional dairy products.

The FDA is weighing a potential update to the standards based on modern marketing trends but declined to comment on the record for this story.

IBISWorld analyst Savaskan is skeptical that the dairy companies will prevail, saying their efforts have been “more or less unsuccessful” so far.

All sides agree that Americans have become increasingly interested in healthy drinks in recent years. What they can’t agree on is which drinks are healthiest.

But the argument is almost beside the point, Savaskan said.

“People are going to change their taste based on what they see, what they feel and what they’ve been told,” he said.