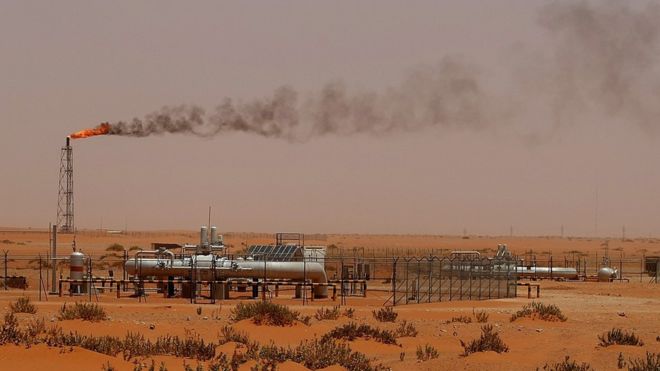 Saudi Arabia Plans To Diversify Away From Its Oil Business

Saudi Arabia estimates its giant state oil monopoly to be worth approximately $1.7 Trillion. Recently, Saudi Aramco publically declared that it will be selling around 1.5% of its 200 Billion shares in inequitable privatization for somewhere between 30 Riyals and 32 Riyals each. Aramco is a profitable company and thus, it could be worth 6–6.4 trillion riyals. On a global platform, looking at the numbers, it is the world’s most valuable company even when compared to Apple. If a higher price range is achieved then it could be recording-breaking for Aramco. The company would have its share sale summing up to $25 Billion and thus, pushing it higher than Alibaba’s 2014 debut on the New York Stock Exchange, which was to date considered to be a record IPO.

For bringing about economic diversification, Saudi Arabia plans to sell its shares in Aramco for the first time to reduce the kingdom’s dependence on its oil business. Aramco has many oil reserves and massive daily output plus it is considered to be a monopoly in Saudi Arabia. In 2018, the company made $111 Billion in profit and plans to shell out annual dividend of $75 Billion through 2024. Crown Prince Mohammed bin Salman has already planned to sell the shares in Aramco for $2 Trillion. The international investors fear low oil prices, climate crisis, and other geopolitical risks. Aramco will no longer be marketing the IPO abroad. After the commencement of the Saudi stock exchange this month, the price for the shares is expected to be set by December 5, 2019. Saudi Arabia is advised to start privatization as many investors are backing off due to the climate crisis. The human rights record has shown that the banks must stop business with the kingdom and also because of Washington Post columnist Jamal Khashoggi’s murder.

In a similar context, Saudi Arabia has launched a new premium residency program that can help the people live in the kingdom as long as they wish to. A few recipients have been selected from 1000 applicants and are advised to pay 800,000 Riyals for the right to permanent residency or 100,000 Riyals for a renewable 1-year permit. The visa will give extra-special investors, engineers, doctors, and financiers to buy property or do business freely in the kingdom as the attempts to diversify away from oil are on. The golden visa program is expected to raise $1 Billion in the first 3 Years.