Major airlines, including Chicago-based United Airlines, have been forced to slash their flight schedules while adding extra safety measures to protect their employees and passengers from contracting COVID-19. (May 8)ÿÿÿ¿m

As cities reopen and air travel gradually picks up, the government is on the cusp of giving final approval to a lengthy list of cities that could lose some of their airline service.

Airports on the list that could temporarily lose an airline or certain flightsrange from those in large cities like Albuquerque, New Mexico, and New Orleans, to towns like Platinum, Alaska, and Ogdensburg, New York. Most, however, fall somewhere in the middle when it comes to size, whether its Columbus, Ohio, or Sacramento, California.

Some cities could take multiple hits. Palm Springs, California, is on the chopping block when it comes to service from JetBlue, Allegiant and Frontier.

The list is the latest attempt by the Department of Transportation to help airlines cope with a dearth of passengers and conserve cash amid stay-at-home orders due to the coronavirus while trying to make sure the communities still have airline service.

The 15 carriers that have applied to suspend some service range from giants American, Delta and United to regional airlines Cape Air and Silver Airways. Before the pandemic, the airlines could have just cut flights on their own. But as a condition of having accepted bailout funds under the federal stimulus, they must apply for DOT approval before stopping service to a particular city.

Recently, airlines have received permission to stop serving certain routes or cities on an individual basis. But the latest move represents an attempt to take the requests as a group under a new system to let airlines drop up to 5% of the airports they serve in their network.

If travel picks up, there’s nothing to preclude airlines from restoring service. The DOT didn’t spell out when it would issue a final ruling or when cuts would go into effect.

With the government’s comment period having ended Thursday, cities, members of Congress and chambers of commerce have tried to make their cases for why the DOT shouldn’t allow service to be cut. 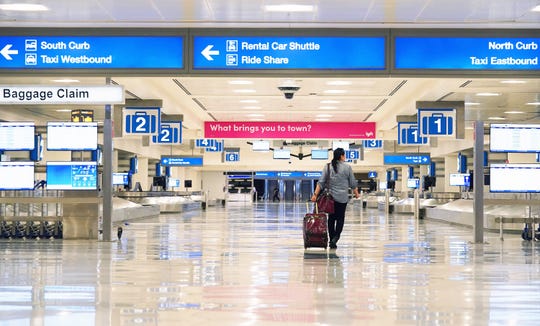 The DOT stipulated that it would not leave any destination that had service before the pandemic struck without at least one carrier continuing to serve it. Also, the service cuts, to which it has already given preliminary approval, would expire Sept. 30.

Some airport officials are concerned, however, that the cuts could be extended, perhaps indefinitely.

“Today’s disappointment” over Delta’s application to drop service from Lincoln, Nebraska, to Minneapolis and Atlanta “pales in comparison to tomorrow’s concern that the word ‘temporary’ will be left to interpretation” and become a permanent economic loss to the community, wrote David Haring, executive director of the Lincoln Airport, in a letter to the DOT.

The proposed service suspensions come as airlines are starting to see the first signs that passenger traffic could rebound as cities reopen. The Transportation Security Administration reported seeing the first increases in passenger counts above 300,000 a day over the Memorial Day weekend.

Yet airlines have reported most flights are taking off far from full. Earlier this month, industry group Airlines for America said the average domestic flight had 31 passengers aboard, down from 85 to 100 earlier this year. 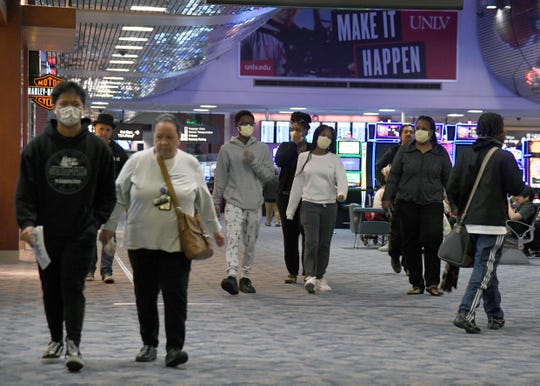 People, some wearing masks, walk through a concourse at McCarran International Airport as the coronavirus continues to spread across the United States on March 19, 2020 in Las Vegas, Nevada. (Photo: Ethan Miller, Getty Images)

Anthony Dudas, the airport director in Williston, North Dakota, for instance, said that the town is a gateway to the rich Bakken oil fields. Before the pandemic, it had five daily flights between United and Delta. Now, those flights have been reduced to one a day for each of the two airlines. If Delta is granted permission to suspend service, the community will be down even further – serving a $275 million airport that opened last year.

“While we understand the need for air carriers to have flexibility in adjusting schedules and services, we believe the impact from significantly reducing air service to western North Dakota will be enormous,”  Dudas wrote.

In Mobile, Alabama, an airport official opposes allowing Frontier Airlines to stop its direct flights to Orlando, Florida. His letter says the airport shelled out thousands of dollars a month for a promotional campaign when Frontier Airlines started serving Orlando, and the flights have remained popular.

“We feel confident that people on Alabama’s Gulf Coast will take advantage of this flight throughout the summer with plans underway to reopen Disney World and Universal Studios (Orlando) in the next two months,” wrote Chris Curry, president of the Mobile Airport Authority.

Three airports in Michigan landed some congressional support in their bid for clout with the DOT. Michigan’s two senators, Debbie Stabenow and Gary Peters, teamed with Reps. Fred Upton, Daniel Kildee and Elissa Slotkin in a bipartisan protest cuts service in Lansing, Flint and Kalamazoo/Battle Creek. Their letter said the proposed cuts “do not comport with Congress’ intent to preserve aviation service” in having passed the federal stimulus bill that bailed out the airline industry.

Airlines’ requests for further cuts are part of an ongoing process by the DOT to deal with the sharp falloff in passenger demand for flights. The department has already granted some requests made on an individual basis. The latest proposal would go further, trying to balance airlines’ needs with communities’ demands for service.