A customer at a Costco in Colorado filmed an employee asking him to leave for not wearing a mask.

Patricia Dawe, 66, rarely wears a mask in public, and people give her the “stink eye” for it, she said.

She’ll wear one in order to get past security guards at a grocery store in Brooklyn. But once she is inside the supermarket, she takes it off. Most customers rush to other aisles when they see her coming, she said. Others stop and stare.

“There is judgment. They’re rude,” Dawe said. “But I don’t care. The mask is uncomfortable and when I breathe, it fogs up my glasses. So I don’t wear it.”

Public ridicule and judgment is an experience that’s common for people who selectively wear masks, forgo them altogether, or otherwise go against Centers for Disease Control and Prevention recommendations, state guidelines, or an individual establishment’s rules in the middle of a pandemic. And the number of social conflicts at businesses have erupted as states have begun easing restrictions.

“People are feeling frustrated,” said crisis management expert Ronn Torossian who is at the helm of 5W Public Relations firm. “Some feel like they aren’t in danger, others think they are.”

My kids eat all the time! Americans save money on childcare but spend more on groceries

Home offices are expensive: Study says most people didn’t have one before coronavirus

The mask debate is sparking conflict at a number of businesses in the U.S. (Photo: Getty Images)

After weeks of widespread calls to stay at home, the nation is undergoing a sea change as stores reopen and authorities offer conflicting safety guidance. Should you wear a mask or shouldn’t you? Is it safe to restart the economy or should people remain hunkered down?

The mixed messages coupled with collective cabin fever are sparking clashes at businesses. Armando Pantoja was confronted by an “angry” Walmart associate on Mother’s Day as he tried to enter the store. Pantoja wasn’t wearing a mask because other locations in the San Antonio area didn’t require it, he said.

R-0 may be the most important scientific term you’ve never heard of when it comes to stopping the coronavirus pandemic.

“The worker was clearly upset with me. She started yelling, ‘Sir, you can’t come in,’” Pantoja said. “I didn’t want to stay and fight, so I bought my mom a card at Walgreens instead.”

Lavon Mayne, 31, got into an altercation with her boss in May after he suddenly required her to wear a mask to work in an East Texas restaurant.

“I refused to wear one and he threw a fit,” she said. “It gets hot down here. You can’t breathe. Other stuff is opening up, and here we are masking up.” Texas opened a wide range of retailers, restaurants and businesses in late April as coronavirus cases peaked.

“I hope I don’t lose my job over this, but it seems no one else around her is wearing them,” Mayne said. 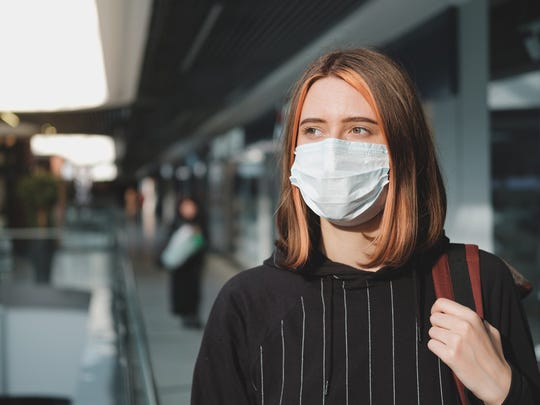 Mask requirements create a challenging environment for business owners who don’t want to risk alienating segments of their customer base. Part of that issue is mitigated by providing free masks at the door when possible, Torossian said.

Apple Stores and Whole Foods offer free masks at the door for customers who aren’t wearing one.

Costco also instituted a mask requirement for shoppers, though it sparked outrage on social media with some threatening to not renew their memberships.

Still, there have been many high profile incidents of people resisting local guidance for wearing masks. In one case, a security guard in Michigan was killed. In another, a woman was taken down by cops for acting “disorderly” when asked to wear a mask in an Alabama Walmart.

But it’s not just the mask avoiders facing public scrutiny. People who wear masks in locales where businesses are reopening say they sometimes feel ridiculed too.

Thomas Moore, 40, was among the first to head to his local gym when it reopened mid-May.

Americans upbeat: Consumer confidence rises in May after historic fall and economy reopens amid COVID-19 concerns

Aware of the risks, he used a bandana as a mask while he worked out at the facility in Norristown, Pennsylvania. There were a lot of blank stares from other gym-goers as he hit the weights while wearing a face covering, he said.

“They were looking at me like, ‘You’re really going to fall for this hoax,’” Moore said.

On the flip side, there are people who wear masks that have strong opinions about people who choose not to. 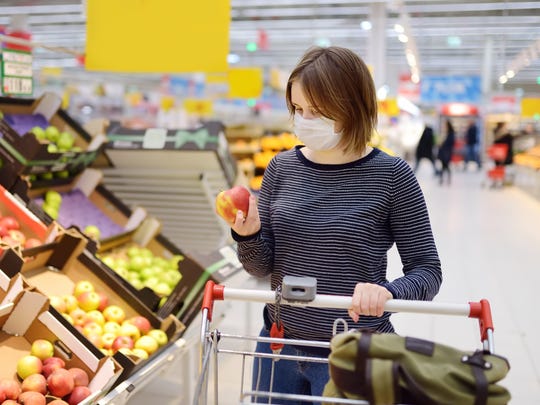 Justin Clark, 28, said there is “pandemonium” on Mondays when Sam’s Club opens in Jackson, Mississippi. As people rush toward Lysol and other cleaning products, half of them don’t wear masks and ignore social distancing, he said.

There is some evidence that the mask debate is split along political party lines. In April, a Gallup poll revealed that Democrats are more likely than Republicans and independents to say they are using face masks in public.

But, more recently there has been a greater move toward mask-wearing. Most Americans, more than 4 in 5, have worn a mask in public in an effort to limit the spread of coronavirus, according to a May Nationscape survey.

Some people find themselves somewhere in the middle. While they’ll put on a mask to appease shop owners, they believe the decision to wear a mask should be left up to the individual.

Elissa Kennedy, 30, questions the effectiveness of masks in combating COVID-19. She considers requirements to wear them government overreach, though she puts one on if businesses ask her to.

“I’ll wear one to Costco, but I’m not wearing it around my neighborhood,” Kennedy said.

Should you clean your mail and groceries? How about face masks? We have the answers.