With 846 stores and 85,000 employees, J.C. Penney could be the largest symbol of what COVID-19 may mean for retailers already struggling for survival.

The department store chain filed for bankruptcy Friday and is asking a federal judge to authorize the rejection of 20 leases in the opening salvo of the company’s Chapter 11 bankruptcy. The company said it plans to “accelerate” permanent store closings as part of its bankruptcy but declined to provide details on which locations it plans to shutter.

The move sets in motion the process of beginning permanent store closings as the retailer aims to stabilize its finances and avoid outright liquidation – a fate that chains such as Papyrus, Modell’s Sporting Goods and Art Van Furniture haven’t been able to avoid.

J.C. Penney proposed a restructuring plan that would shed billions of dollars in debt and allow the company to emerge from bankruptcy as a financially sustainable company.

But U.S. Bankruptcy Judge David Jones told J.C. Penney attorneys in a rare Saturday hearing that he has “concerns” that the company is not moving “fast enough.”

“I do think there is a genuine hope that the turnaround efforts will proceed, but it is kind of hard when people are prohibited from coming into your store and you can’t turn the lights on,” Jones said.

He indicated, however, that he would like to help mitigate the effects of the bankruptcy on the company’s workers. “There’s a special place in my heart for employees, more so in the current state of affairs in our country,” Jones said.

Later, he added, “I want to keep everybody’s eyes focused on saving the business. This is middle America, at least in my view.”

Although the coronavirus came suddenly, J.C. Penney’s troubles are far from new.  And the company is not alone as shoppers’ habits and tastes have changed and more consumers turn to online commerce. Fashion chain J. Crew Group and luxury department store retailer Neiman Marcus Group filed for Chapter 11 bankruptcy protection earlier this month as they faced mounting losses with their stores temporarily closed.

U.S. retailers have announced more than 2,000 permanent closures this year, most of which were made public before the pandemic began, according to retail analytics firm Coresight Research, a global advisory and research firm.

J.C. Penney might have been able to stave off bankruptcy by closing more stores sooner, Deborah Weinswig, CEO and founder of Coresight Research, told USA TODAY.

“If they had shed real estate and been more draconian, this moment might not have happened, but they would have been a shell of their former selves,” she said. “Perhaps this teaches us that Macy’s has been right all along with shuttering stores and trying to get to a more manageable online/offline formula with a right-sized store base.”

While J.C. Penney hopes to survive bankruptcy by separating into a real estate investment trust and an operating company, analysts say the retailer is facing a serious risk of outright liquidation.

“We believe this process will give us the financial strength to weather the pandemic and evolve our business while also reducing our debt and increasing our flexibility to better position JCPenney for the future,” CEO Jill Soltau said in a letter to customers. “This will allow us to better serve you, our valued customer.”

The company said in a court filing that it had “already vacated the premises associated with all but one” of the leases it proposed to reject.

Sucharita Kodali, a retail analyst at Forrester, believes COVID-19 has accelerated the inevitable for J.C. Penney and the other retailers who have recently filed for bankruptcy, such as Neiman Marcus and J. Crew.

“I think these are weak retailers that have been challenged for a long time and we’re going to see many more bankruptcies,” she said, adding some retailers might have been able to hang on another year or two before filing if not for the pandemic.

The retailer had 846 stores as of Friday, including 387 that it owns, Chief Financial Officer Bill Wafford said in a court filing. Of those, 110 are operating on ground leases.

Most of the company’s locations have been temporarily closed since late March due to the coronavirus pandemic.

But with some states gradually reopening after several weeks of shutdowns, J.C. Penney has fully reopened 41 stores and is offering curbside-only service at another seven. 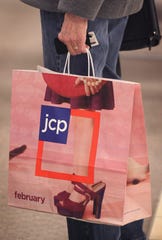 With nearly 85,000 employees, most of whom are furloughed, and a supply chain of almost 3,000 vendors, J.C. Penney remains a significant operation despite its struggles.

The company has gone from a small dry-goods store in Kemmerer, Wyoming, to a fixture in the shopping experience of the American middle class to the latest victim of the digital revolution.

Founded in Wyoming in 1902 by James Cash Penney with $500 in personal savings and a $1,500 promissory note from his local bank, J.C. Penney was first known by the name Golden Rule.

J.C. Penney went public in 1929 less than a week before the stock market crashed, marking the beginning of the Great Depression.

“To weather the downturn at this inflection point in the Company’s history, JCPenney proactively pared-back inventory, focused its merchandise on everyday goods, and identified lower-price suppliers, allowing for lower consumer prices and higher margins,” Wofford said in a court filing.

In a way, that strategy mirrors what J.C. Penney has been trying to do in recent years. After taking over in late 2018, Soltau earned praise from analysts for refocusing the company on its core merchandise – namely, women’s apparel and accessories – while ditching losing items like appliances and furniture.

But her strategy, they say, came too late for the company after it racked up nearly $5 billion in debt and failed to reinvent itself to take advantage of the digital age.

Still, the company had a “substantial liquidity cushion” before the pandemic and “was improving its operations,” Wofford said.

“Unfortunately, that progress was wiped out with the onset of COVID-19,” he said.

In April, total sales fell by 88% compared with a year earlier. That included “nearly zero” sales in physical stores.

The company hopes to survive the restructuring process by shedding billions of dollars in debt and emerging as a more sustainable entity.

Greg Portell, lead partner in the global consumer practice of Kearney, a strategy and management consulting firm, said bankruptcy could help the company live on, but it must be determined not to return to business as usual.

“Bankruptcy protection offers a fresh start. If companies use the time to commit to bold reinvention, the market is ripe for a success story,” Portell said.

Forrester’s Kodali said many of the 36 million Americans who are unemployed because of the pandemic overlap with J.C. Penney’s shopper demographic.

“I think that they would not be buying as much now in the best of circumstances,” she said, noting there are other stores that sell similar merchandise. “It’s a store that if it goes away I don’t know that people would miss it tremendously.”

She added, “I don’t think there’s really salvaging J.C. Penney at this point.”