The U.S. shed 20.5 million jobs last month, an unprecedented number that led to a record high unemployment rate of 14.7%.

The report “offers the first true glimpse of how young people, women, and black and Latino Americans are disproportionately suffering from the current economic crisis,” says Andrew Stettner, senior fellow at The Century Foundation. “It’s what always happens during disasters such as this. Those with the least power and resources are hit first and hardest.” 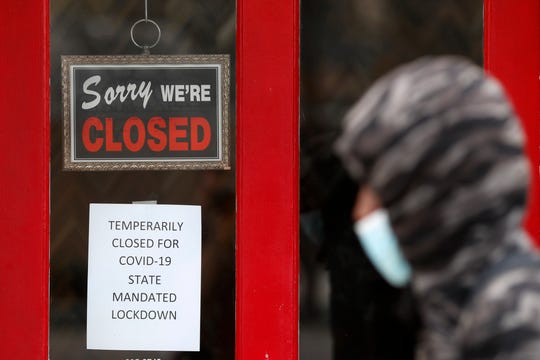 The unemployment rate for adult women rose to 15.5%. They also tend to hold a disproportionate number of jobs in areas like hospitality, as well as the fields of health care and education, which lost 2.5 million jobs last month.

“Almost a third of workers between 16 and 19 are unemployed,”  Bahn says, “and we know from the Great Recession workers who are in the middle of an economic crisis in their early working years (see) long term impact on their earnings growth. ”

“It’s clear that the hurt is being felt across the country, so Congress needs to continue  providing relief to workers across the board,” Gould says, adding that aid to local and state governments is also critical.  “All those things are essential to getting us through this period and to the other side.”