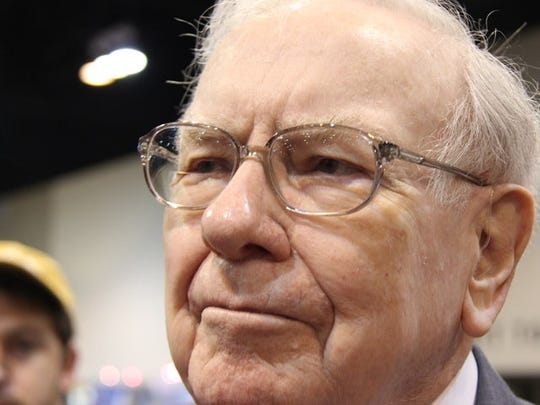 If there’s someone you would want money advice from, it’s probably Warren Buffett. And he has revealed the #1 mistake parents make when teaching their kids about money. Buzz60’s Susana Victoria Perez has more.

In a conversation that mixed history with humor, billionaire financial guru Warren Buffett told investors that while the U.S. is dealing with an economic shut down that is in some ways unprecedented, the country will prevail.

The annual Berkshire Hathaway stockholders meeting, known as Woodstock for Capitalists, is typically a mecca for investors, with thousands of people traveling to Omaha, Nebraska, for a festive weekend centered around Buffett’s ruminations on the economy, stock picks and other topics.

But like so many events, the annual pilgrimage was disrupted by the coronavirus pandemic. Buffett, Berkshire Hathaway’s chairman and CEO, dispensed his advice solely via live stream Saturday, alongside the company’s vice chairman Greg Abel.

Though Buffett was unable to mingle with attendees, the “Oracle of Omaha” continued his tradition of presiding over an hours-long presentation and answering questions submitted by investors.

Berkshire has not been unscathed by the current economic crisis. The conglomerate reported a loss of $49.7 billion in the first quarter. Its operating earnings, however, ticked up to $5.8 billion as compared to $5.5 billion during the same period last year.

Berkshire’s businesses span the U.S. economy, from ice cream seller Dairy Queen to auto insurer Geico to battery-maker Duracell. And at a time when industries ranging from transportation to retail are struggling to stay afloat, Buffett’s perspective on the marketplace has been of particularly keen interest.

Here were some of the key takeaways from Saturday’s meeting.

Coronavirus and the economy

It may take years to fully understand all of the ramifications of the near-shuttering of the U.S. economy, actions that have led 30 million Americans to file jobless claims over a six-week period, and the nation’s gross domestic product to contract 4.8% between January and March.

“We do not know exactly what happens when you voluntarily shut down a substantial portion of your society,” said Buffett, adding that in 2008 “our economic train went off the tracks … This time we just pulled the train off the tracks and put it on its siding.”

But he is generally optimistic.

“We may not know the answers to some very important questions for many years,” he says, but “never bet against America and that in my view is as true today at it was in 1789, and even was true during the Civil War and the depths of the Depression.”

Invest but don’t borrow to do it

The stock market has gyrated in recent weeks, as oil prices have plunged and the airline industry and other major forces in the economy have seen business grind to a halt.

But Buffett says if you hold tight and own a range of stocks, preferably in the S&P 500, you’ll do fine.

“If you owned the businesses that you liked prior to the virus arriving… nobody’s forcing you to sell,” he said. “Stocks have an enormous advantage and … if you bet on America, and sustain that position for decades, you’re going to do better than, in my view far better than, owning treasuries securities.’’

But borrowing to invest is not a good bet.

After previously buying roughly 10% of the four largest airlines, those shares were part of the $6 billion in securities Berkshire sold in April.

“The companies we bought were well managed,” he said. But given the dramatic slow down in travel as a result of the coronavirus pandemic, those airlines are now planning to borrow $10 billion to $12 billion each.

“That takes away from the upside,” he said, “and I don’t know whether two or three years from now, that as many people will fly as many passenger miles as they did last year …The future is much less clear to me about how the business will turn out through absolutely no fault of the airlines themselves.”

Who’s next in line at Berkshire?

There’s been much speculation about when Buffett, 89, and his 96-year-old partner Charlie Munger will step down.

While the appointments of Abel and vice-chairman Ajit Jain are said to be part of the company’s planning for an eventual transition in leadership, changes at the top don’t appear to be coming anytime soon.

“I want to assure you, Charlie at 96 is really in fine shape,” Buffett said in explaining why Munger wasn’t in his typical spot by his side. “It just didn’t seem like a good idea to have him make the trip.”

But Munger is utilizing Zoom to hold meetings daily. “He’ll be back next year,” Buffett said.