Facebook outlined on Tuesday its proposed rules for how users will be able to contest the company’s decisions to remove their posts, photos or videos through appeals to an oversight board.

The oversight board, Facebook’s version of a “Supreme Court,” is being set up to hear final appeals to manage controversies stemming from how the social media giant moderates the content of billions of users around the world.

Starting this summer, Facebook expects this handpicked group of people from outside the company to determine whether highly controversial posts violate the company’s rules.

The move to allow Facebook users to ask an independent body to review the removal of their content is designed to deflect some of the sharp criticism of the company’s judgment calls on what constitutes free speech or harmful speech.

The oversight board, which will eventually have about 40 members, will have the power to overturn Facebook’s content moderation decisions and its CEO Mark Zuckerberg.

Facebook racism? Users call it getting ‘Zucked,’ say talking about racism is censored as hate speech

The oversight board then will have 90 days to make a decision. For more urgent cases referred by Facebook, a 30-day expedited review will be conducted.

Facebook has detailed policies to combat disinformation, attacks on the basis of religion or race and terrorist propaganda but runs into trouble when it makes mistakes or is inconsistent in how it enforces its rules, resulting in accusations that its employees or executives are biased. Some users and outside groups contend Facebook’s policies themselves are flawed.

The oversight board, which will be funded for six years by an irrevocable $130-million donation from Facebook, likely will be called on to examine the toughest issues.

Should the historic photograph of a naked Vietnamese child fleeing a napalm bombing be removed as child pornography? What about a woman’s live stream of her boyfriend being shot by police?

Should far-right talk show host Alex Jones’ InfoWars be allowed to spread conspiracy theories on Facebook? Should Facebook take down a video doctored to make it seem like Democratic leader Nancy Pelosi was slurring her words? Should Facebook fact-check ads from politicians ahead of the 2020 presidential election?

How the appeals process will work

This is how the appeals process will work under the bylaws Facebook proposed Tuesday:

When submitting a case to the oversight board, individuals will be asked to explain why the board should hear their case, what the original intent of their post was and how Facebook’s decision to remove the content harms other users. Appeals to the oversight board must be submitted within 15 days, Facebook said.

Users who submit an appeal to the oversight board must consent to having personally identifiable information included in the board’s decision, Facebook said.

When the oversight board makes a policy recommendation, Facebook says it will review it. Minor modifications to its policies could be made quickly while more substantial changes would have to be reviewed. Facebook says it will let the public know within 30 days what action it plans to take.

Individuals who have appealed a decision will be able to track the progress on the oversight board’s website.

Over time, more types of content will be reviewed, such as private groups and Facebook pages, the company said.

Facebook can ask oversight board to review decisions, too

Facebook will itself be able to refer cases it deems especially significant or difficult. And, to make sure the board can weigh in on urgent situations, Facebook can expedite those cases for immediate review.

Facebook will also be able to refer content from ads, groups and pages “from day one,” said Fay Johnson, the Facebook product manager in charge of developing the appeals tool.

The oversight board is still months away from being up and running. Facebook has narrowed board candidates from hundreds to a few dozen and expects to name its first board members in coming months but has yet to make any formal offers, the company said. 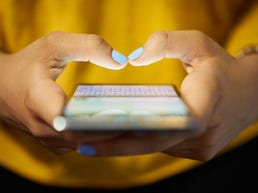 Within the next fewmonths, when an initial group of board members is in place, the board will determine the types of cases it will prioritize, Facebook said, but will focus on cases “that have the greatest potential to guide Facebook’s future decisions and policies.”

Facebook has named Thomas Hughes, a free speech and digital rights advocate who has criticized Facebook’s policies in the past, to run the oversight board’s operations.

Zuckerberg first promoted the idea of an oversight board to double-check the work of human moderators and artificial intelligence in November 2018. In September, the company filled in more details about the board.

“We are responsible for enforcing our policies every day and we make millions of content decisions every week,” Facebook CEO Mark Zuckerberg said in a post at the time. “But ultimately I don’t believe private companies like ours should be making so many important decisions about speech on our own.”