The S&P 500 ended with its fourth-straight loss, though a last-hour rally helped trim its decline by more than half. Industrial, health care and financial stocks accounted for much of the selling. Technology stocks recovered from an early slide to notch a gain.

The selling followed a slide in European stocks on the possibility of tougher restrictions to stem rising coronavirus counts.

Wall Street has been shaky this month, and the S&P 500 has pulled back about 9% since hitting a record Sept. 2 amid a long list of worries for investors. Chief among them is fear that stocks got too expensive when coronavirus counts are still worsening, U.S.-China tensions are rising, Congress is unable to deliver more aid for the economy and a contentious U.S. election is approaching. 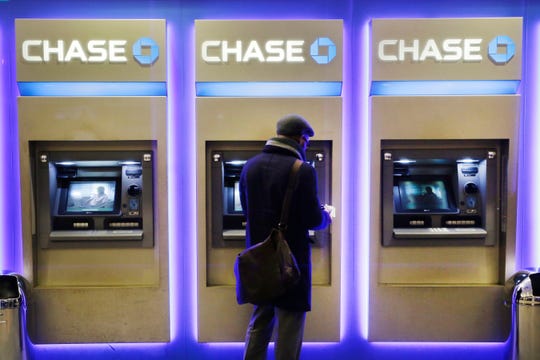 Bank stocks had sharp losses Monday morning after a report alleged that several of them continue to profit from illicit dealings with criminal networks despite being previously fined for similar actions.

The International Consortium of Investigative Journalists said documents indicate JPMorgan Chase moved money for people and companies tied to the massive looting of public funds in Malaysia, Venezuela and the Ukraine, for example. Its shares fell 3.1%.

Big Tech stocks were also struggling again, much as they have since the market’s momentum turned early this month. Amazon, Microsoft and other companies had soared as the pandemic accelerates work-from-home and other trends that boost their profits. But critics said their prices simply climbed too high, even after accounting for their explosive growth.

Shares of electric and hydrogen-powered truck startup Nikola plunged 19.3% after its founder resigned amid allegations of fraud. The company has called the allegations false and misleading.

General Motors, which recently signed a partnership deal where it would take an ownership stake in Nikola, fell 4.8%.

Investors are also worried about the diminishing prospects that Congress may soon deliver more aid to the economy. Many investors call such stimulus crucial after extra weekly unemployment benefits and other support from Capitol Hill expired. But partisan disagreements have held up any renewal.

“With 43 days to the U.S. election, fingers crossed may be what little one can do when it comes to the fiscal stimulus hopes,” said Jingyi Pan of IG in a report.

Partisan rancor only continues to rise in the country, with a vacancy on the Supreme Court the latest flashpoint after the death of Justice Ruth Bader Ginsburg.

Tensions between the world’s two largest economies are also weighing on markets. President Donald Trump has targeted Chinese tech companies in particular, and the Department of Commerce on Friday announced a list of prohibitions that could eventually cripple U.S. operations of Chinese-owned apps TikTok and WeChat. The government cited national security and data privacy concerns.

A U.S. judge over the weekend ordered a delay to the restrictions on WeChat, a communications app popular with Chinese-speaking Americans, on First Amendment grounds. Trump also said on Saturday he gave his blessing on a deal between TikTok, Oracle and Walmart to create a new company that would satisfy his concerns.

Oracle rose 1.8%, and Walmart gained 1.3%, among the few companies to rise Monday.

Layered on top of it all the concerns for the market is the continuing coronavirus pandemic and its effect on the global economy.

On Sunday, the British government reported 4,422 new coronavirus infections, its biggest daily rise since early May. An official estimate shows new cases and hospital admissions are doubling every week.