General Motors is partnering with Uber to put more people into electric vehicles.

GM said Tuesday it is offering the ride-sharing company’s drivers a discount on the purchase of a new Chevrolet Bolt.

The drivers will get employee pricing on the Bolt and 20% off on Bolt charging accessories.

This is yet another step GM is taking to promote EV adoption as it moves toward an all-electric future. GM has said it will launch at least 20 EVs by 2023 and it envisions a future of zero crashes, zero emissions and zero congestion.

Masks required: Uber will soon require selfies for some riders with an expansion of a mask

“Improving access to EVs for on-demand service providers can help reduce overall tailpipe emissions in cities across the country and help accelerate widespread EV adoption,” said Sigal Cordeiro, GM executive director of sales and marketing for global innovation. “Our collaboration with Uber will facilitate drivers’ switch to an EV.”

The employee discount is available for current eligible Uber drivers in the United States and Canada, GM said.

The Bolt starts at $37,495, including the delivery charge. That means with the employee discount the average Uber driver could see a savings of $2,500-$2,900 off the suggested retail price, depending on the plan chosen, GM spokeswoman Maureen Bender said. 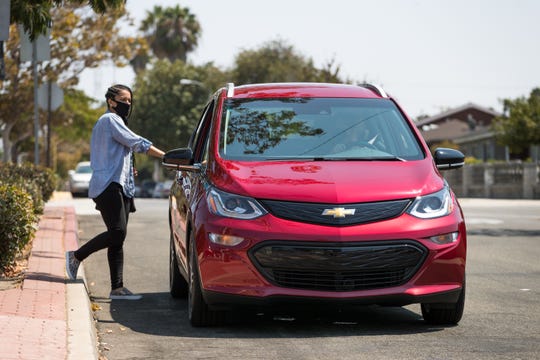 General Motors teams up with Uber to accelerate EV adoption by offering eligible Uber drivers a discount on the purchase of a 2020 Chevrolet Bolt EV. (Photo: Dan MacMedan, Dan MacMedan for General Motors)

Also, starting in Los Angeles and Denver, well-qualified drivers with Uber Diamond-tier status will be eligible for special financing through a pilot program with GM Financial.

The Bolt EV has 259 miles of electric range on a full charge. GM anticipates that the daily driving habits of drivers on the Uber platform fall comfortably within that range, Bender said.

“This is a key opportunity to grow Chevrolet’s EV business through a program that matches our expertise and strength with a ride-share platform that brings its own scale and reach,” said Steve Majoros, vice president of Chevrolet Marketing.

The Bolt is assembled at GM’s Orion Assembly in Lake Orion. It is the only electric vehicle GM currently sells in the United States. 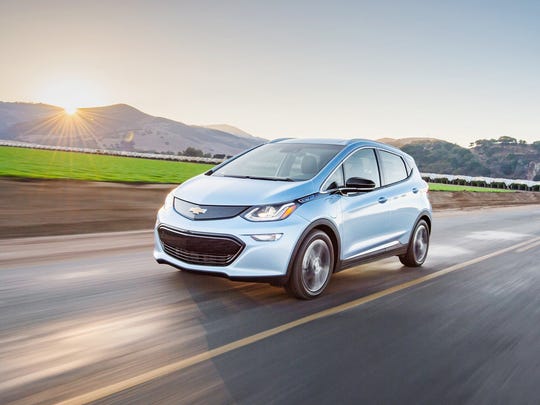 GM owned 18.6 million Class A shares of Lyft Inc., making it one of the largest investors in the ride-hailing company. But GM sold all of its Lyft stock by the end of last year.

More: Pot smell is proliferating in cars. Here’s how some car dealers are working to get the weed odor out

This announcement is the latest in the automaker’s move to all-electric. Last month, Cadillac revealed the Lyriq SUV, the luxury brand’s first fully electric vehicle. Cadillac has not said where the Lyriq will be built, but it goes on sale in the United States in late 2022. It will launch first in China.

The companies will add more than 2,700 new fast chargers at various public venues over the next five years, GM said. The units will charge a fee.

In March, GM said it would add 3,500 charging stations at its facilities in the United States and Canada.

In the midst of all that, GM is investing $2.2 billion in its Detroit-Hamtramck assembly plant to make it GM’s first plant that is 100% devoted to electric vehicles. In the fall of 2021, GM will start building the new GMC Hummer electric pickup at Detroit-Hamtramck.