Apple event will be Sept. 15. New Watch, iPad and iPhone?

The difference is that, this year, the event will be virtual. Apple’s invitation is cryptic, as usual, with the title “Time Flies.” 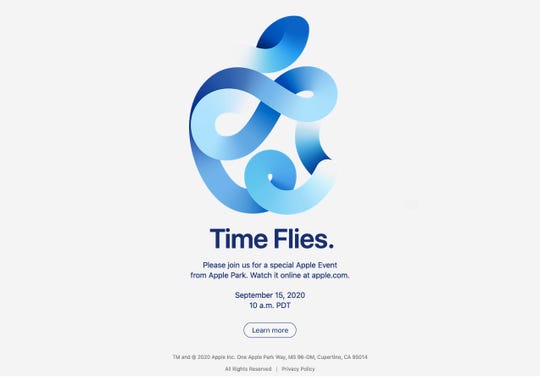 Uh-oh! Your iPhone is tracking everywhere you go. Here’s how to find the setting

Daniel Ives, an analyst with Wedbush Securities reads the titling of the event to be all about new editions of the Apple Watch and iPad. He believes Apple will wait until late September to show off the new iPhones.

The company is expected to introduce four new iPhone models this year, which won’t be available until mid-October, later than the usual last week of September. Apple signaled the late start in its recent earnings announcement, due to the coronavirus wreaking havoc with manufacturing deadlines.

The new phones are expected to be compatible with the new, super-fast 5G networks being introduced by the wireless carriers. Ives sees four models, starting with a 5.4-inch screen, and going up the ladder to two 6.1 models and a top of the line iPhone with a 6.7-inch screen, which would make it the largest iPhone ever.