Starbucks and Dunkin’ battle it out for home brewing crown

Here are the supplies you need to make a cup of coffee just like Starbucks and Dunkin.

Today, you can buy ground or whole-bean coffee, as well as specialty coffee-based beverages bearing labels like Starbucks, Dunkin’ Donuts, and McCafé (the premium McDonald’s brand). These big-name brands, not surprisingly, are some of the most popular offerings.

Packaged coffee sells well in general. The National Coffee Association (NCA) reports that 63% of adults over 18 in America  – more than 150 million people – drink coffee on a daily basis, a percentage that has grown an annualized 1.1% yearly since 2014. Average consumption is three cups per day, though some people obviously toss down a lot more than that. Here are 20 signs that you might be drinking too much coffee.

Coronavirus stimulus?: Another check may not come until October, if it comes at all

COVID-19 update: Most states yet to hit pandemic peak for cases and hospitalizations

The NCA also found that 78% of the people who had consumed coffee within the previous 24 hours last year had brewed it at home. (This is down from 84% in 2012, but still an impressive number.) The trade publication Winsight Grocery Business reports that retail coffee sales recorded a 4.8% compound annual growth rate last year over 2018. Those who don’t drink home-brewed coffee, of course, probably get it at the ubiquitous Starbucks or some other chain, or at some small-scale outlet – possibly one of the best independent coffee shops in every state.

Each year, the Harris Poll ranks brands across a wide range of categories, including retail, consumer packaged goods, and more. Their latest results, covering 2019, rank (among other things) the country’s most highly rated packaged coffee brands – not according to sales but by the strength of their connections to consumers.

This year, eight brands scored above the category average. 24/7 Tempo reveals them here, along with notes about each brand.

The Harris Poll’s annual EquiTrend ranking of top brands across a wide range of categories uses “an academically vetted brand equity model” considering such elements as consumer familiarity and consideration (meaning whether consumers would consider buying a brand they are aware of) to measure the strength of bonds between brands and their potential customers. 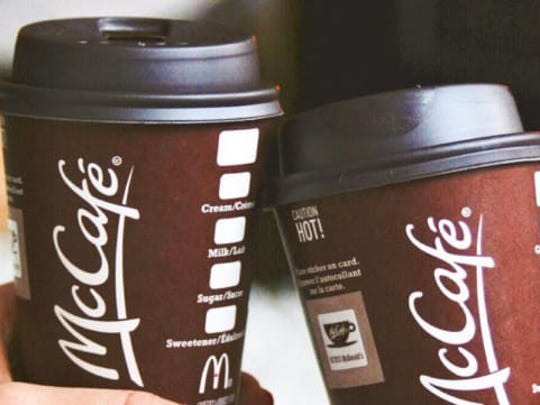 McCafé is the name given to an international subsidiary of McDonald’s, with an expanded coffee menu and reformulated espresso beverages, that originated in 1993 in Melbourne, Australia. (The name is also now used across by McDonald’s across the United States for its range of upper-end espresso-based beverages.) In 2014, the chain entered the retail coffee market with a variety of McCafé ground, whole bean, and single-cup coffee offerings in partnership with Kraft. The review site Influenster called the brand’s Premium Roast Ground Coffee “an approachable blend…perfect for sipping throughout the day.” 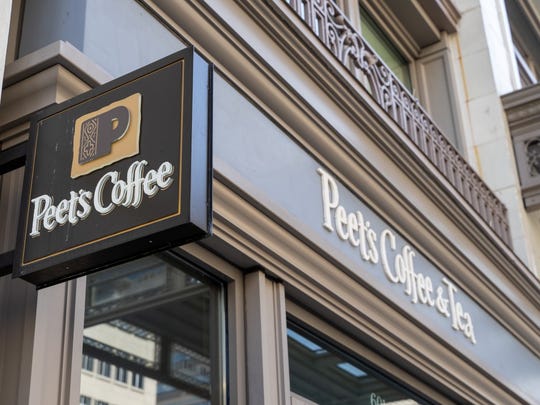 Dutch coffee merchant Alfred Peet opened his first coffee shop in 1966 in Berkeley, California. Peet liked his coffee dark and strong, and roasted his beans to get that effect. The founders of Starbucks (No. 2) knew Peet and initially bought beans from him, and he was an early influence on that far larger chain. The best-known Peet’s coffee is Major Dickason’s Blend, which reviewers call “a good option for many people looking for a rich, robust flavor” and “by far the best coffee I’ve ever tasted.”

Sold in more than 20 states today, Community Coffee was born out of a grocery store in Baton Rouge, Louisiana, in 1919. Still based there, it is the largest family-owned coffee company in the country. The website Coffee Detective calls out the company’s Breakfast Blend as being “defined by its brightness and fruity sweetness…with just enough weight and acidity to kick you into gear at the start of your day.” 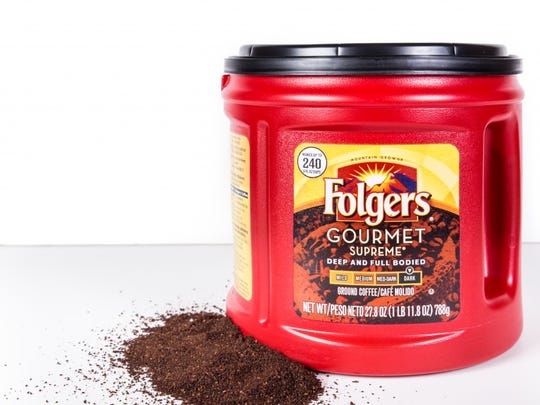 James Folger, founder of the brand that now bears his name, got into the coffee business as a teenager in San Francisco back in 1850. Based in New Orleans since 1960, Folgers is now owned by the J.M. Smucker Company of jam fame. It is by far the leading coffee brand in the U.S. today in terms of ground coffee retail sales, which amount to more than twice those of its two nearest rivals, Maxwell House and Starbucks (No. 2). Reviewing a specialty Folgers product, its 100% Colombian, the CoffeeReview website found it “surprisingly full-bodied, sweetly balanced … (and) delicately complex.”

Now owned by the brewing system company Keurig, Inc., with a minority interest belonging to Coca-Cola, Green Mountain started as a small café and coffee roaster in Waitsfield, Vermont, just west of Montpelier. Today one of the leading roasters of Fair Trade beans, the brand markets a range of coffees, including blends, single-origin offerings, and flavored options. According to the coffee retail and review site CoffeeStrong, seven of the company’s best selling coffees are in K-Cup form. Number one is its light roast Breakfast Blend, which the site describes as “bright, vibrant, and engaging.” 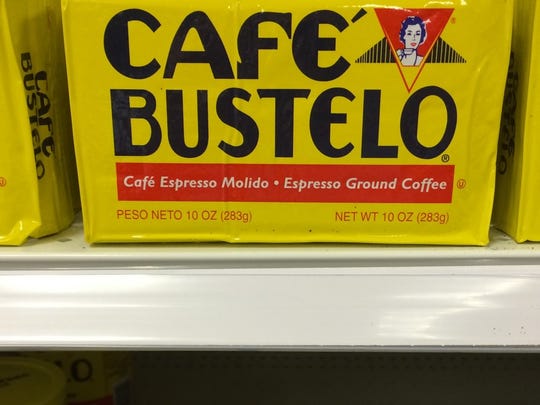 Café Bustelo, whose bright yellow packaging leaps out from the grocery store shelves, was founded in New York City in 1928 by Gregorio Bustelo. Though Bustelo had lived in Cuba, and his Cuban-style coffee became the go-to brew for Cuban (and also Puerto Rican and Dominican) immigrants to the U.S., he was in fact a Spaniard, from Galicia. Now owned – like Folgers (No. 5) – by the J.M. Smucker Company, it remains a staple in Latin American households in this country. Customer reviews on Amazon say things like “For value and taste … you can’t really beat Café Bustelo,” “a very tasty, versatile coffee,” and simply “The best coffee on the planet.” 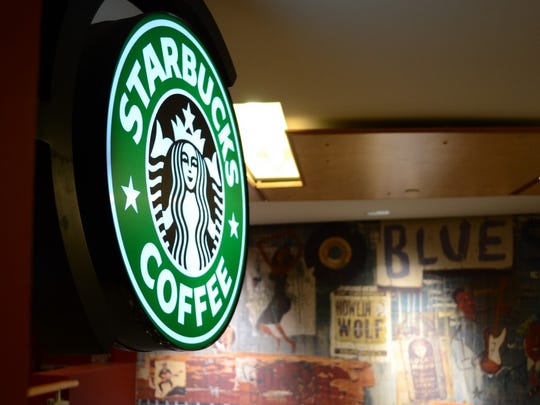 Founded in Seattle in 1971 and now the largest coffee shop chain in the world by far, Starbucks brands a wide range of supermarket coffee products, including a selection of whole bean and ground coffees, K-Cups, instant coffee, and such ready-to-drink creations as Bottled Frappuccino and Doubleshot Coffee Smoothies. (The chain no longer owns the retail coffees bearing its name: Nestlé, the world’s largest food company, bought that part of the business in 2018 for a reported $7.15 billion.) CoffeeReview gave the Starbucks ground French Roast a tepid review, calling it “pleasant enough” and “about as dark as it is possible to roast a coffee,” but finding that it ultimately “provides little of the pungent, charred intensity buyers of this…coffee type love.”

Dunkin’ Donuts started life as a restaurant in Quincy, Massachusetts, in 1950. (The chain rebranded to simply Dunkin’ early last year, but available coffee packaging seems to still use the old name). From the beginning, it bragged about offering the “world’s finest coffee,” upping its game with the introduction of espresso in 2003. It took another leap forward in the premium coffee world with the introduction of new espresso machines and a reformulated recipe in 2018, and has just announced a $60 million further upgrade for this year. The chain opened Dunkin’ outlets in some supermarkets, mostly in the Northeast, in 2002, but in 2007 entered grocery stores in a major way. According to Extra Crispy (Time Inc.’s breakfast-oriented food site), the brand’s Original Blend is “[light] without being bitter, roasty without being burnt, and…nearly indistinguishable from takeout Dunkin’.” 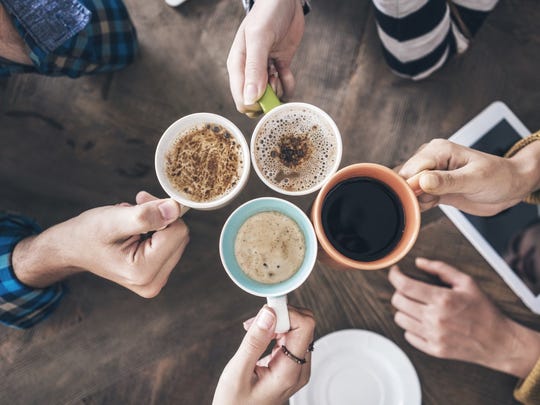 The National Coffee Association reports that 63% of adults over 18 in America  – more than 150 million people – drink coffee on a daily basis, a percentage that has grown an annualized 1.1% yearly since 2014. (Photo: seb_ra / Getty Images)