When Stephanie Clark was temporarily laid off from her administrative job for the city of Henderson, Nevada, on March 10, during the depths of the COVID-19 pandemic, she was told she would be called back the next month.

In early April, she was again assured that she would be rehired the following month. But on May 1, with the city’s finances pummeled by the shutdown of neighboring tourist mecca Las Vegas, Clark was permanently let go. 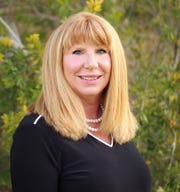 “It was shocking,” says Clark, 55, who worked as a program director for the city’s department of economic development and tourism. “I was blindsided.”

The Trump Administration has depicted the coronavirus recession as a severe but brief shock, noting that the economy and labor market bounced back more robustly than expected from May through July. But there are signs the initial burst of job gains may have played out and as much as half of temporary layoffs and furloughs could become permanent, according to some economists’ estimates.

That would make the current downturn look more like the Great Recession of 2007-09, with unemployment remaining elevated for years, than a pandemic-induced detour that resolves within months.

Americans Airlines said this week it would lay off 17,500 front-line workers amid a steep fall-off in travel

“Our expectation is that the initial employment rebound is basically over and that job gains will be minimal through the end of the year,” says economist Dante DeAntonio of Moody’s Analytics. “More temporary layoffs will become permanent as the impact of COVID-19 continues to weigh on the economy.”

Other economists are more sanguine but still expect a noteworthy portion of furloughed workers to lose their jobs for the long term.

So far, the recovery has been heartening. Of the 22 million jobs the economy shed in March and April, 9.3 million have been recouped over the past three months, Labor Department figures show.

The vast majority of those payroll gains came from workers on temporary layoff or furlough who have been rehired as states allow shuttered restaurants, shops and other businesses to reopen in phases. In April, 18 million workers said they were on temporary layoff, a figure that tumbled to 9.2 million by July.

Meanwhile, the number of workers who said they were permanently laid off jumped from 1.5 million in March to 2.8 million in June, but the total was roughly unchanged last month. In July, 56% of unemployed workers said they were temporarily laid off, down from 78% in April but signaling that rehiring still could make up a big portion of payroll gains in coming months.

Yet DeAntonio says the numbers don’t necessarily provide a clear picture of the labor market’s course. Traditionally, a worker classified as on temporary layoff must have been given a return-to-work date or expect to be recalled within six months. Given the uncertainty of the health crisis, Labor survey takers are categorizing workers as temporarily laid off “even if they are uncertain when they will be able to return to work,” DeAntonio says. Or, in many cases, if they’ll come back.

The good news is that businesses have rehired millions of workers in recent months, largely as a result of government aid. The federal government’s Paycheck Protection Program (PPP) has provided forgivable loans to small businesses that retained or rehired workers to cover payroll and other costs for two months. Meanwhile, restaurants, malls and other outlets have brought some additional workers back as they’ve reopened, with more states gradually permitting indoor dining and increasing customer capacities.

But 84% of small businesses have exhausted their PPP loans, up from 71% in July, according to a survey out this week from the National Federation of Independent Business. That’s prompting a new wave of permanent layoffs, economists say.

Congress is debating another funding round for small businesses as part of a new stimulus bill, but Republicans prefer to limit the assistance to firms hit with at least a 50% drop in revenue.

Meanwhile, many states in the South and West had to pause or reverse their reopening plans amid COVID-19 spikes. And many businesses are struggling even in states that are reopening aggressively as consumers shy away from crowded public places out of contagion fears, prompting them to bring back some but not all laid-off workers.

“People have to feel comfortable with the health risks,” says Daniel Sternberg, head of data science for Gusto, a payroll provider to more than 100,000 small businesses. “Until the health crisis is solved, you’re not going to see revenue get back to where it was before.” That may not occur until a vaccine is widely available, possibly by mid-next year.

Lenore Estrada, owner of Three Babes Bake Shop in San Francisco, got a $140,000 PPP loan a few months ago, allowing her to keep or rehire half her 26 workers and break even. Estrada, who gets most of her revenue by selling pies to local companies, was hoping the return of workers to city offices would allow her to bring back the rest of her staff.

“I was just trying to get back to a baseline,” she says.

But noting that her sales are down 40% from a year ago, she says, “People are not going back to offices.”

Since exhausting the PPP money in July, she’s been losing $15,000 a month and recently let the rest of her former employees know that she can’t rehire them.

“At some point, you can’t lose tens of thousand dollars every month and stay in business,” she says.

Clark, the laid-off worker in Henderson, Nevada, says she understands that the shutdown of Las Vegas resort casinos has battered local hotel tax revenue, along with other income. But she thought she could have been transferred to another city department. Las Vegas hotels and casinos began reopening in June.

Clark, meanwhile, got unemployment benefits that slightly topped her salary until a $600 federal supplement expired late last month. Fortunately, she says, her husband works, allowing the couple to pay their mortgage and other bills, but they’ve stopped eating out and making other discretionary purchases. Meanwhile, she has applied for several hundred jobs but landed just two interviews.

“What am I going to do at 55?” she asks, adding that she’s never been unemployed and finds herself competing against hundreds of idled casino workers. “I just think a lot of companies are not hiring me because of my age.”

Sternberg says he believes the rehiring of furloughed workers has “plateaued” after the initial wave spurred by the PPP loans. “If I’m a restaurant getting 60% of my pre-COVID revenue in a high cost-of-living city, I’m out of business.”

More business closures would trigger still more permanent layoffs. About 1% to 2% of small businesses already have shut down, according to surveys published by the National Bureau of Economic Research and Alignable, a small business network. One in five small firms say they’ll close their doors for good if economic conditions don’t improve in the next six months, according to the NFIB survey. The median small business has less than a month of cash on hand, the NBER study says.

So how many furloughed workers will lose their jobs?

Twenty-two percent of employees furloughed from March through June were permanently let go by the end of July, according to Gusto’s payroll figures.

A recent Goldman Sachs analysis of Labor data found that the share of furloughed workers who were permanently laid off nearly doubled from 3.7% in June to 7% in July. And late last month, 42% of unemployed workers expected to “definitely” or “probably” return to their jobs, down from 68% in May, according to a University of Chicago survey cited by Goldman. As the duration of a furloughed worker’s unemployment spell increases, their hiring prospects steadily fall, Goldman found.

The firm expects another 5.6 million job gains by year’s end, with the rehiring of temporary workers making up most of those advances. But it reckons about 2 million of the remaining furloughed workers will permanently lose their jobs – meaning about 16% of all those on temporary layoff since the crisis began will have been cut by their employers for the long term.

DeAntonio predicts one-third to one-half of all furloughed workers will be permanently laid off, putting the figure close to the 8.7 million job losses in the Great Recession. That would make for a longer, more arduous recovery as unemployed workers hunt for new jobs, which may require retraining. He expects unemployment, now at 10.2%, to remain high at 9.5% by year’s end and 8.1% by the end of 2021. The jobless rate reached a 50-year low of 3.5% in February.

“The longer this drags out, the more the shape of the recovery will look like the Great Recession,” he says.