U.S. stocks inched higher Monday, giving the S&P 500 another shot at its record high following a historic downturn caused by the coronavirus pandemic during the spring.

The S&P 500, the broadest measure of U.S. stocks and the index used as a benchmark for index funds, rose 0.3%, just a couple of points below the all-time closing high it reached on Feb. 19. It’s coming off a three-week rally.

The Dow Jones industrial average was virtually unchanged, off about 5% from its February peak. The technology-heavy Nasdaq Composite climbed 0.8%, after hitting a record earlier this month.

Tech stocks were once again leading the way higher, as they have been this year on expectations they’ll continue to deliver strong growth regardless of whether people are quarantined. Chipmaker Nvidia was a standout, rising 5%.

Barrick Gold, meanwhile, jumped 10% after billionaire investor Warren Buffett disclosed late Friday that his company had made an investment in the gold producer.

But losses for financial and energy stocks helped restrain the market’s gains. These stocks have often been rising and falling with expectations for the economy, and they had been showing a bit more life in recent weeks.

This week, investors look ahead to a batch of second-quarter earnings reports from major retailers including Walmart, Target, Kohl’s, Home Depot and Lowe’s.

Stocks have bounced back thanks partly to unprecedented financial aid from the Federal Reserve and Congress in the spring to prop up the economy. But a discouraging lack of progress on talks between lawmakers in Washington and the White House over more economic aid has weighed on investor sentiment in recent weeks.

Economists say consumer spending could be under more pressure after government aid including additional $600 weekly unemployment benefits expired. Investors are counting on Washington for another economic lifeline, but legislators are far apart on a possible package.

“The economy’s climb back from the sudden and severe setback of the second quarter is fully underway, but we believe the future pace will be driven largely by the path of the novel coronavirus and how the public responds to coronavirus-related information,” Doug Duncan, senior vice president and chief economist at Fannie Mae, said in a note.

Consumer spending is the main locomotive for the U.S. economy, and a report on Friday showed some more improvements for U.S. retailers, though less than economists expected.

“Our base scenario assumes that Congress will agree upon additional fiscal stimulus in support of consumers and businesses,” Duncan said. 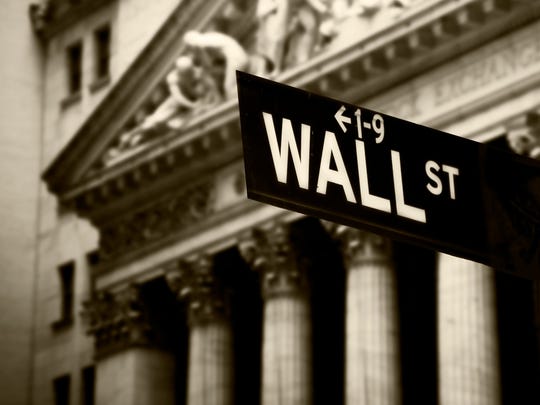 Treasury yields moderated a bit, following the big run for the 10-year yield last week. It dipped to 0.68% from 0.71% late Friday. It had zoomed upward from 0.56% through the week.

The Nikkei 225 in Tokyo fell 0.8% after data showed the world’s third-largest economy shrank 27.8% from a year earlier in the three months ending in June. That was bigger than the deepest decline during the 2008-09 financial crisis.