No shortfall in US supply of ventilators as GM, Ventec end contract

Five months ago, as the coronavirus pandemic surged across the nation, the urgency to build more critical care ventilators swelled to meet a shortage of the life saving machines.

So General Motors and Ventec Life Systems teamed up to produce ventilators. In just two weeks, the companies will deliver the full 30,000 ventilators they owe the U.S. government, helping to bring the U.S. stockpile closer to an inventory level that positions the nation to withstand any near-term pandemic spikes.

“While there is not currently a shortfall of ventilators in the Strategic National Stockpile (SNS), the new ventilators procured during the COVID-19 response will ensure the United States is prepared to respond to any hotspots in the coming months as well as any future public health emergency response that might require these devices for lifesaving care,” said Amber Dukes, a spokesperson for the U.S. Department of Health and Human Services, in an email to the Free Press.

The Strategic National Stockpile has more than 95,100 ventilators available for deployment to hospitals across the United States as of Thursday. The stockpiled devices can be used as “a short-term, stop-gap buffer when the immediate supply is not sufficient,” Dukes said.

Walmart changes shopping hours: Retailer had cut them in March amid COVID-19

Taking a COVID-19 gap year?: Study says students could lose $90,000 over their lifetime

But the unknown future demand for ventilators means Ventec executives will still need to run their production operations on a month-by-month basis at GM’s facilities in Kokomo, Indiana, they say.

At month’s end, when GM and Ventec complete building the ventilators owed to the government as part of a $489 million contract, GM will return its focus to the car business. Ventec will then lease factory space from GM at the plant to keep making the ventilators. For how long is anybody’s guess.

“That is the million-dollar and $5-million-dollar question,” said an executive at Ventec, who asked to not be identified due to the sensitivity of the subject. “How many will we need?”

As of Thursday, the stockpile had sent 14,957 ventilators to public health jurisdictions nationwide to help in the pandemic response, Dukes said.

“At this time, the SNS has fulfilled all requests and has not experienced a shortage of ventilators to support public health and healthcare facilities treating COVID-19 patients,” Dukes said.

In early April, the U.S. Department of Health and Human Services awarded contracts for ventilator production under the Defense Production Act to GM and Ventec, GE Healthcare and Ford Motor, and several other medical equipment companies.

Ford and GE Healthcare were awarded a $336 million contract to make 50,000 ventilators.

In total, these combined contracts will produce more than 200,000 ventilators to be delivered to the  stockpile by the end of the year, Dukes said.

As of Thursday, the stockpile had received 93,892 new ventilators from these contracts. The new ventilators are arriving weekly, she said, and they are made immediately available for deployment to jurisdictions that request federal assistance with supplies.

GM and Ventec, based in Bothell, Washington, have been building the ventilators at GM’s sprawling 272-acre complex in Kokomo, Indiana, since early April. Ventec is also building them at its own facility in Bothell. 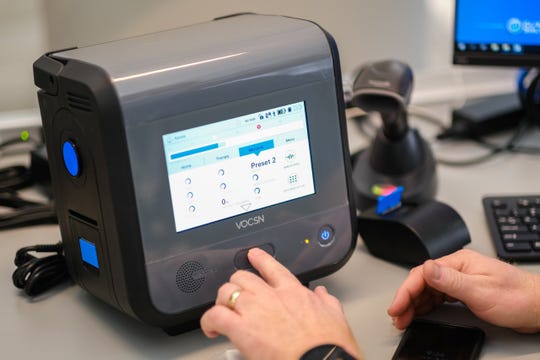 Workers prepare to build ventilators at the GM manufacturing facility in Kokomo, Indiana, where GM and Ventec Life Systems are partnering to produce critical care ventilators amid the COVID-19 pandemic. (Photo: AJ Mast for General Motors)

The efficiency of the production with GM has allowed the companies to meet contract deadlines and help boost the country’s stockpile.

“In my opinion, we’re probably in good shape, that being said the demand continues to exist for ventilators as states and hospitals want to be triple sure they’re not caught in the state they were in earlier this year,” the executive said.

GM also builds electronic components for vehicles at the Kokomo facility. The ventilator production is done in a separate, large office building on the same campus that was converted for manufacturing, said GM spokesman Dan Flores. 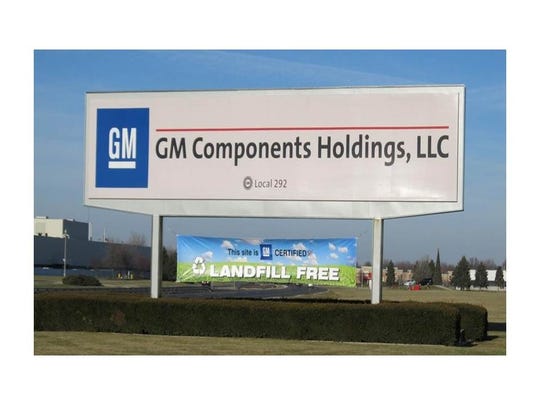 General Motors makes components at its facility in Kokomo, Indiana. But it will lease part of the facility to Ventec Life Systems to make critical care ventilators. (Photo: Courtesy/General Motors)

Flores declined to discuss any details of the lease agreement as Ventec continues building at Kokomo, including length and financial terms.

“Ventec will determine how long they’ll keep building ventilators,” Flores said. “In the pandemic, there continues to be demand for ventilators.”

But Ventec said it doesn’t know for certain how long it will maintain the lease on the building because it is so dependent on demand that could fluctuate.

“From our perspective we hope that social distancing and other mitigating efforts reduce the spread of the disease,” said Chris Brooks, Ventec Chief Strategy Officer. “However, critical care ventilators continue to be needed to provide care for patients with COVID-19. So we will continue to produce those. We’re evaluating it on a month-by-month basis.”

There are about 800 workers at the facility building the ventilators, 70 of whom are GM employees. The balance are GM temporary employees, Flores said. They are a mix of hourly and salaried workers, all of whom have been with the project from the beginning.

The 70 full-time GM employees will return to their previous jobs or laid-off status with GM, Brooks said. The remaining will become either Ventec temporary employees, some will be hired permanently and some will work for a contract company, he said.

“Positions are posted and conversations are ongoing now and it’ll be a mix of full-time and some temporary,” Brooks said. “It’s week-by-week decision making.”

GM and Ventec’s venture together began with a March 17 phone call between GM CEO Mary Barra and representatives of StopTheSpread.Org, who suggested GM work with Ventec, GM said.

GM and Ventec executives had their first conference call a day later to see whether GM could help Ventec increase ventilator production. The next day, a GM team flew to Seattle to meet with the Ventec team and went to work.

By March 20, GM engaged its global supply base and within 72 hours, suppliers had plans to get all the necessary parts. The UAW’s national and local leadership signed off on the project and by March 25, crews began preparing the Kokomo site for production.

By April, GM and Ventec were awarded the contract to deliver the ventilators by the end of August.

By mid-April, the team delivered the first ventilators, a shipment of 10 to Franciscan Health Olympia Fields in Olympia Fields, Illinois; 10 more to Weiss Memorial Hospital in Chicago, and 34 to FEMA at the Gary/Chicago International Airport on Saturday for FEMA to distribute to locations in need.