Business was growing so strongly at the Montclair Social Club that the owner was constructing an event space in addition to the restaurant. The pandemic shut down those dreams. (August 3)

Casual dining chains were already facing challenges before COVID-19, hurt by the rise of fast-casual competition and increased food costs.

Now, several of the largest restaurant companies in the U.S. are struggling with capacity restrictions on indoor dining and attempting to lure customers with takeout in a bid to avoid financial disaster.

The owners of chains like Outback Steakhouse, Applebee’s and The Cheesecake Factory are on a newly updated list of national restaurants that are facing the highest likelihood of not paying back their debts. When companies default on loans, they are often forced to file for bankruptcy protection, close locations or occasionally liquidate.

While the nation’s largest publicly traded restaurants face a less than 1 in 5 chance of defaulting in the next year, according to the new report by S&P Global Ratings, they remain in perilous terrain.

Analysts are particularly concerned about the coming winter, which will eliminate outdoor seating options for many restaurants, and the demise of the extra $600 in unemployment benefits that had been available for jobless Americans. Congress is currently debating whether to extend those benefits.

“The odds that the largest publicly traded U.S. restaurants will default fell in recent months as states allowed businesses closed by the coronavirus pandemic to reopen,” S&P says in the new report. “But the ongoing financial hits from the virus and uncertainty over whether laid-off consumers will receive expanded unemployment benefits continue to pressure the industry as more companies enter bankruptcy.”

Sales at restaurants and bars fell 26% in June, compared with a year earlier, according to S&P.

But some are faring better than others.

In contrast to sit-down chains, publicly traded fast-food companies are holding up well, in large part due to robust drive-through offerings. For example, McDonald’s has a less than 1 in 200 chance of defaulting, according to S&P.

This chain, which relies heavily on its reputation as an entertainment venue in addition to its food offerings, has a 16.1% chance of defaulting in the next year, according to S&P. It has the worst credit rating among the nation’s largest restaurant companies.

Dave & Buster’s recorded a net loss of $43.5 million for the quarter ended in early May. But the company has taken steps to raise money, including securing new investment financing, that have significantly improved its chances of surviving without defaulting, according to S&P. 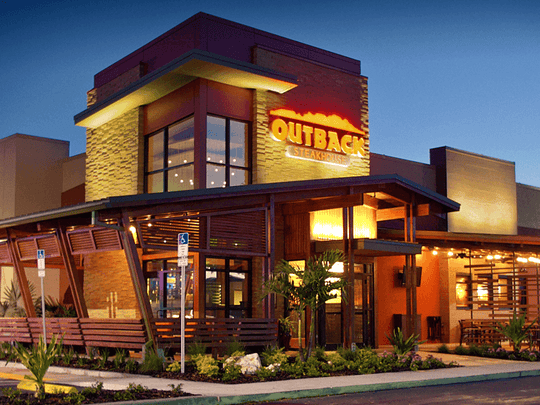 This chain, whose famous Bloomin’ Onion item shares a first name with the restaurant’s parent company, faces a 13.2% chance of defaulting.

The company said in a statement on July 24 that comparable restaurant sales at locations that are allowing indoor dining fell 10.7% for the week ended July 19, versus a year earlier.

But the company said it was moving in the right direction.

“Across our U.S. portfolio, we experienced consistent weekly sales momentum throughout the second quarter as we adapted to this evolving environment. This improved sales recovery, coupled with disciplined cost management, enabled us to generate positive cash flow for the month of June,” the chain said in the statement. 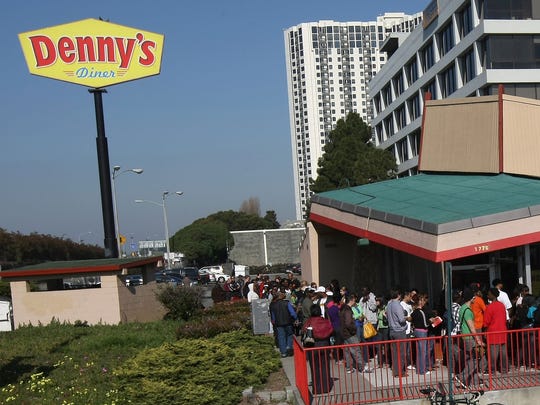 Known for its all-day breakfast, Denny’s faces an 11.9% chance of defaulting.

Denny’s sales had been improving in June, but its year-over-year sales decline worsened in July, according to the company’s most recent earnings report. Sales for the week ended July 22 were down 41%, compared with a year earlier.

But CEO John Miller said in a July 28 statement that “we believe we are well-positioned to effectively navigate further impacts of the pandemic while preparing for eventual and future growth.” 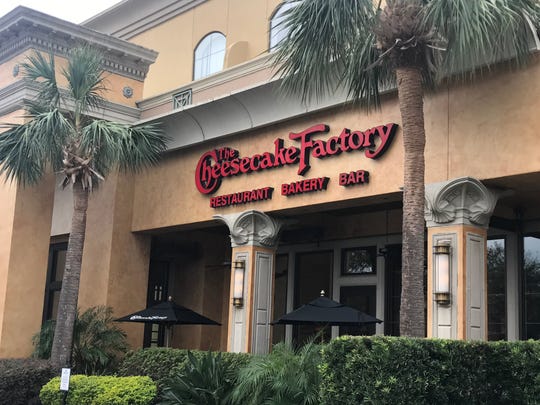 The Cheesecake Factory is one of the top 10 large U.S. restaurant chains, according to TripAdvisor. (Photo: TripAdvisor)

Having already failed to make rent payments on time in the spring, The Cheesecake Factory has been facing financial troubles since the start of the crisis. On the other hand, experts say the company’s decision not to pay rent on time might have been a negotiating tactic with landlords.

Still, the company faces an 11.7% chance of defaulting on its debts, according to S&P. 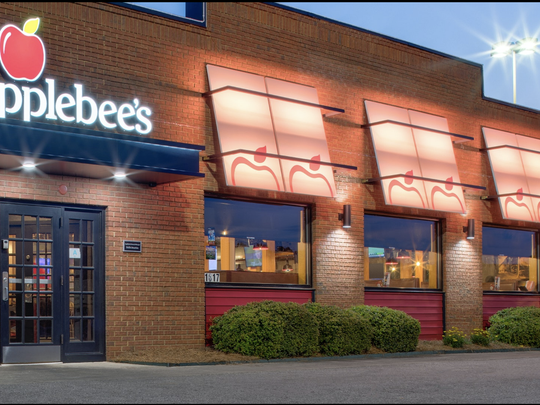 Dine Brands Global, which owns both chains, has an 11.3% chance of defaulting. The company’s IHOP chain is faring worse than Applebee’s.

In the month leading up to July 26, sales at Applebee’s locations fell 18.4%, compared with a year earlier, while sales at IHOP declined 37.6%.

Despite the declines, Dine Brands Global CEO Steve Joyce said in a July 29 statement that “I’m confident in our long-term strategy and ability to quickly adapt to the ever-changing industry landscape.” 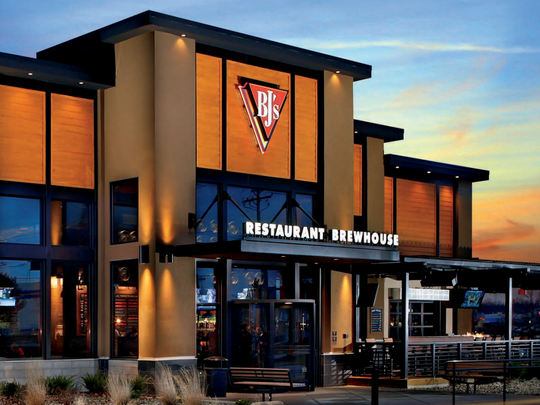 BJ’s Restaurants, known for its pizza and beer, has a 9.3% chance of defaulting.

Like Denny’s, the situation at BJ’s deteriorated from June to July. The company was hurt by California’s decision to shut down indoor dining again. The company said its late-July sales were down about 40% from a year earlier, compared with a decline of about 30% in June.