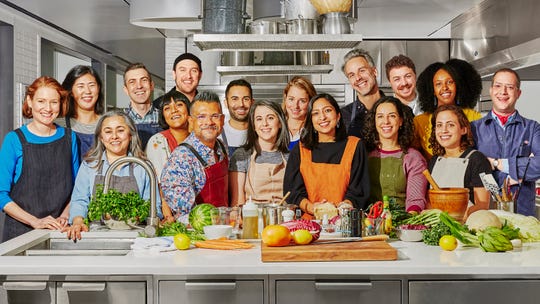 Condé Nast has named a new executive editor for food magazine Bon Appétit as three stars of its popular Test Kitchen say they will no longer produce videos for the channel.

In separate statements on social media, contributors Priya Krishna and Rick Martinez, as well as assistant editor Sohla El-Waylly said they would leave Bon Appétit video amid concerns over lack of diversity and unequal pay.

In a statement on Twitter, Krishna said leaders of the magazine’s video team pledged to improve diversity and offer her fair pay, but added the promises were all “lip service.”

“These past few months have been disappointing and insulting,” Krishna wrote. “I am constantly being told that I am an important part of the test kitchen, yet leadership refuses to acknowledge that in the form of compensation or opportunities.”

Jobs in July: As some states reopen while others shutter, forecasting July payrolls is guessing game

Martinez echoed similar experiences in a story published to his Instagram account confirming his departure, saying he had been told for almost two months about changes that never came to fruition.

“After 5 weeks of contract negotiations, it is clear that I will not get a fair pay rate nor will i get a comparable number of appearances to my colleagues in the test kitchen,” wrote Martinez. “Nor would anyone share with me the specifics of the diversity and inclusivity initiatives in video that they claim to be working on.”

On Instagram, El-Waylly confirmed she would no longer appear in Bon Appétit videos. “No hate to the editors who’ve decided to stay, it’s just not the right thing for me,” she wrote.

The last video published on the Bon Appétit YouTube channel was from two months ago. In a statement obtained by USA TODAY, Condé Nast said it will announce new programming with new and returning talent as new leadership comes aboard.

“Over the last several weeks, the video team has worked individually with each Test Kitchen contributor to address all concerns and communicate equitable compensation structures, including standardized rate cards, in many ways exceeding SAG/AFTRA standards, for freelance and editorial staff who contribute to video,” said Condé Nast.

The media company also announced Thursday that Sonia Chopra, who worked at Vox Media overseeing strategy and operations at Eater, would join Bon Appétit as executive editor. Chopra will start Aug. 24. She will report to Vogue U.S. editor-in-chief Anna Wintour until the search for an editor-in-chief for Bon Appétit has concluded.

The backlash against Bon Appétit started in June after the magazine’s previous editor-in-chief, Adam Rapoport, resigned after he was criticized for using “brown face” in a costume shared in an Instagram post from 2013.

Reactions then shifted to allegations Condé Nast paid white editors for video appearances but not people of color.

“I’ve been pushed in front of video as a display of diversity, wrote El-Waylly in an Instagram post in June. “In reality, only white editors are paid for their video appearances. None of the people of color have been compensated.”

The magazine’s Test Kitchen videos on YouTube have become a huge success for Bon Appétit. As of Thursday, it boasts more than 6 million subscribers.