Jim Farley, of Ford Motor Co., talks about the future of the automobile and how Ford will innovate and change demand like they did with the Model T.

Jim Farley has been an executive at Ford Motor Co. for more than a decade, having come home to Detroit by way of Toyota. He’s a native son who returned to work at the company that employed his grandfather in a factory. Now Farley, 58, will lead the multibillion dollar automaker into the future when he takes charge Oct. 1.

The Free Press had a few minutes to talk with Farley about his promotion Tuesday, and with outgoing CEO Jim Hackett, by phone after the big announcement. Below are their thoughts, edited for length:

“First of all, I’m very optimistic. We have momentum as a company,” Farley said.

“The transition will be well-planned and smooth. We really have a great view of where we can grow the company profitably and the intersection between technology and traditional products. Yes, there’s always things to be concerned about. The global economy, COVID, a long list of things. But I guess I would turn around a little bit and say what I think about is the opportunity that we can go after. I’d phrase it differently than a concern. We don’t want to miss the opportunity that we see in front of us, that Jim (Hackett) has helped to build a foundation.” 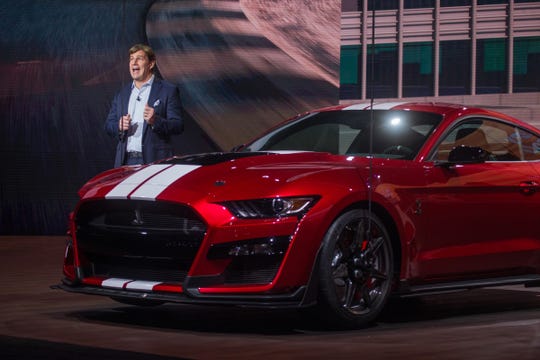 Is this fulfilling a family wish?

“My grandfather and I were very close and he only wanted what’s best for me. When I did join Toyota, I have to say it was not super popular. But he died before I came back to Ford. I was very close to my mom too, and she was alive, and I think everyone was really happy, especially me,” Farley said. “I guess, for me, it’s just a sense of paying it forward to him and to Ford. He didn’t have much. He wasn’t an educated man. He worked in manufacturing plants. But he rose himself up by his own bootstraps to eventually become a dealer and supplier from really nothing, a typical American story. I felt like Ford gave him that chance. 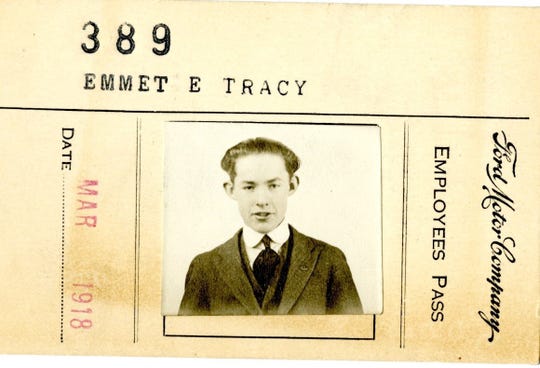 “And I believe my role at Ford is really serving the employees and giving someone like my grandfather a chance, for their family — more of a sense of service and humbly paying it forward for my grandfather and for Ford, for giving our family such a great start.”

What about Wall Street?

“I can’t handicap that, but I think Ford is in a unique position in our industry to take advantage of that intersection between technology and our traditional auto business,” Farley said. “And there’s no bigger opportunity in our eyes than the commercial vehicle space, as it not only goes electric, it goes digital. We think that Ford is so well placed, has such a big opportunity to create value for investors because we have the relationship with customers. We’ve created a unique business model in the past. We can do it again.

“We have the deep know-how of how customers use their vehicle and how it fits into their larger business. So that the infrastructure and software business that can accompany the product is informed. We’re not a newcomer. Will it require some new talent in the company, absolutely.”

Have you talked to former CEO Alan Mulally?

“No,” Farley said. “I’m sure I’ll talk to lots of folks today. But, you know, this is really not about me. It’s about the employees and about celebrating Jim’s (Hackett) contribution to the company.”

“We will work 24/7 to make sure the company lives up to its values of commitment to the customer,” Farley said. “I see great commitment throughout the company, to deal with the issues we’ve had in the past. … We’ve made a lot of progress on long-term quality. What I would tell customers is same thing I’d tell our team: The pursuit is perfection.”

Any wrong turns in retrospect?

“That will speak to ‘why now?’ If you talk to them, you’ll find two things. One, they now can recite some of the principles that I was bringing forth that would help us modernize the company. Secondly, the morale in the company, as we test it or pulse it, is the highest it’s been in decades. I was certain we were reaching them when we started seeing that.

“Finally, you asked about unhappy customers. Ford made the most gains of 100 brands in the last year in terms of its recognition. During the COVID crisis, it’s ranked in the top three brands of all brands in terms of its role and response to the tragedy of the virus.

“As we make the case to the employees of how we have to modernize, you go through an uncomfortable period,” Hackett said. “There’s a number of people who can’t make that transition, who don’t really want the company to change and a bunch that do.

“And so, while going through the whitewater of that, it takes some resilience. What I got to witness in that is the best ally I had beyond Bill (Ford Jr., executive chairman) was Jim Farley. He never ever complained about the change, he leaned into all of it. In fact, during the COVID crisis, he emerges as a leader. That explains, ‘why now.’

“I didn’t expect the pandemic. What crisis does is it exposes real core talent. There’s no choreographed game plan. I got to witness Jim Farley. … I thought, one more year just delays what Bill and I and the board thought — Jim could take control of next year’s plan … really secure the execution of that. It’s just wiser to do it now. That was the thinking behind ‘let’s do it,’ so that Jim can plan 2021.”