If you haven’t figured out how to learn from your mistakes by the time you’re 94 years old, you’re probably doing something wrong. After missing the mark with its first subcompact SUV, Mercedes-Benz — founded in 1926, if you just got on the metaphor bus — learned its lesson and got just about everything right with its second try, the 2020 GLB250.

The GLB is the follow-up to the GLA, a small SUV that proved too small and car-like to win many American buyers. Based on a new architecture, the GLB, which recently went on sale, screams SUV, with traditional boxy styling and a practical interior. 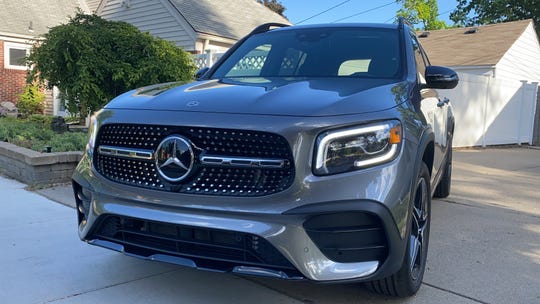 Commercials for the GLB even tout an optional third row of seats, although I suspect the average owner will use it about as often as their appendix. Unlike your appendix, though, the GLB’s rear seat is treated as a selling point, allowing the little SUV to claim seven-passenger status, a rare feature in its class.

Prices for the GLB250 start at $36,600 for a front-wheel drive model. All-wheel drive, which Mercedes calls 4Matic, starts at $38,600, and is likely to be the better-selling drive train.

All GLBs come with a 2.0L turbocharged engine that produces 221 horsepower and 258 pound-feet of torque, typical output for its class. The transmission is a quick and smooth eight-speed dual-clutch automatic. 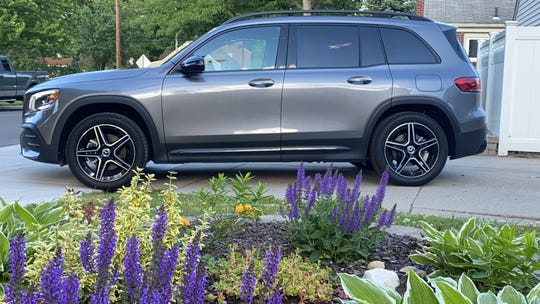 Other standard features include:

It’s a Mercedes, so the option list is as long as the company’s storied history — which actually predates the brand’s founding to Karl Benz’s first car, built in 1885. Options increased the price of the GLB250 4Matic I tested 31% from the base model, to $56,475.

Options on my test car included:

Its price is at the high end of the class.

The GLB’s styling is straight out of the SUV handbook: Upright sides and grille, level roof, big windows and a wide-opening tailgate. It’s a far cry from the GLA, which was smaller, with sleek lines that sacrificed practicality and SUV character for style. A new bigger version of the GLA, based on the same architecture as the GLB, should go on sale later this year, but I expect American buyers to gravitate to the boxier and more traditional GLB.

The ride is smooth, with little road or wind noise even at highway speeds. The SUV accelerates well, thanks to peak torque from 1,800-4,000 rpm, and a 3,759-pound curb weight that’s lighter than most competitors despite the fact that the GLB’s 111.4-inch wheelbase and 182.4-inch overall length lead the pack.

The front seat is accommodating, with easy controls and a roomy center console. Etched aluminum switches on the steering wheel and dash look great, but are not the most legible.

Rear legroom is not a strength, but the cargo space beats all competitors except the X1, and the GLB’s conservative styling contributes to a big, useful opening for loading large objects.

Is this really driver assistance?

The GLB offers lots of standard and optional driver assistance features, including a couple I’d probably turn off most of the time. The adaptive cruise control slows the vehicle in response to changing speed limit signs, curves and exit ramps and upcoming traffic.

That’s great in theory, but the system braked hard as I pulled into the left lane to pass on a divided highway and passed a “45-mph during construction” sign. There was no construction, and my apparently random sudden deceleration justifiably annoyed an F-150 driver who thought I’d pulled out just to brake-check him.

On another occasion the system braked hard when I was in the middle of an urban highway, apparently in response to map data on the speed limit of a nearby service drive. It also appeared to slow me in response to a “truck speed” sign at one point.

The system was also quite conservative in braking for a very manageable curve on the highway.

Not deal breakers, but not the way to make new friends on your commute, either.

Mercedes should refine its sensors and software. There’s an off switch for those features, but “You can always turn it off” isn’t a strong selling point for features that are part of a couple of option packages that add up to over $3,000.

Despite that, the GLB250’s room, comfort and other features make it a strong contender among small luxury SUVs. 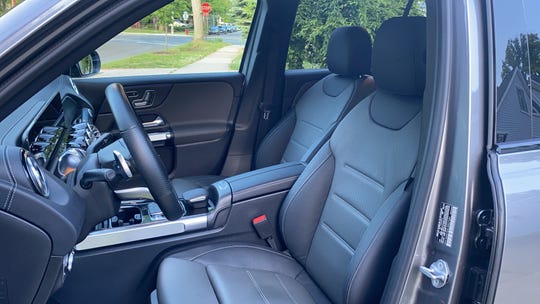