Stocks rebounded Monday from losses last week on optimism that the U.S. economy might start to recover from the coronavirus pandemic after drugmaker Moderna released promising early results for a vaccine.

Shares of Moderna surged 20% after the biotechnology company reported encouraging phase one results for a potential COVID-19 vaccine in a small early stage clinical trial. It showed the production of antibodies to the virus in all of its 45 trial participants, Moderna said, a positive sign of the vaccine’s potential to prevent infection with the virus.

Economy: There may be no Social Security cost-of-living increase next year, early estimate shows

More: Nearly 20% of U.S. adults lost jobs or saw hours cut by early April but most expected to return

Investors appear to be looking past the outbreak to a recovery despite rising infection numbers in the United States, Brazil and some other countries. Forecasters warn the latest market buoyancy might be premature and a return to normal could be some way off.

“There’s still a long road to travel before this vaccine would be available even if it proves to be effective, but any light at the end of the tunnel is welcome,” Paul Hickey, co-founder at Bespoke Investment Group, said in a note.

In the U.S., there have been more than 89,800 deaths and almost 1.5 million confirmed cases, according to the Johns Hopkins University data dashboard. Worldwide, the virus has killed more than 317,000 people and has infected more than 4.7 million. 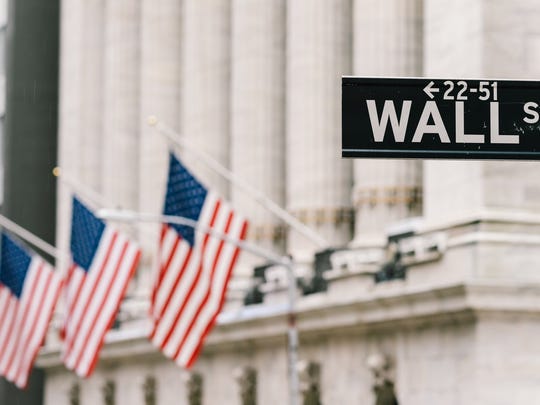 Global financial markets also received a boost after the head of the U.S. Federal Reserve expressed optimism that the American economy might start to recover this year from the pandemic.

In an interview with CBS’s “60 Minutes,” Fed Chair Jerome Powell expressed optimism Sunday the U.S. economy can begin to rebound in the second half, assuming the coronavirus doesn’t erupt in a second wave. He said a full recovery won’t likely be possible before the arrival of a vaccine.

Once the outbreak has been contained, Powell said, the economy should be able to rebound “substantially.”

Powell and Treasury Secretary Steven Mnuchin are due to appear Tuesday before a Senate panel to report on recovery efforts.

Investors are encouraged that, so far at least, there hasn’t been a lot of data implying the reopening of the economy is going to lead to a resurgence in the number of COVID-19 cases, said Sam Stovall, chief investment strategist at CFRA.

Energy, industrial and financial companies led the broader market higher Monday. Shares of Wells Fargo, Bank of America and Citigroup each rose by at least 6.9%.

Shares of home-building companies also advanced after data showed sentiment among U.S. single-family homebuilders rose in May following a sharp downturn in April as the country gradually reopens after lockdowns.

The National Association of Home Builders/Wells Fargo Housing Market Index rose seven points to 37 in May after a record drop last month.