Coronavirus could give rise to alternatives

As coronavirus spreads, people are getting more cautious and creative with their social interactions.

Handshaking is a key part of Michelle Ngome’s networking game as a marketing professional.

Which is why Ngome, president of the African American Marketing Association and host of the “Networking With Michelle” podcast, is already missing it as social distancing rules discourage the age-old ritual.

“We didn’t realize how powerful the handshake is,” she said. “The handshake means connection, it means agreement, cooperation, ‘hi.’ It’s a common courtesy.” But “in the immediate future, the handshake is dead.”

And it might never come back. With the coronavirus pandemic making human touch a potentially lethal act since the virus can be transmitted with skin contact, handshaking has suddenly become socially unacceptable.

Health experts are urging us to stay at least six feet away from people outside of our households to minimize our chances of catching COVID-19, which had infected more than 4.3 million people and killed more than 294,000 worldwide as of Wednesday afternoon.

And some are saying that we should make permanent alterations to the way we physically interact with others to prevent future outbreaks, even after the coronavirus is gone. The handshake could give way to some alternative form of interaction, such as the elbow bump or the footshake.

No bump in benefits?: There may be no Social Security cost-of-living increase next year, early estimate shows

Struggling states: State budget hits due to coronavirus are trickling in and it’s not pretty

“I don’t think we should ever shake hands ever again,” Anthony Fauci, director of the National Institute of Allergy and Infectious Diseases and a leader of the White House’s Coronavirus Task Force, said recently. “We’ve got to break that custom. Because as a matter of fact, that is really one of the major ways that you can transmit a respiratory illness.”

Fauci later clarified on the “Today” show that he was “somewhat serious.”

But if the handshake is truly gone for good, it will qualify as a remarkable turn of events for a practice that has been happening for “thousands of years,” according to National Geographic, which noted that ancient artifacts depict people handshaking. 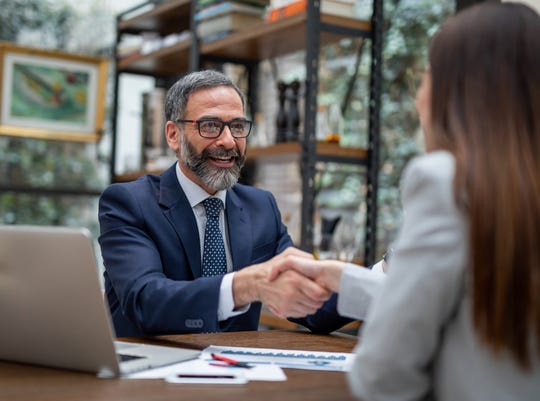 Handshaking may be a thing of the past due to the coronavirus. (Photo: Getty Images)

There’s “no definitive” indication of how the handshake began, though one common theory is that it developed as a way for people to prove to others that they weren’t carrying a weapon, said Juliana Schroeder, a management professor at the University of California at Berkeley, who has studied handshakes.

“It’s very deeply ingrained in the social fabric,” Schroeder said. “It feels like something will be lost” if it goes away.

What we would lose

People who shake hands before beginning negotiations achieve “better joint outcomes,” while executives who shake hands before “antagonistic” talks are “less likely to lie about self-benefiting information, increasing cooperation even to their own detriment,” according to research Schroeder published in 2018.

“What we find is that when you’re in that type of interaction and the other person offers a hand to you, you view that as a signal that the person is willing to cooperate with you,” she said.

Over the course of history, handshakes have marked the end of wars, the beginning of peace talks and the launch of major business deals.

Professor Dustin York, an expert on nonverbal and professional communication at Maryville University in St. Louis, predicted that the handshake may live on in certain areas that haven’t been hit hard by the coronavirus while it dies in other areas that have been.

York, who teaches his students in normal times how to shake hands professionally, said different attitudes toward handshaking will make some people unsure whether they should extend a hand.

“It’s going to be awkward,” he said. “Some people are going to be very passionate about not shaking hands.”

Uncertainty over proper etiquette may prompt employers to put up signs deeming their workplaces as handshake-free zones, experts said.

But would that be enough to change the culture?

Communication experts said that if the handshake goes away, it will likely happen because people organically decide they are not comfortable doing so anymore – not because someone tells them to stop.

If the handshake is gone, it will have a far-reaching effect in the workplace.

In job interviews, for example, “people who shake hands well are more likely to get job offers,” said Greg Stewart, a University of Iowa professor of management and entrepreneurship, summarizing the results of a 2008 study he led.

“Our evidence would suggest that people who shake hands well are socially adept,” he said. “They know how to operate well in social situations. So, the handshake has traditionally been a cue of social awareness and knowing how to interact properly with people.”

In the near future, however, the reverse is true.

“Today the handshake is not going to help you get a job because it would convey you do not have a good understanding of social awareness,” Stewart said.

But Stewart said he’s not sure the handshake is history.

“There is something about physical touch that conveys warmness and intimacy with people, and a handshake is the least invasive form of physical touch, you might say,” he said. “Obviously over the centuries, it’s been an enduring practice.”

In pursuit of a replacement

Could an alternative to the handshake permanently take its place? Experts are skeptical.

“People talk about elbow bumps and things like that,” York said. “At this point, they’re not similar. They don’t convey the same message and warmth and intimacy that would be conveyed by a handshake.”

That said, he suggested an alternative that’s common in parts of the Middle East: placing your right hand over your heart for a few seconds while making eye contact with the other person. 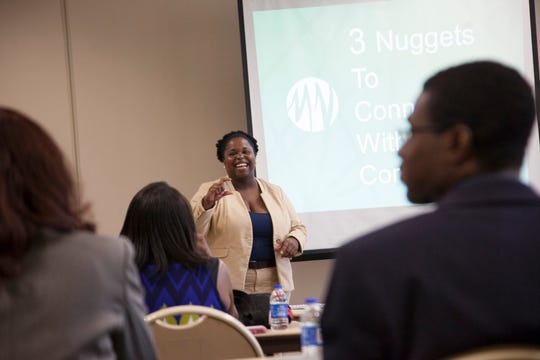 Ngome, the president of the African American Marketing Association, said she has begun to “slightly bow my head” instead of shaking hands.

“I’m leaning in to let you know, ‘Hey I do trust you but at this moment I’m not comfortable shaking your hand or touching,’” she said.

The problem with suggested alternatives is that they may encounter resistance among people who don’t want to change, Schroeder said.

“Alterations to rituals can produce more outrage if people feel like they’re trying to change the value system of the group,” she said.

Ngome, for one, still hopes the handshake makes a comeback.

“Maybe in the next six to nine months, early next year, maybe when a treatment is out and people are way more relaxed and comfortable,” she said. “But I do think as Americans we are going to get back to it.”

Social distancing matters. Here is how to do it and how it can help curb the COVID-19 pandemic.