4 reasons not to freak out over jobs report

Even with the economy freezing up and layoffs surging, there are hopeful signs for recovery following this sudden collapse in American commerce caused by COVID-19.

Stocks posted their best month since 1987 in April, with the Standard & Poor’s 500 cutting its 33% loss from February into late March by more than half through Thursday’s close.

To be sure, economists expect further job losses in May after the unemployment rate jumped to 14.7% in April, the highest since records began in 1948. And some analysts are skeptical that stocks have bottomed. One reason why: the average bear market since 1929 has erased nearly 40% off the S&P 500 index, according to financial-research company CFRA.

Still, investors have been encouraged by states that plan to reopen factories and stores, as well as signals in the economy, like consumer spending, that are very slowly improving.

Here are four reasons you shouldn’t freak out over April’s record unemployment rate.

Angry the IRS garnished your tax refund?: Some spouses of child support debtors will get coronavirus money as IRS works to resolve mistake 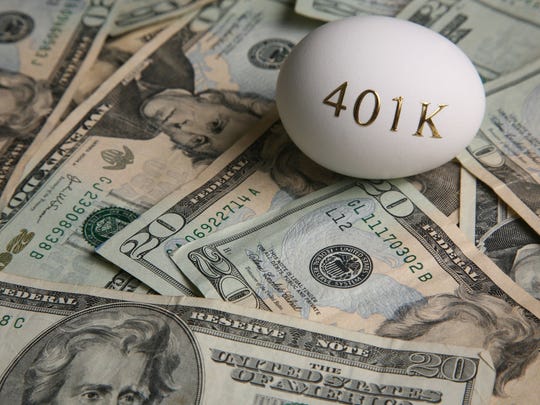 Jobless claims are coming down

The numbers aren’t good, but they’ve definitely been getting better. Initial applications for unemployment insurance have dipped five weeks in a row. And claims should finally fall below 1 million by mid-June, signaling the beginnings of a slow economic rebound, according to Pantheon Macroeconomics.

Stocks have bounced back, for now

Investors hope the worst of the stock market rout may have passed. The Standard & Poor’s 500 index has rebounded 22% from its March 23 low, and is now within 15% of its Feb. 19 record high after the Federal Reserve and Washington pledged to provide massive amounts of emergency aid for the U.S. economy. The Nasdaq Composite has turned positive for the year Thursday, helped by a rebound in high-flying technology shares.

Spending is starting to recover

Bank of America, the second-largest bank by assets, is seeing signs that consumer spending is ticking higher after plunging 30% at the start of the lockdown, as consumers buy more clothing, gasoline and restaurants meals. U.S. aggregate spending averaged about $50 billion over the past four weeks, Chief Executive Officer Brian Moynihan said in an interview last week on CNBC. That’s on par with levels in the fall of 2017. Spending was growing in the upper single digits near 10% before the shutdown and then fell, he added. Now, it’s flat compared with last year.

Investors have found some solace after countries in Asia that have reopened their economies haven’t shown a renewed surge in coronavirus cases. South Korea and Hong Kong, for instance, have relaxed pandemic restrictions without having a jump in cases.